Kasingye now remains a political commissar with the Police Force.

Kayima has been a spokesman for Kampala Metropolitan Police and he is known for his good rapport with the media.

Kayima’s appointment comes at a time when Police reports by World Internal Security and Police Index (WISP), International Science Association (IPSA) and the Institute For Economics and Peace (IEP) ranked the Uganda Police among the worst five Police Forces in Africa.

The Uganda Police, however, said it still studying the report and soon it will release a statement based on the four domains of capacity, process , legitimacy and outcomes that were based on to make the report.

Kasingye believed the force is one of the best Police Force in the region and faulted researchers for not following proper criteria.

He added that the Uganda Police Research ,Planning and Development Directorate will soon make its report that will be availed to the media. Below is the full statement. 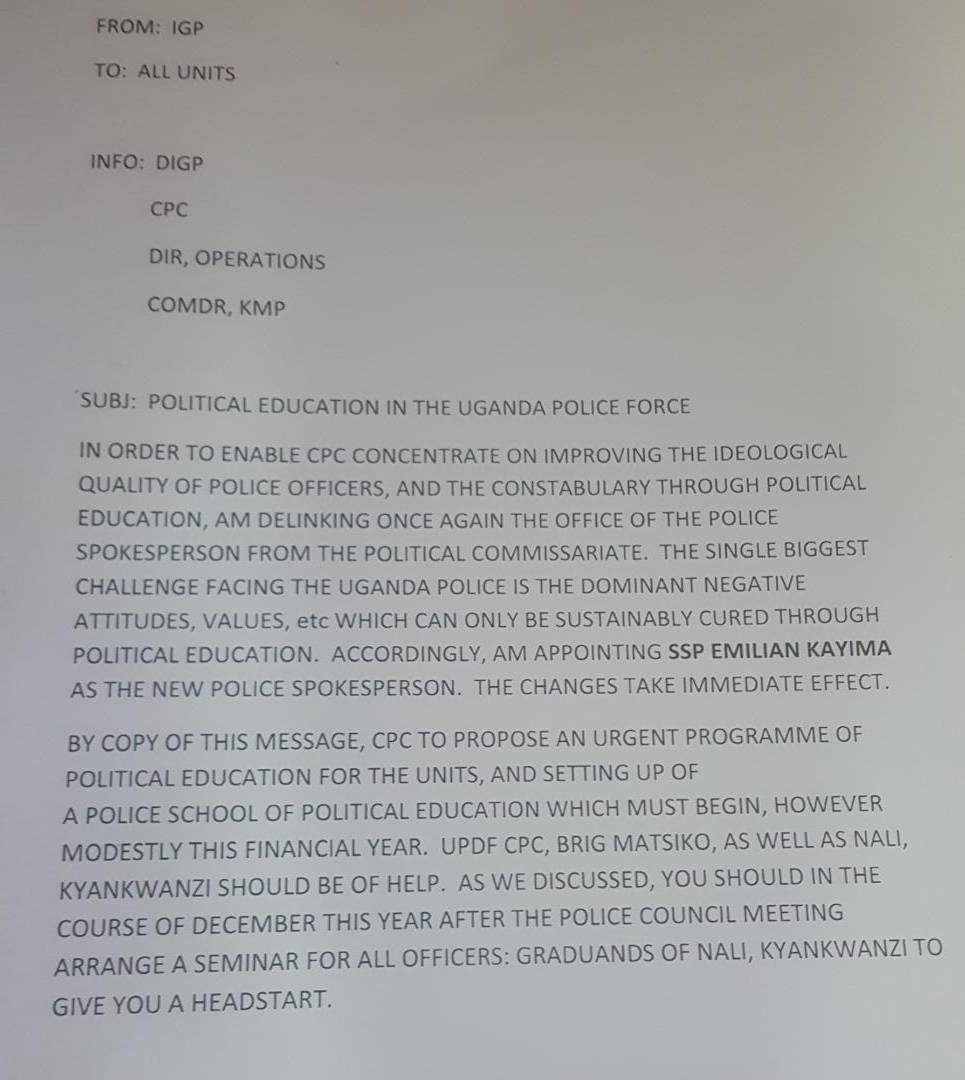