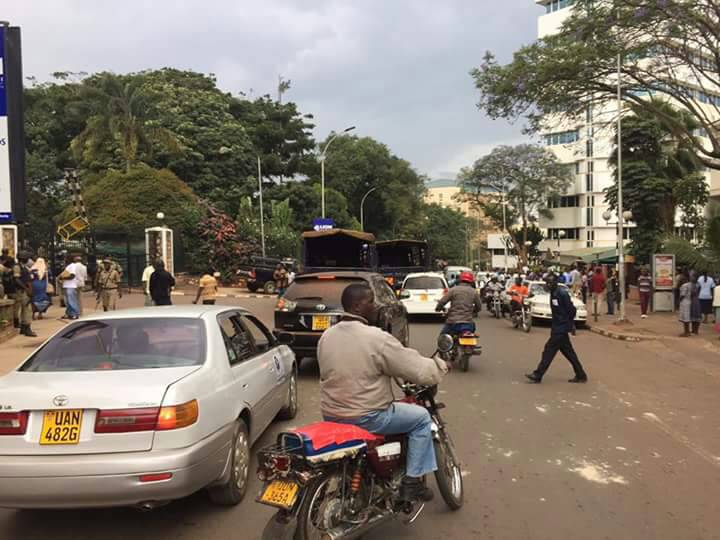 The unidentified female vendor was fleeing with her tiny load of merchandise when she plunged into Nakivubo Channel around Mukwano Road.

“After the chase the enforcement officers left her body there on realising that she is dead ” said one of the boda boda men at the scene.

Angry onlookers and vendors then carried the body to City Hall as the demonstration gathered momentum.

Police were called in from Central Police. A patrol truck raced through the Kimathi Street area en route to City Hall from where officers took possession of the body.

The body was then first taken to Central Police Station before being driven to the mortuary at Mulago Hospital.

Lord Mayor Erias Lukwago in a statement posted on Facebook denounced what he described as the unending impunity in the country.

He regretted the incident saying this terrible situation reminds one of how the downtrodden masses continue to suffer.

“An innocent, poor lady being hounded to death by the KCCA law enforcement officers! I still maintain that it is not a crime under our laws for the underprivileged to earn a living from petty trade,” the Lord Mayor said.

KCCA has released a press statement on the accident saying the matter has been forwarded to Uganda Police for further investigation. The authority also extended their deepest condolences to the family of the deceased.