What Otafiire must do to swing Parliament on land question 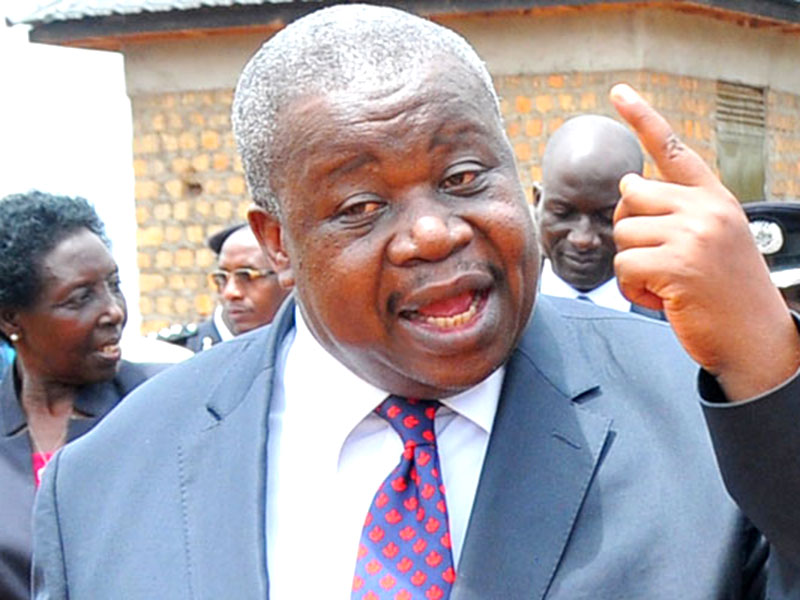 PARLIAMENT–With an overwhelming majority in the House some pundits would have thought that this was an easy shoe-in. But the Constitutional Amendment Bill, 2017 has met with such resolute, and bipartisan, opposition that the government is looking startled and is on the back foot.

Instead of having the proposal done and dusted in record time since, after all, this is about investment and development of the country – both pet themes of President Museveni, Cabinet now finds itself in the peculiar position of having to hammer out a compromise with Parliament.

Introduced last month, the bill seeks to amend Article 26(b) of the Constitution in order to give government the right to compulsorily acquire private land meant for public infrastructure projects prior to making fair and prompt compensation.

Labelled unconstitutional by those opposed to the bill, the opposition and the civil society have wasted no time in condemning the bill as another tool for human rights violation.

They passionately argue that compulsory acquisition of land without prior payment will leave land owners disenfranchised and at the mercy of a government whose record on paying its bills remains very poor.

The article as it stands prevents the acquisition of land by the government without prior fair, adequate and prompt compensation.

Between them, they argue that land owners hold out for exorbitant compensation awards and go to court to secure injunctions against public works until they are satisfied with the settlement.

On Tuesday the two ministers appeared before the Legal Affairs committee of Parliament which is conducting public hearings and scrutinising the bill. The task before them was impossible. Their justifications fell on deaf ears as all the MPs on the committee failed to see the rationale for the amendment.

The objections to the bill are grounded in the fact that there is absolutely no need to amend the Constitution in order to cure a problem that can be solved administratively.

Monica Amoding, the Kumi Woman MP, is one of the legislators who has questioned the proposal with single-minded dedication. She joins Bugweri County MP Abdu Katuntu, Ndorwa West MP Wilfred Niwagaba, and Busiro East MP Medard Sseggona, who have been vociferous in calling for the courts to, instead be required to expeditiously hear and dispose of land disputes.

Their advice is that setting up a disputes resolution tribunal would work very well in breaking any deadlock where acquisition meets with resistance.

Gen Otafiire, however, adamantly rejects any suggestion that answers to the country’s already vexed land question can be found in court. Such an approach, the minister maintain, won’t solve the problem since the court process is fraught with appeals and applications for constitutional interpretations which can drag on endlessly.

With no agreement in sight, the minister asked for two weeks to revert to Cabinet.

In the intervening fortnight, the debate over compulsory land acquisition can only get more heated in the public space.

Unanswered fears that this could be a clever plot to facilitate a massive land grab by regime insiders, objections over the very constitutionality of the bill and pressing questions regarding the right to property have captured the public imagination.

Civil society organisations have also asked that this proposal be rejected on technical grounds. A July 17 statement signed by more than 20 of these organisations drew attention to Article 92 of the Constitution which bars Parliament from enacting any law whose effect would be to alter the decision or judgement of any court.

In Constitutional Appeal No.2 of 2014, the Supreme Court ruled in a matter brought by Asumani Irumba and Peter Majelah against the Uganda National Roads Authority. The court declared that taking possession of land prior to payment of compensation contravened the right to property as enshrined in Article 26(2) of the Consitution.

What this suggests is that Cabinet is trying to get Parliament to, in effect, reverse the Supreme Court ruling through infection, and in so doing, to dabble in perverse and patently unconstitutional behaviour.

PML Daily reached out to the Judiciary for its position on claims that land case hearings take forever, and how they can help reduce the burden of delayed compensation.

Vincent Mugabo the Judiciary spokesperson said that if a recommendation by Parliament to increase the number of High Court judges from 50 to 82 is approved then the backlog would be dealt with and cases would be heard in a fair amount of time.

“We would also expedite new cases that would be in the system,” Mugabo assures.

Human rights lawyer Nicholas Opiyo however says that the problem has nothing to do with the efficiency of the judicial system. He observes that there has to be a compulsion by law that requires courts to have land disputes involving project-affected-persons to be disposed of within a specified timeframe as stipulated in law.

He says this is already being done for matters of family disputes and election petitions.

“Even if you appoint 50 judges now the case backlog would not be completed in ten years,” he argues.

Katuntu has fronted the solution of alternative dispute resolution where land owners and government can reach an amicable settlement out of court. While addressing Otafiire in the legal committee this week Katuntu raised the example of Nalongo Estates which was holding out against the National Water and Sewerage Corporation works at Centenary Park. He said work is now progressing after the parties sat down at the behest of the President and reached an agreement.

Katuntu also emphasises one of the most outstanding arguments raised by opponents of the bill. He notes that government owes land owners billions in compensation even when the tenants gave way and were dispossessed of their land, and that some of the projects for which the land owners were displaced have long been completed.

This argument is buttressed by the executive director of the Civil Society Budget Advocacy Group, Julius Mukunda, who believes that the amendment will not cure the problem of delayed public works since the government does not have money to compensate land owners.

“Even where people to be compensated are genuine and have accepted the value of their properties government has not been able to pay them,” he remarks.

Opposition chief whip in parliament Ibrahim Semujju Nganda says the problem of compensation awards would not be a worry if the government had mapped out the country and documented, in advance, which areas were earmarked for public works.

Semujju believes a planning guide will help government to decline to issue building permits or to allow private developments in areas designated for public works, and hence bring compensation costs down.

Hopefully, Gen Otafiire will look at these and other proposals emerging in the loud public debate when returning with what, hopefully, will be a more palatable compromise in two weeks’ time.