Special Report: How Museveni is setting up Kamya to fight for Kampala

KAMPALA–Though off the front news pages the fight for ownership of Kampala city’s soul is still being fought just as bitterly. Below the political radar almost everyday, the NRM leadership is hard at work, trying to recapture Kampala city – a feat last accomplished in the 2011 general elections when it won most council seats.

On the other side, the opposition parties, mainly Forum for Democratic Party (FDC) and Democratic Party (DP) are not sleeping. Both parties badly defeated the NRM in last year’s general elections, sweeping almost all the political seats in the city. Their every political move is, just as equally, calculated to perpetuate themselves in office.

After that bruising defeat, regime strategists returned to the drawing board.

They embarked on an elaborate plan involving amending the KCCA Act to slash the powers of elected leaders, especially the Lord Mayor. The plan is to transfer whatever executive powers are currently held by the Lord Mayor to the Minister for Kampala, who is appointed by the President.

The first KCCA amendment Bill was even more radical. It had proposed an astonishing idea which would have denied city residents their constitutional right to elect the Lord Mayor.

Voting for the Lord Mayor would be transferred to city councillors under the new dispensation.

But when the KCCA Amendment Bill, 2015 faced sharp public criticisms, the government, wary not to further upset an already hostile constituency, made a U-turn. It has burnt its fingers several times through similar schemes, severely undermining the President’s desire to win the hearts and minds of Kampala – a Kampala which firmly remains in the embrace of the opposition.

Among them is a double-edged clause maintaining the citizens’ right to vote for a Lord Mayor through universal adult suffrage. But this elected official’s powers would then be stripped down as head of the city. Most executive functions will be handed over to the Kampala minister.

Other proposals in the Bill touch on academic qualifications for city councillors and creation of the office of the Speaker.

Lord Mayor Erias Lukwago says the Bill was drafted in bad faith, and with the intention of undermining the elected leaders.

He asks that the Bill be tabled to the authority, Lukwago heads, so that the 35 city councillors internalise it well.

“And then we see the missing gaps. But the one they presented in Parliament, we totally rejected it,” he says.

Section 11 of the KCCA Act empowers the Lord Mayor to perform the executive functions in the city, including to develop strategies and programmes for the city. Once that section is amended and powers are given to the Kampala minister, the Lord Mayor will be left to only officiate at authority meeting sessions, and to chaperon international visitors to the city.

Of course, this will have a negative impact on the politics of Kampala city. And the opposition’s MPs in Kampala (they hold seven of the nine constituencies in the city, with two opposition-leaning independents) are preparing to have their say in Parliament. The opposition knows it is strong Kampala city, as is the case in a number of urban areas across the country.

“I am busy mobilising NRM MPs, who are the majority in Parliament, so that we speak with one voice. We have to reject this Bill. We did so in 2015 when government was attempting to usurp the people’s power. It wanted to scrap electing leaders in Kampala. And if it means this time going to courts of law, we shall sue government,” says Ibrahim Kasozi, Makindye East MP.

But Beti Kamya, the Kampala minister says something has to be done.

“KCCA has so many contradictions which have to be corrected,” she told PML Daily.

Legally speaking, George Musisi, a legal analyst, says that the effect of stripping the powers of the Lord Mayor will be to disempower the voters and deny them a voice in the management and administration of the city.

“An elected official is given the mandate by the voters and the political wing of the city is the representation of that mandate and not an appointed minister. So, it would have the effect of disempowering the people from the political process,” Musisi argues.

Opposition politicians have a reason to worry. Even before Kamya, the Kampala minister is legally empowered, she is dominating the spectrum.

With the backing of President Museveni, Kamya’s ministry was given about Shs 200 billion in this financial year, a budget almost equal to what KCCA’s technical wing received from the central government at about Shs 300 billion, to provide social service in the city.

This was the first time since the inception of KCCA in 2010 for the Kampala ministry, which used to be a department under Office of the President, to have its own budget.

Other analysts argue that these substantial funds were allocated to Kamya to conduct subterranean political mobilisation in the city.

This is the same view Moses Katambu, one of the city councilors, holds. He argues that President Museveni is using Kamya to weaken the opposition in the city.

“Instead of working with elected leaders to find permanent solutions to problems like garbage, the housing crisis and high rate of unemployment, she is fighting elected leaders; and convincing opposition members to join NRM party,” Katambu argues.

To Lukwago, Kamya wants to take over the management of the city. And this week, she met leaders at division levels, including the mayors and the councilors. 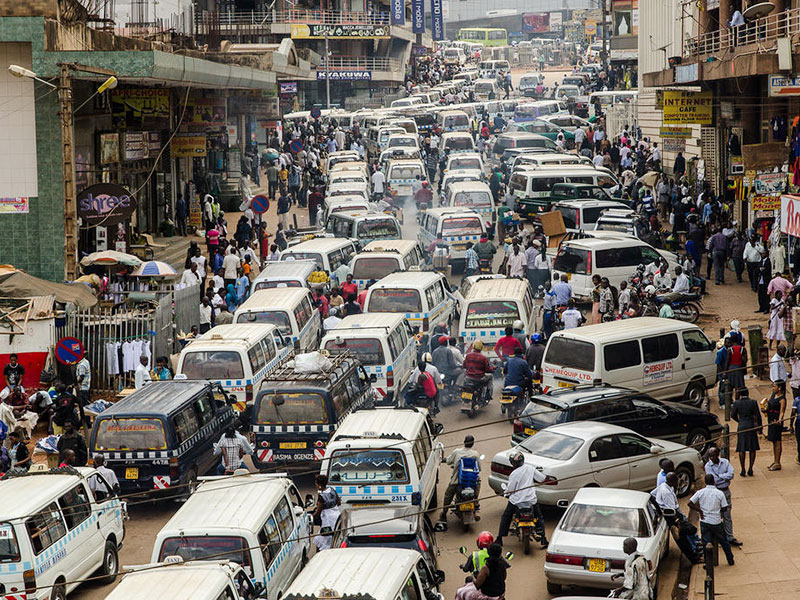 One would think Kamya’s machinations would be making the ruling party happy. To the contrary, she appears to beachieving the opposite effect. Salim Uhuru, the chairman of NRM Kampala Central, says it will be a miscalculation for the NRM party to think that Kamya is working for them.

“Kamya is a brilliant woman. One time she contested for the Presidency. She is marketing herself to be relevant when Museveni leaves power,” Salim notes.

Kamya is also considered by old guard NRM members in and around Kampala to be an interloper since she only recently has been a fist-swinging member of the opposition. The minister is also a sitting president of the Uganda Federal Alliance party, a small anti-Museveni operation in its own right.

The additional amendments call for the creation of the Speaker’s office at City Hall. The Speaker and his deputy will convene the authority meetings, roles which the Lord Mayor is currently performing.

Once the Bill is passed, illiterates or the lowly educated will have no chance to participate in Kampala’s elective politics. Only those with senior four and six academic qualifications will be eligible to contest for council seats at the division levels, and at City Hall, unlike the case now when any popular upstart can be voted into office regardless of education.

Some councilors like Bruhan Byaruhanga are backing this clause, saying that it will help the councilors to supervise KCCA technical wing well.

“Some issues the technical wing brings to us, for one to be able to interpret them, you must have attained some level of education,” he says.

True, on the face of it, this may as well be a progressive amendment. But on the downside it also undercuts a large proportion of the body-politic which makes up the bulk of the opposition’s support in the city – the uneducated, unwashed masses.

But manoevring to take control of the city’s politics, still, may not feel the same as winning an election, winning the people’s unreserved mandate on a popular ballot.