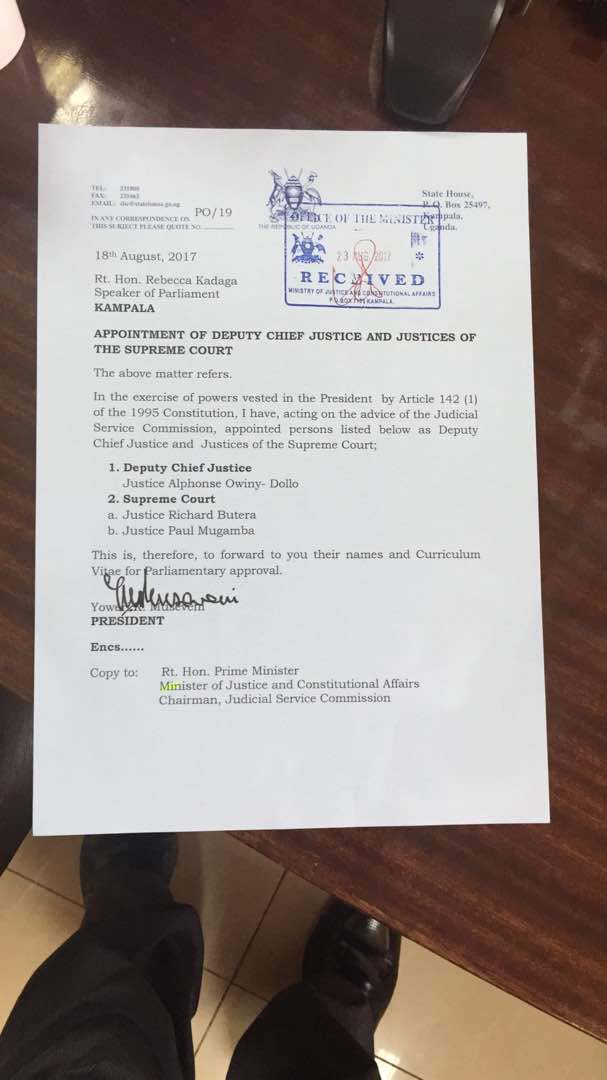 Justice Owiny-Dollo replaces Steven Kavuma who retires next month. His appointment was communicated by President Museveni to the Speaker of Parliament Rebecca Kadaga in an August 18 letter.

Their nominations will take effect upon receiving approval of the House Committee on Appointments.