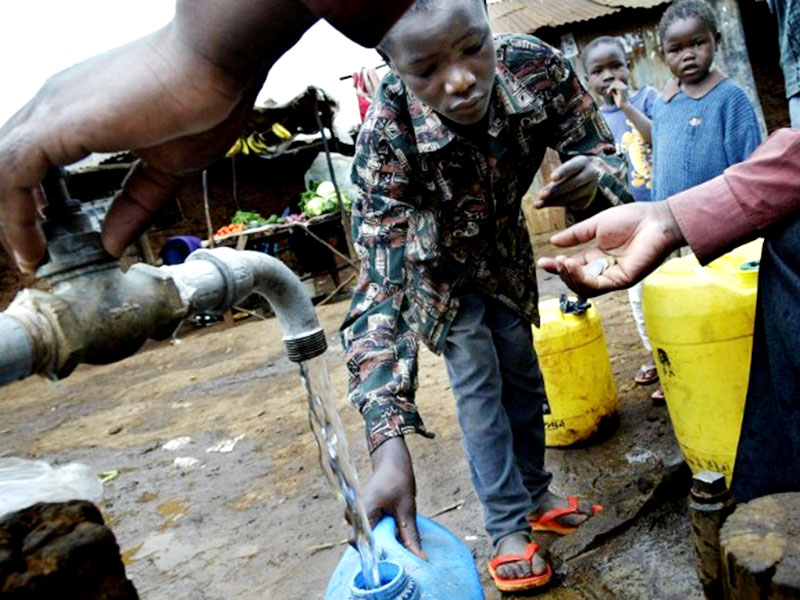 BUGIRI–There was drama in Nkusi B Zone in Bugiri municipal council yesterday when a group of locals forcefully bathed a chapatti seller.

Much as Salim Kagoda is sought after for being among the best chapatti makers in Bugiri Municipality the 35-year-old had allegedly spent over eight months without taking a bath despite several pleas from friends and business associates.

Customers had also on several occasions complained of Kagoda’s body odor whenever they could go to buy chapattis from him.

On Sunday, locals could hold no longer as they forcefully undressed him and bathed him.

Passers-by cheered as a group of over 20 locals ferociously scrubbed Kagoda using a brush and sand as he yelled in both pain and embarrassment.

The bath rescuers also bought for Kagoda body jelly which he smeared himself, revealing a brown handsome face from a man who grew darker as a result of months of not taking a dip. His clothes were also washed afterwards.

The local leader, Patrick Musoke, said the forceful bath was launched as part of a campaign to ensure all chapatti sellers operating in the area take a bath before embarking on their business.

Musoke said the hygiene of chapati sellers in the municipality has been wanting.