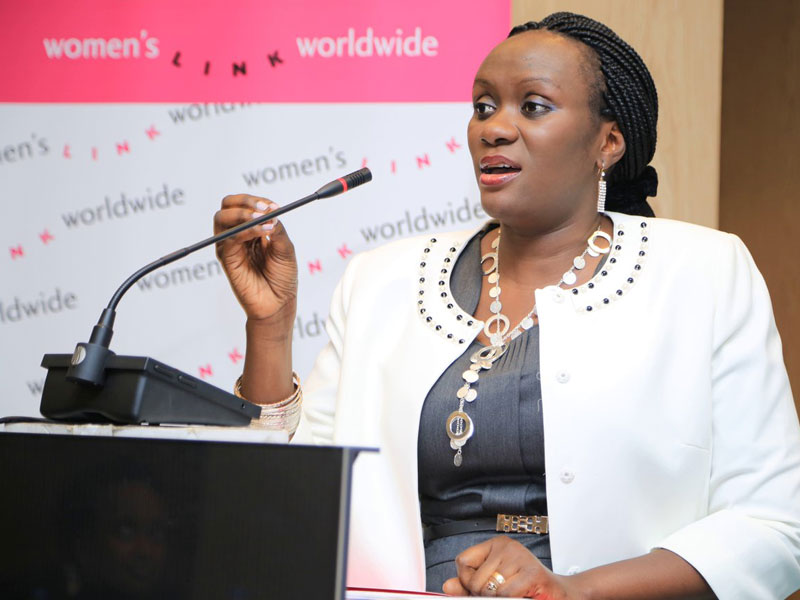 KAMPALA. Justice Lydia Mugambe of the High Court in Kampala has won the People’s Choice Gavel Award at the 2017 Gender Justice Uncovered Awards.

The people’s choice is a special award given to the decisions that gain most of the votes from the public via the Women’s Link Worldwide organisation website.

In the online poll Lady Justice Mugambe’s landmark ruling of January 2017 that found Mulago Hosopital guilty of negligence resulting in the disappearances of a newborn garnered 3,829 votes to beat 17 other rulings that were nominated for the best judicial decision worldwide.

Judge Mugambe’s nomination is still up for the running for a panel of jury to decide on the Gavel. Three judicial decisions that best promote gender equality will be awarded later this month.

Judge Mugambe’s ruling beat other bold judgements by courts from three African countries, including from neighbouring Tanzania where a judge ordered the government to eliminate child marriage and set the legal age to marry at 18 for both sexes.

The other decision, from Senegal, is a case in which court sentenced former dictator of Chad Hissène Habré to life in prison for international crimes committed against women, including sexual slavery, sexual violence, and rape.

The Gender Justice Uncovered Awards were created by Women’s Link Worldwide, an global organisation, to recognise that, worldwide, what judges and courts say have a tremendous influence on the sense of justice and in the day-to-day lives of people.

The Awards highlight decisions or statements made in the context of a legal process by judges, members of human rights committees, asylum offices, prosecutors, or ombudsman, which have impact on gender equality, including those related to sexual and reproductive rights, gender violence, and gender discrimination.

In March 2012, Jennifer Musiimenta was taken to National Referral Hospital, Mulago, in labour. Midwives would soon find out that Musiimenta was a typical peasant expectant mother: no medical insurance and access to basic healthcare, not attended antenatal care throughout the nine months.

This is a typical milieu in the Ugandan health sector. What mattered was that Mulago Hospital could help her give birth. And then the discovery: Musiimenta was expecting twins. She was not aware of this. So was her husband Michael Mubangizi.

In their ignorance of the presence of twins, a cunning midwife could have smelt manna from heaven. It wouldn’t be the first time, after all, cases of missing, switched or stolen babies being rife at public health facilities in the country. If well executed, the scheme would go unnoticed. A loss for the deer could be a win for the tiger.

Since the would-be parents were not aware that they were expecting twins, the equation would be to just deliver the twins and hand over only one baby. And so it happened.

However, the parents got wound of the fact that they had had twins. They filed a case at Mulago Police Post, forcing the hospital administration to unleash Plan B—a dead child.

Not convinced, the couple carried out a DNA test on the body, whose result showed that they were not the biological parents of the body given to them.

The parents, spurred on by the Centre for Health, Human Rights and Development (CEHURD) advocacy, sued Mulago Hospital executive director Dr Byarugaba Baterana jointly with the Attorney-General, asking that the court orders the hospital to surrender their baby dead or alive.

In her judgement, Judge Mugambe ordered police to conclusively investigate the disappearance of the baby, the midwife who handled the baby at birth to be held accountable, for Mulago Hospital to take steps to ensure and enhance the respect, movement and safety of babies in the facility, dead or alive.

The decision, in which the parents were also Shs85 million in damages, specified that a woman’s inability to access sufficient antenatal care demonstrates a failure on the part of the State to fulfill its obligations under the right to health.

In addition, it determined that the couple was a victim of psychological torture by not giving them the body of the deceased baby, for denying them the right to a dignified burial and for not being able to mourn their deceased child.

This is not the first time the Lady Justice is being recognised for her social justice work. The judge was among the winners of the 2015 Women of Courage Awards alongside Col Rebecca Mpagi, a nurse Winnie Nakalema and an entrepreneur, Donata Komuhangi.

Bad Black dragged to Police over failure to pay for clothes

Bad Black dragged to Police over failure to pay for clothes