GENEVA —The latest report on the progress towards the Start Free, Stay Free, AIDS Free targets shows that despite great progress made since the early days of the epidemic, the HIV response for children has fallen behind. Year after year, the bold target of eliminating new HIV infections among children is being missed and children are dying needlessly from AIDS-related illnesses—deaths that could be prevented with simple and cheap treatments if the children were diagnosed and treated in time.

“To see so many tools available, so many new HIV infections among children that have been prevented, so many children living with HIV doing well, but to see others missed and still left behind is a tragedy,” said Winnie Byanyima, Executive Director of UNAIDS. “We cannot accept that tens of thousands of children still become infected with HIV and die from AIDS-related illnesses every year.”

The Start Free, Stay Free, AIDS Free framework has three simple concepts. First, babies have a right to enter the world free from HIV. Second, through HIV prevention, children, adolescents and young women have a right to stay free from the virus. Third, children and adolescents who do acquire HIV have the right to be diagnosed, treated and cared for, so that they can remain AIDS-free.

By ensuring that pregnant women living with HIV are diagnosed, started on and retained on antiretroviral medicines during pregnancy, delivery and breastfeeding, the chance that they will pass on the virus is less than 1%. Globally, 85% of pregnant women living with HIV received those medicines in 2019. But despite this high coverage, children are still becoming infected due to unequal access to treatment services (primarily in western and central Africa), women falling out of care and pregnant and breastfeeding women becoming newly infected with HIV.

“As a global community, we have made remarkable progress toward controlling the HIV pandemic, yet we are still missing far too many children, adolescents and young women,” said Angeli Achrekar, Principal Deputy United States Global AIDS Coordinator, United States President’s Emergency Plan for AIDS Relief. “We must all redouble our efforts to urgently reach these critical populations—and PEPFAR remains deeply committed to doing its part.”

“For too long, the response to HIV has overlooked children, adolescent girls and young women,” said Henrietta Fore, the Executive Director of the United Nations Children’s Fund. “But there is hope. The recent momentum in reducing new infections among adolescent girls and young women in countries like Eswatini and South Africa show us what is possible when governments and communities, led by girls themselves, join forces. We must not let COVID-19 and its economic headwinds slow us down. We must remain bold and ambitious in our joint efforts to ensure that the next generation of children remain free of HIV and AIDS.”

So that children and adolescents stay AIDS-free, countries called for ambitious but achievable targets for HIV treatment for children—to provide 1.4 million children living with HIV with antiretroviral therapy by 2020. In 2019, however, only 950 000 (53%) of the 1.8 million children living with HIV were receiving HIV treatment—much lower than the 67% of adults on treatment. It is clear that to save lives, the missing 840 000 children not on treatment —an estimated two thirds of whom are estimated to be between 5 and 14 years—must be diagnosed and treated as a matter of urgency.

“The lack of optimal HIV medicines with suitable paediatric formulations has been a longstanding barrier to improving health outcomes for children living with HIV, contributing towards low treatment coverage,” said Tedros Adhanom Ghebreyesus, the Director-General of the World Health Organization. “Access to services for vulnerable groups must be expanded through stronger community engagement, improved service delivery and tackling stigma and discrimination.”

Despite the failures, the positive news is that we do know how the world could have met the Start Free, Stay Free, AIDS Free targets. And with enough commitment, we can still overcome the main obstacles to the targets and reverse the failures.

“The past decade has been marked by innovation and progress in the field of paediatric HIV, but the dramatic miss on targets for children in this latest report is simply unacceptable. We must urgently renew our commitment to fighting for an AIDS-free generation, but today, as a global community, we are failing the most vulnerable among us: children and youth,” said Chip Lyons, President and Chief Executive Officer, Elizabeth Glaser Pediatric AIDS Foundation.

“We can do better. We must do better,” added Ms Byanyima. “We know how to save lives and stop new HIV infections among children. I demand that we spare no effort. Anything less is shameful.”

UNAIDS and the United States President’s Emergency Plan for AIDS Relief launched the Start Free, Stay Free, AIDS Free framework in 2016 to build on the achievements of the Global Plan towards the elimination of new HIV infections among children by 2015 and keeping their mothers alive, which ended in 2015. 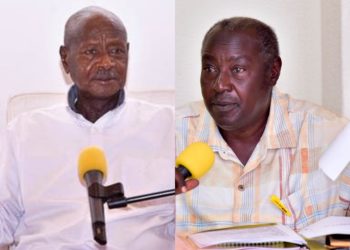