NRM Manifesto Week 2020: We have so far delivered 75% of our service targets – ICT Minister

KAMPALA – The Minister of ICT and National Guidance Judith Nabakooba has reported a 14.8% growth rate of ICT services in Uganda in the past four years as she presented the sector’s performance in the NRM Manifesto on Monday.

Nabakooba said that the sector’s contribution to GDP averaged 3.1% and significantly contributed to national revenue as telecoms are the leading taxpayers.

She said Free Wi-Fi dubbed ‘MyUg’ is provided to the general public in 284 locations in the Central Business District of Kampala and Entebbe from 5 pm to 6 am on Monday to Friday and full availability over the weekends.

“There are over 2 million users are on the MYUG platform each month.

Additional MyUG 300 locations will be provided around the country before December 2020,” she said.

Nabakooba revealed that the National Data Centre and Disaster Recovery site have been upgraded to Tier 3 classification, hosting 60 MDAs, over 94 critical applications and 358 websites.

She said 22 base stations in rural areas upgraded from 2G to 3G to provide internet to over 1,000,000 Ugandans.

According to Nabakooba, there are over 25.6 million mobile phone subscribers,

15.2 million internet users and 26.4 million mobile money subscribers with an active user base of 15.6 million.

“Mobile transactions have reached a high of UGX. 19 trillion,” she said.

“Government is promoting ICT innovation to create jobs, for import substitution and to avoid over-dependence on foreign ICT products,” she said.

She added that “UCC has formulated Content standards and conducted training to guide media practitioners against biased and irresponsible reporting.”

Nabakooba noted that her ministry is in plans of establishing a national service program.

“A bill to operationalize article 17 and objective 29 of the Constitution of the Republic of Uganda on the duties of a citizen is in progress,” she said.

She revealed that in 2016, President Museveni directed the Ministry of ICT&NG to promote assembling and manufacturing of electronics in Uganda.

In November 2019, Mobile Phone and Computer manufacturing by Simi Mobile was launched by HE in Namanve, Nabakooba said.

“The company has just shipped the first consignment of 18,000 mobile phones assembled in Uganda to Morocco,” the minister said.

Commenting on the revamp of the UBC, the minister said the UBC national radio service has been restored in the areas of Kisoro, Rubirizi, Arua, Soroti and Lira, Mbarara, Masaka.

“Transmission equipment has been ordered to set up new radio transmission sites in the border areas of Kapchorwa, Bukwo, Kotido, Kitgum, Pakwach, Rakai, Rubirizi, Rukungiri, Moyo. This project will increase radio network coverage from 70% to 85% when it is completed in July 2020,” she added. 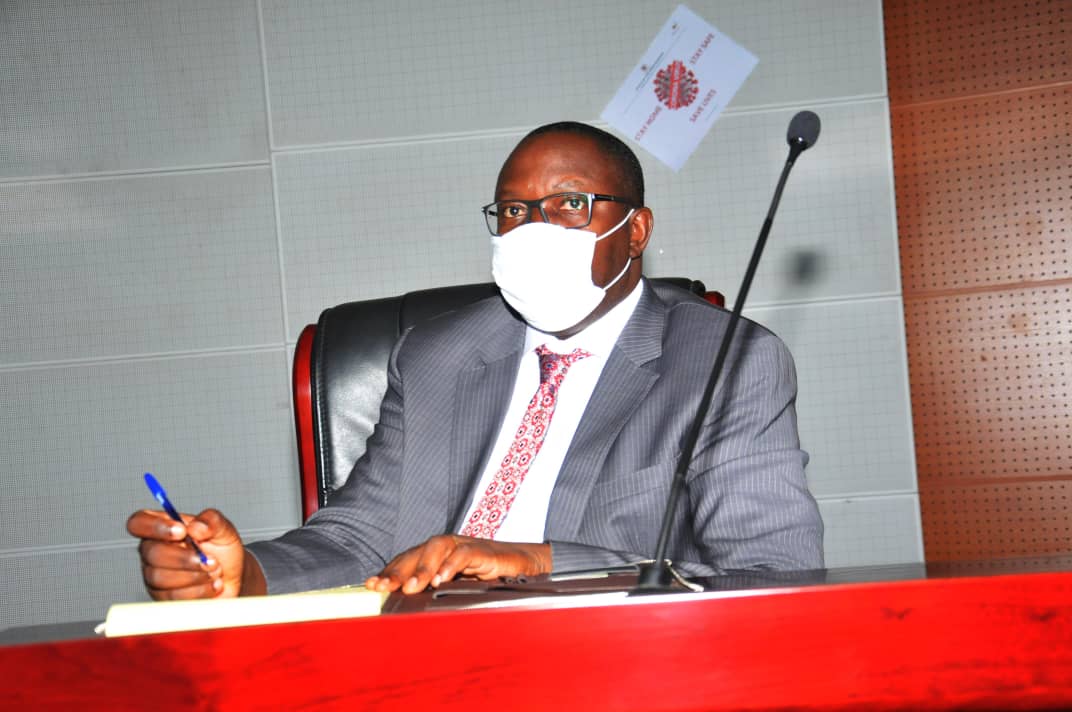 Nabakooba noted that the ministry faces challenges such as limited appreciation and understanding of national guidance and national service programme to inculcate patriotism in the citizenry.

She added that “UBC has an accumulated debt portfolio of UGX. 75Bn including the principal, penalties and interest on funds owed to NSSF, URA, UMEME and NWSC.”