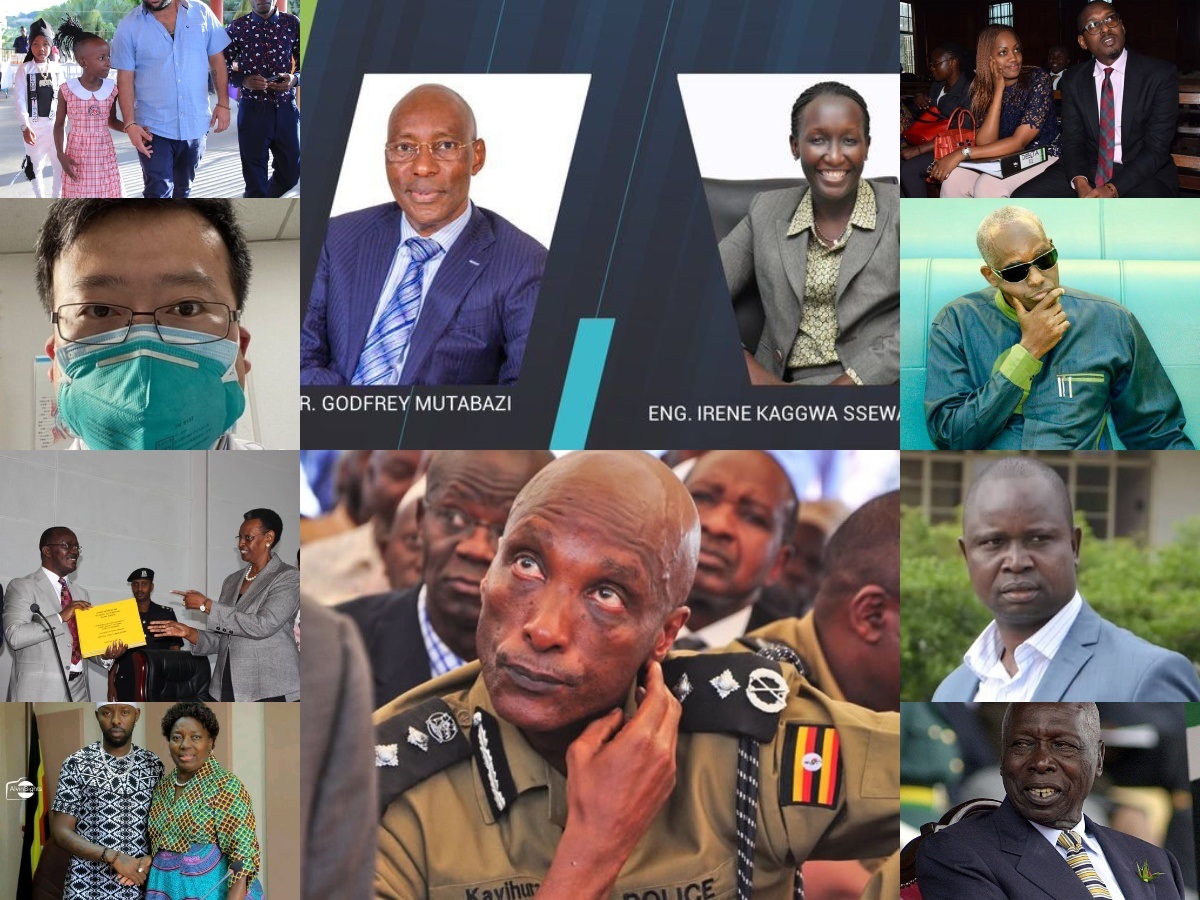 His death was announced on Tuesday morning by President Uhuru Kenyatta who sent his condolences to the family. Mr Moi was to turn 96 this September.

Kenzo made the plea on Monday, February 3 while meeting with Speaker Kadaga at Parliament to brief Parliament about his achievements in the entertainment industry defending his use of luganda noting that his consistency in use of Luganda is one of the ways of promoting Uganda worldwide.

KAMPALA – The Makidye based General Court Martial on Tuesday, February 4, released on bail four persons who are facing charges of aiding and abetting kidnaps of Rwandan refugees together with the former IGP Kale Kayihura.

The group appeared before a panel of seven members led by Lt Gen Andrew Gutti two years later who has granted them a non-cash bail of Shs10million and their sureties a bond of Shs20million.

KAMPALA – A UGX.15 billion budget was set aside as contingency to fight the spread of locusts, Accountant General Lawrence Semakula has said.

Appearing before the Committee on Public Accounts-Central Government, Semakula said the funds are to be drawn from the Contingency Fund, just in case the destructive insects cross over from Kenya.

Together with senior officials from the Ministry of Finance, Semakula was led by Permanent Secretary in the Ministry and Secretary to the Treasury, Keith Muhakanizi.

KAMPALA – Speaker of Parliament Rebecca Kadaga directed the Ministry of Education and Sports to carry out national wide consultations from all stakeholders on the new secondary school curriculum before enrolling it in schools.

Her directive followed support to a motion tabled by Nandala Mafabi (Budadiri West MP) calling on Parliament to halt the system after MPs raised a number of questions to a statement tabled by Rosemary Seninde, Minister of State for Primary Education.

KAMPALA – The trial of Kampala businessman Matthew Kanyamunyu and his Burundian girlfriend Cynthia Munwangari resumed Tuesday in Kampala as a sixth witness took to the stand to testify that the late Kenneth Akena told him a wrong scene of crime in his dying declaration.

The sixth witness, John Paul Nyeko, a cousin to the late Kenneth Akena, revealed to court that Akena told him he had been shot after he scratched a car as he tried to park at Game stores in Lugogo.

The witness had appeared before the criminal division of the High court to testify in a case in which businessman Kanyamunyu, his Burundian girlfriend Cynthia Munwangari and his brother Joseph Kanyamunyu are charged with the murder of Akena in November 2016.

KAMPALA – The Speaker of Parliament, Rebecca Kadaga cleared a motion that would set in pace the process of censuring the Minister of Security, General Elly Tumwine over contempt of parliament after a report implicated him in blocking MPs on Parliament’s Human Rights Committee from accessing suspected safe houses during the Committee’s investigation into alleged torture by security operatives.

The motion to censure Tumwine followed a report tabled by Nantume Egunyu (Buvuma Woman MP) who also doubles as Chairperson Human Rights Committee accusing Gen. Tumwine of using his office to frustrate the work of the committee yet the same assignment had been cleared by the August House.

Ministry of Health gets immunization, transport equipment worth UGX 33b

KAMPALA – The Ministry of Health received immunization and transport equipment worth Shs33bn procured by World Health Organization (WHO) and United Nations International Children’s Emergency Fund (UNICEF) with support from The Global Alliance for Vaccines and Immunization Alliance (GAVI).

BEIJING – A Chinese doctor who tried to issue the first warning about the deadly coronavirus outbreak died, the hospital treating him said.

He had sent out a warning to fellow medics on 30 December but police told him to stop “making false comments”.

KAMPALA – Parliament extended the leave for the Director of Communications and Public Affairs, Chris Obore until unknown date, as he awaits a final decision by the Parliamentary Commission.

The latest development on Obore’s woes was contained in a letter by Clerk to Parliament, Jane Kibirige dated February 5, 2019, after the 144days he was meant to serve his leave elapsed.

The 15th series of the final year examinations of UBTEB was conducted from November 18 to December 14, 2019.

The results were handed over to the First Lady and Minister of Education Janet Museveni by the UBTEB Board Chairman Dr. Eng Silver Mugisha at the President’s office auditorium.

Minister Nabakooba in a letter dated Friday, February 7, 2020, noted Eng.  Kaggwa Sewankambo, who was the director of Engineering and communications infrastructure, has taken over in acting capacity until a substantive director is appointed.