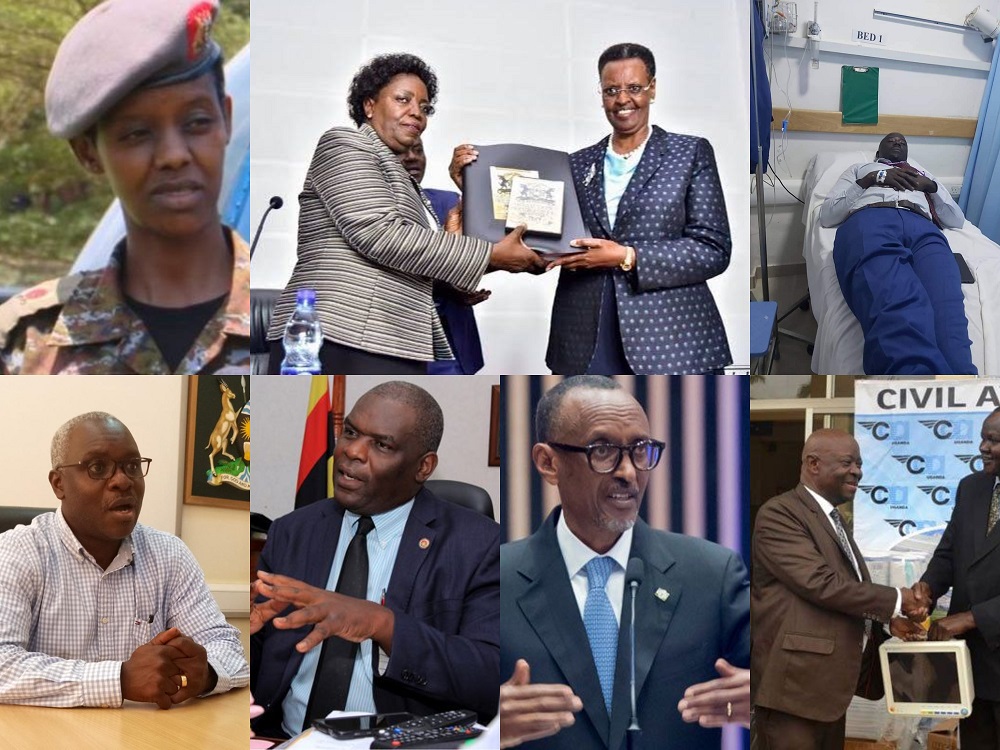 Justice Chibita, who became the Director of Public Prosecutions in 2013, was recently appointed Justice of the Supreme Court.

He held the position for six years within which he made various reforms that he was commended for including regional offices, introduction of case backlog reduction strategies, implementation of the Revised ODPP Structure and Prosecution Case Management System (PROCAMIS) among others.

UPDF Jet Ranger crashes in Gomba, kills all members on board

Brig. Richard Karemire, the UPDF spokesperson said a military helicopter had crashed in Gomba on Tuesday morning— killing the pilot and another crew member.

KAMPALA – The Minister of Defense and Veteran Affairs, Adolf Mwesige revealed that cabinet set up a committee to investigate torture claims brought against the army meted on residents within fishing communities across the country as well as study the resolution of Parliament to suspend all operations of UPDF fisheries protection unit on major water bodies.

Mwesige made the revelation during the Tuesday’s plenary sitting in which he said that cabinet was considering Parliament’s resolutions and resolved to set up a committee chaired by Minister of State for Fisheries, Bright Rwamirama to study the resolution.

KAMPALA – Legislators rejected a proposal by the Ministry of Finance, Planning and Economic Development to cut the Electoral Commission’s (EC) budget for the 2021 general elections.

The Minister of Finance, Hon Matia Kasaija told MPs on the Committee on Legal and Parliamentary Affairs on January 28, 2020, that the EC’s budget for the elections would be reviewed due to constraints in the treasury.

KAMPALA – Vision Group Chief Executive Officer (CEO) Robert Kabushenga appealed to the Minister for Information and Communications Technology, Judith Nabakooba to find incentives to keep mainstream journalism relevant especially in favor of the local languages which he said have a wider audience- admitting that traditional print is badly struggling in the online age.

Mr. Kabushenga made the call as he hosted a visiting delegation from ICT Ministry led by Mityana Woman MP and ICT Minister Nabakooba who toured the state of the art printer, newsrooms among other areas.

KAMPALA – Parliament passed the Traffic and Road Safety Amendment Bill 2018 with members of parliament rejecting a clause that makes it mandatory for road users to assist accident victims.

The bill that was fronted by the government seeks to strengthen road transport regulation and road safety management in the country while addressing the existing challenges such as new and emerging trends, increased number of road users including motorcycles increased road accidents and the need to conform to the regional and international agreements that Uganda is a signatory to.

I will not be pressured into opening border with Uganda – Kagame

KIGALI – Those hoping for the normalization of Uganda-Rwanda relations will have to wait a little longer after President Paul Kagame said there is a lot to be done before he can allow his citizens to travel to Uganda.

Addressing more than 60 diplomats in Kigali on Wednesday evening, Mr Kagame said that he cannot rush to open the border when hundreds of Rwandans are still being held in Ugandan jails.

KAMPALA – Aruu County MP Odonga Otto was hospitalized at Nakasero Hospital in Kampala after he was beaten up by fellow legislator Anthony Akol of Kilak.

The fight, which started in the Parliament premises in the pigeon hall lobby on Thursday, January 30, 2020, started after Akol accused Otto of de-campaigning him over government compensation for a disputed land at Lakang in Amuru district.

NAKAWA – Police in the wee hours of Friday, January 31, 2020, foiled a robbery attempt at Land Mark Hostel Nakawa in an anti-crime operation.

Kampala Metropolitan Area spokesperson Luke Oweyisigire explained that Police at Bugolobi Police station received information of an alleged shooting at the students’ hostel before immediately responding to the scene. 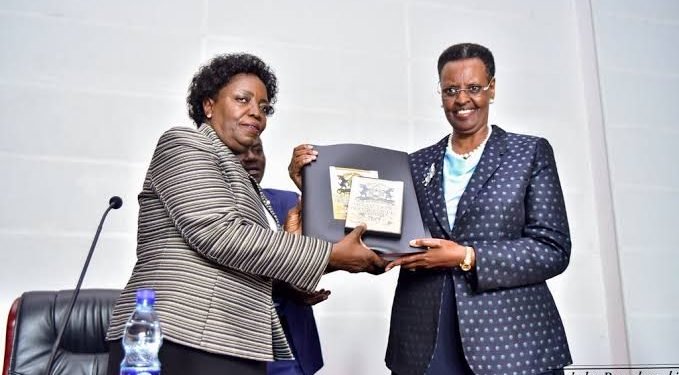 KAMPALA – Education and Sports minister Janet Museveni on Friday morning released the 2019 Uganda Certificate of Examinations (UCE) results from the Office of the President Auditorium in Kampala.

Prof Mary Akwakol, the UNEB Chairperson handed over the results to Mr. Museveni for release

A total of 337,697 candidates registered to sit for the 2019 Uganda Certificate of Examinations (UCE) from 3,531 centers across the country.

BEIJING – Three East African airlines suspended flights to China in response to the growing threat of Coronavirus that has spread to all regions in China and about 20 other countries.

The first was Air Tanzania, which announced Wednesday that it has postponed its maiden Air Tanzania flight to China, which was scheduled for February.

Kenya Airways then followed suit, saying it had taken the decision after consultations with the government, through the Ministry of Health and Foreign Affairs.

Ugandan Catholic priest found dead in his room in US

KABALE – Kabale Catholic Diocese mourned one of their priests who died in the US on Wednesday.

Rev Fr. Dr. Vincent Musabyimana was found dead in his room in the USA where he had gone during this holiday.