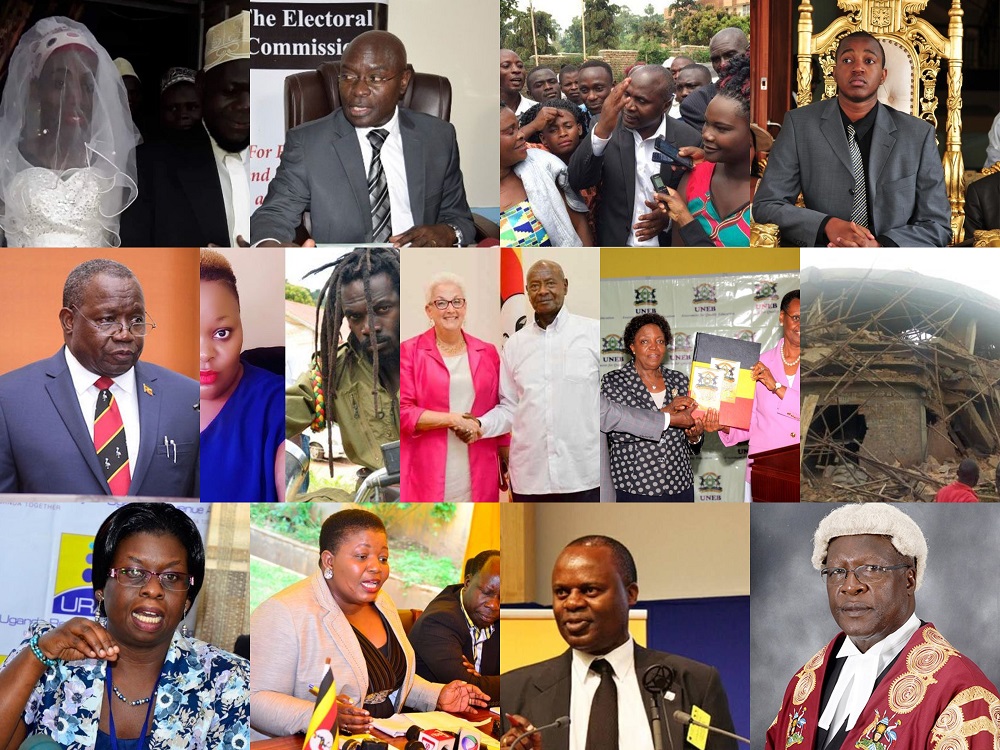 KAYUNGA – The imam in Kayunga District who recently wedded a fellow man thinking it was a woman fled his home.

Sheikh Mohammed Mutumba, 27, the Imam of Kyampisi Masigid Noor mosque in Kayunga sub-county, was not seen at his rented home for about five days now amid concerns that he may commit suicide.

The President cautioned them against involvement in corruption.

KAMPALA – Dr Louis Kasekende on Monday, January 13, 2020, handed over office as the Deputy Governor Bank of Uganda, a day to the expiry of his contract.

However, the media was not allowed to witness the handover that took place at Bank of Uganda offices.

Dr. Kasekende’s contract expired on January 14 but sources inside the central bank said he had to hand over the office to his boss, Governor Emmanuel Tumusiime Mutebile, before the actual date.

KAMPALA – Mr Joseph Biribonwa was appointed the chairperson of the National Identification and Registration Authority (NIRA).

Mr Biribonwa, who served as the commissioner of the Electoral Commission between 2002 and 2009, replaces Prof. Peter Kasenene who resigned his position in 2018. Ms. Ruth Nvumetta Kavuma has been serving in an acting role since then.

Under the theme “Monarchs for sustainable Peace and Inclusive Development,” the summit will be hosted by the His Majesty Oyo Nyimba Kabamba Iguru, the King of Tooro and President Yoweri Museveni.

According to Tooro Kingdom foreign minister Henry Mutegeki Basaliza, the summit will be a unique strategic forum for the World’s Monarchs to discuss and work together on international cooperation, peace and development.

KAMPALA – The National Resistance Movement (NRM) announced that party-leaning Members of Parliament who voted against lifting the presidential age limit will not attend the party’s delegates’ conference due on January 25.

The party will convene the 2nd Meeting of the 3rd Mainstream National Conference on 25th January 2020 at Mandela National Stadium, Namboole. The main purpose of this conference is to effect amendments to the NRM Constitution

Justice Katureebe is set to retire this year as he clocks the retirement age of 70 after five years of service. In an advert seen by this website, JSC says applicants have until January 31 to hand in their papers for the job.

KAMPALA – Uganda Revenue Authority (URA) advised the government to make changes in some of its tax policies to eliminate those that are underperforming.

The revelation made by the URA Commissioner General Doris Akol was based on failure by the taxman to collect the revenue targets from Over-the-top (OTT).

On Tuesday, January 14, NRM Secretary-General Kasule Lumumba said the group will be replaced by Independent MPs who lean to the ruling party at the delegates’ conference. He said they will first face disciplinary action before being allowed into the party.

Mr Kihika, in a January 14, 2020 letter to Ms Lumumba, said the NRM Constitution guarantees the rebel MPs a right to attend the National Conference.

JINJA – A combined rescue team of residents, police and Uganda Red Cross was by Wednesday evening working around the clock to rescue workers trapped in the debris of a storied building under construction that collapsed in Jinja Town.

Two bodies were recovered by press time while 10 workers had been rescued after the building collapsed at around 5pm on Wednesday.

KAMPALA – The Government of Uganda on Wednesday, January 15 issued a Protest Note to the Government of Kenya expressing deep concern about illegal seizures of Ugandan made milk and milk products under Lato brand, causing heavy financial losses to the company.

The seizures executed on three separate occasions during the month of January 2020 contravene the East African Community Customs Union Protocol.

KAMPALA – Lwemiyaga County Member of Parliament Theodore Ssekikubo was granted bail after he was arrested for the second time.

Mr Ssekikubo, who was re-arrested on Wednesday on other charges of inciting violence, was granted non-cash bail of Shs10 million by Masaka Chief Magistrate Deogratius Ssejjemba.

ENTEBBE – US Ambassador to Uganda Deborah Malac on Thursday, January 16 paid a courtesy call to President Yoweri Museveni as she marks the end of her tour of duty to Uganda.

Ms Malac, a career diplomat was nominated by former US President Barack Obama in September 2015 and took over from Ambassador Scott Deilsi who had announced his retirement. Senate confirmed her appointment in November 2015 and she presented her credentials to President Yoweri Museveni in February 2016.

President Museveni while meeting Malac at State House Entebbe wished her luck in her next move.

KAMPALA – The Electoral Commission called on Parliament to ensure that the government allocates funds to be used for printing of ballot papers with hardly a year to the general elections.

The call was made by Justice Simon Byabakama, Chairperson Electoral Commission who had led his team to present the 2020/2021 national budget framework paper to the Legal and Parliamentary Affairs Committee on Thursday, January 16.

KAMPALA – The Ministry of Defense and Veterans Affairs, to which the Uganda People’s Defence Forces (UPDF) falls seek Shs16.2b to cater for 2021 general election security activities.

The revelation was made by Undersecretary, Ministry of Defence Edith Buturo while appearing before Parliament’s Defence and Internal Affairs Committee to present the 2020/2021 national budget framework paper.

KAMPALA –  The Uganda National Examination Board and the Ministry of Education and Sports released the 2019 Primary Leaving Examination results.

NAGURU – The Uganda National Examinations Board (UNEB) released the results of the 2019 Primary Leaving Examination (PLE) at Kampala Parents School.

The revelation was made by Comptroller Lucy Nakyobe who had appeared before Parliamentary Committee on presidential affairs on Friday.

The singers were appointed in October last year by President Museveni where Kusasira was chosen as presidential advisor on Kampala Affairs and Buchaman as presidential envoy on Ghetto affairs.