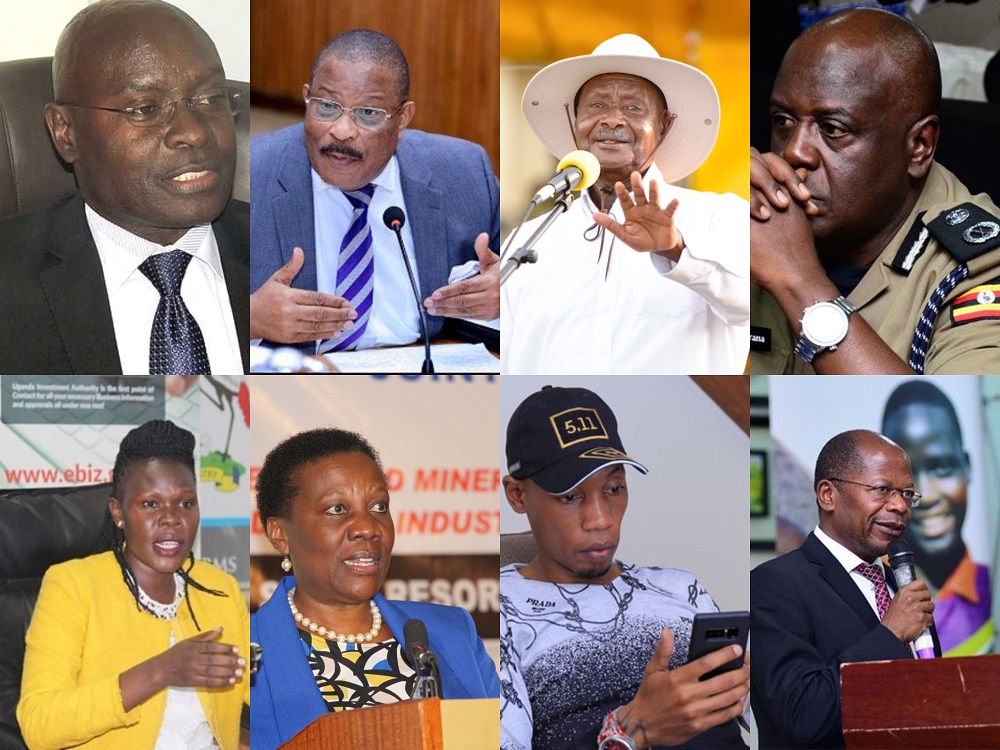 KAMPALA – The Forum for Democratic Change (FDC) said it will drag to court all police officers involved in meting out brutality against party members.

In particular, the opposition party said it will sue ACP Dennis Namuwoza, the Deputy Kampala Metropolitan Police Commander, and SSP Rashid Agero, who they claim were caught on camera brutally arresting Dr Kizza Besigye about two weeks ago.

Addressing journalists at the party headquarters in Najjanankumbi in Kampala on Monday, the party deputy spokesman, Mr John Kikonyogo, said the resolution was reached at during a senior management meeting on November 14.

KAMPALA – High Court judge Henerrieta Wolayo on November 18 ordered that the Police’s Director Engineering and Logistics Godfrey Bangirina be kicked out of office for lack of a valid contract with the Force.

The judge noted that it was obvious that Mr. Bangirana has no valid contract of the employment duly executed and yet he continues to hold out as an assistant inspector general of police,a fact that was admitted by the Attorney General.

KAMPALA – The Uganda National Examinations Board (UNEB) refuted claims of examinations leakage in Seeta Junior School and denied that the alleged whistleblower, Mr Richard Okello, who was arrested for exposing examinations malpractice at the school, was a scout.

On Sunday, November 17, 2019, PML Daily broke a story of how Mr Okello, through his lawyers, had petitioned the Directorate of Public Prosecutions (DPP), alleging that the State Minister for Higher Education John Chrysostom Muyingo, who is the owner of Seeta Junior School, is victimizing the teacher after reporting the alleged scandal.

But in a statement issued on Monday, November 18, 2019, UNEB insisted that Mr Okello has never been a scout.

KAMPALA – The management of Next Media Services took disciplinary action against a news producer and a reporter at NBS TV for false reporting about the recently-concluded Measles-Rubella & Polio vaccination campaign.

Mr. Moses Alsayed Lubega, the news producer, was fired while Stephen Olweny, the reporter, was suspended over the story that last week generated heated public debate.

In the Deportation Letter issued on Tuesday by Rwanda Commissioner of Migration and Emigration Francois Regis Gatarayiha, the trio, who are residents of Kisoro and Kabale districts, are prohibited immigrants and had to be returned to their countries of origin.

KAMPALA – President Museveni said the contract of UTL administrator Bemanya Twebaze should not be renewed because he was antagonizing the work of Investment minister Evelyn Anite.

In a November 9, 2019 letter to the minister of Justice, Maj Gen Kahinda Otafiire, Mr Museveni said for the sake of cohesion, Mr Bemanya’s contract should not be renewed because he has often conflicted with Ms Anite, “an active Baijukuru (active grandchild).”

The President’s letter confirms a November 8, 2019 statement where Finance minister Matia Kasaija announced that following a meeting with his state ministers, they agreed that they will extend the administration of UTL as they continue to find another investor. However, under the arrangement, they said that the current administrator must be replaced on November 22 when his current tenure ends.

KAMPALA – Minister for Energy and Mineral Development Irene Muloni denied reports that money for the construction of a road on top of Isimba Dam project, connecting Kayunga to Kamuli district was swindled.

Muloni was on Tuesday addressing journalists at Uganda Media Center where she said that the contract provided for construction of a Public Access Bridge/Public road on top of the dam as part of the hydropower plant to connect Kayunga & Kamuli as well as construction of a 3.5km access road to the site &1.5km roads within the project site.

Kaggwa was rushed to Case hospital on Wednesday morning after being found unconscious in his vehicle and was later pronounced dead.

In a message posted on his social media pages, Bobi Wine said when he was tortured and subsequently detained by the military during the violence in the Arua Municipality parliamentary by-election, Kaggwa was instrumental in ensuring that he gets justice.

KAMPALA —The Government of Uganda through National Water and Sewerage Corporation signed a contract with H.P. Gauff Ingenieure in association with Artelia Eau and Environment and Gauff Consultants (U) Ltd for consulting services for the preparation of detailed design, tendering and works, supervision, rehabilitation, restructuring and extension of the Kampala water supply network.

NWSC MD Dr. Eng Silver Mugisha said that the new infrastructure when completed will evacuate water from the new Katosi system and associated reserviors in Nsumba, Sonde, Namugongo-Naguru water reservoirs and distribute it to our customers in the Kampala water supply network.

KAMPALA – Speaker Rebecca Kadaga gave the Minister of Energy and Mineral Development Minister Muloni up to November 26 to present an interim report regarding allegations that UGX24b meant for the construction of a road on top of Isimba dam connecting Kayunga to Kamuli district.

The Speaker made the directive during Wednesday’s plenary sitting, saying the decision by Muloni to address the matter before media was aimed at silencing her as well as Parliament against inquiring on the whereabouts of the Shs24Bb.

Man arrested in possession of over 40kg of ivory pieces

KISORO – Police in Kisoro detained a 30-year-old man after he was found in possession of wildlife species to wit elephant Ivory.

Munyaribanje Richard, a resident of Bunagana T/Council Kisoro district was arrested on Wednesday after a tip-off by some residents at Bunagana.

RUKUNGIRI – Four of the five suspects accused of recent kidnaps in Kanungu district were released.

The four are Tumwebaze Hakimu 36, Mugabo Yoweri 35, Kyarissima Dennis 46 and Imaniraguha Adam 43, all residents of Kanungu district appeared before the Rukungiri Chief Magistrate Ntalo Nasulu Hussein after the director of public prosecutions lost interest in the accused.

The Four were battling charges of Aggravated Robbery and Kidnap with Intent to procure a Ransom.

Kasese FDC district chairperson Saulo Maathe said about 30 plain-clothed operatives, who were brandishing pistols, entered the office on Alexander Street in Kasese Town and without identifying themselves, started checking different lockers and files.

EC kicks off voter registration exercise ahead of 2021 polls

KAMPALA – The Electoral Commission (EC) embarked on the registration of Ugandans who are eligible to vote in the 2021 general elections. The exercise will run from November 21 to December 11, 2019.

While flagging off the teams that will carry out the registration exercise across the country, the EC chairman, Justice Simon Mugenyi Byabakama, noted that the officials will register eligible Ugandan citizens of 18 years and above, who are not yet registered as voters.

KAMPALA – The Managing Director of National Water and Sewerage Corporation (NWSC) Dr. Eng Silver Mugisha revealed plans by the institution to set up three training facilities across the country, to boost staff skills.

Mugisha made the revelation on Thursday during the graduation of the staff that took part in the reskilling training at Gaba Water Treatment plant in Kampala. 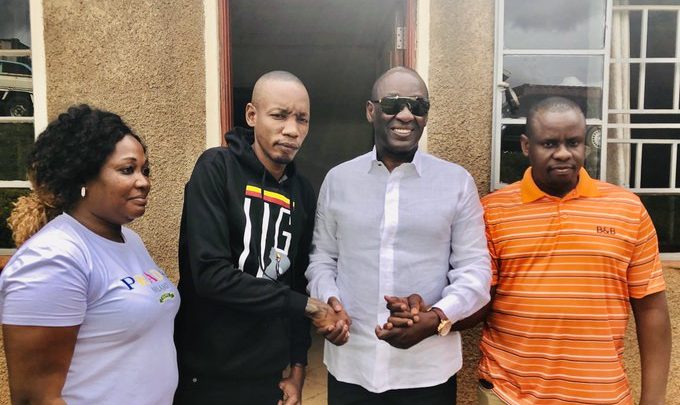 KAMPALA – Kampala socialite Brian Kirumira, aka Bryan White, was on Friday, November 22, lost for words as police investigation officers tasked him to explain why he has failed to pay up billions of shillings he owes several people, including his landlord.

Police on Friday morning stormed Kirumira’s home in Buziga, Makindye Division and impounded three luxurious vehicles that are valued at about Shs380m each.

He was arrested on the orders of Capt Mike Mukula, the NRM vice chairman for Eastern Uganda, his landlord and others who demand over UGX1b from him.

17 killed as plane crashes into homes in DR Congo 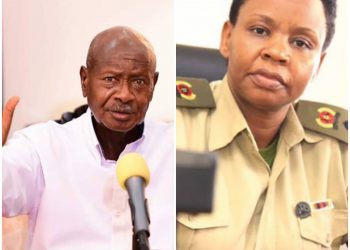 17 killed as plane crashes into homes in DR Congo