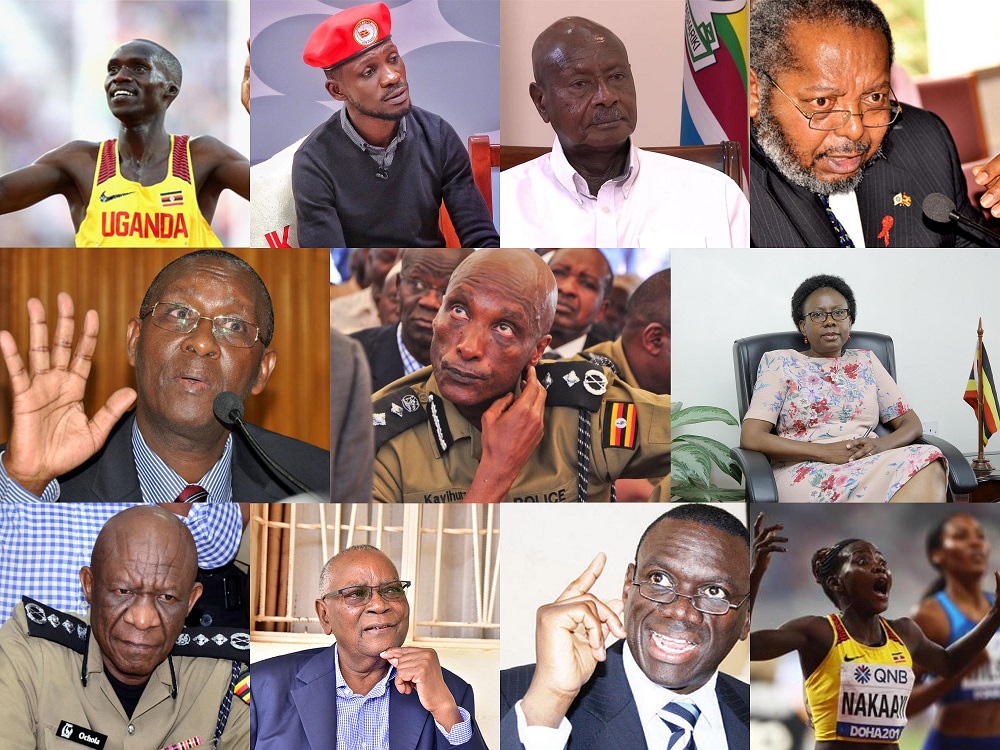 Museveni: Bobi Wine is an enemy of progress

KAMPALA – President Yoweri Museveni let the cat out of the bag on Kyadondo East MP, Robert Kyagulanyi aka Bobi Wine’s aborted concerts. The president while speaking to BBC Africa said the legislator has no right to benefit from Uganda’s prosperity through his music concerts after he waged war on the country by discouraging American investors from coming to Uganda.

This was the first time the president spoke on the Police consistently declining to grant permission to the musician turned politician to hold concerts, his primary trade.

Bobi Wine did not take the statement lying down, as he also spat venom calling president Museveni “the chief priest of corruption” in a barrage of missives in a statement.

KAMPALA — Principal judge Dr. Yorokamu Bamwine clocks 65 this year, with the milestone comes his official retirement25. This means someone has to sit where the good judge has been sitting. Nine judges have been shortlisted for the position and this website reported that the names are justices Lawrence Gidudu, Joseph Murangira, Andrew Bashaija, Henry Peter Adonyo, Henreitta Wolayo, Henry Kawesa Isabirye, Margaret Mutonyi, Paul Gadenya Wolimbwa and Zeija Flavian. May the best person take the position!

Nervous Ugandan officials plead with US to halt travel bans

KAMPALA – The Minister of State for International Affairs, Mr. Henry Okello Oryem this week said they are seeking audience with the US over sanctions and travel bans on Uganda government officials.

Recently the US sanctioned Gen. Kale Kayihura, the former Inspector of General of Police, and denied Mr Pius Bigirimana, the Permanent Secretary of the Judiciary ministry, a visa to the US.

The move is said to have rattled senior government officials who are wondering who is next on the list, prompting government to get into discussions with the US State Department to explain the situation amid reports that more individuals in the Kampala government have been targeted for sanctions.

Unite if you want to take power in 2021, expert tells Besigye, Bobi Wine

KAMPALA – Power, power, power. Everybody wants a little power, some want to head the country and as canvassing for 2021 elections gets deeper, a political analyst, who was not named, urged opposition lynchpin Dr Kizza Besigye and People Power movement leader Robert Kyagulanyi, aka Bobi Wine, to put aside their political differences and unite if they are to take power.

Several media reports indicated that Bobi Wine and Dr Besigye’s teams were holding talks regarding how to proceed with the 2021 presidential elections. Bobi Wine already declared his intention to stand for president, a move some say will lead to a split of opposition votes as Dr Besigye is also set to stand.

KAMPALA – If you subscribe to the Forum for Democratic Change (FDC) party, keep your ears on the ground and focus better. The party is planning to elect new leaders for its National Executive Committee (NEC).

Addressing journalists at the FDC headquarters in Najjanankumbi, Kampala on Monday, October 14, 2019, FDC spokesman Ibrahim Ssemujju Nganda said following their NEC October 11, 2019 meeting, they agreed to replace new leaders since the term of office for the existing group is set to expire.

According to a brief communication, Justice Tsekooko died on Monday, October 14, 2019 at Norvik Hospital in Kampala, where he had been battling cancer of the prostate. The judge was laid to rest at his ancestral home in Bunakhaima village, Butiru Sub-county, Manafwa District on Saturday.

KAMPALA – The National Water and Sewerage Corporation (NWSC) and the United Nations High Commissioner for Refugees (UNHCR) signed a landmark agreement that will ensure reliable water provision for more than 84,000 refugees and local Ugandans in the south-west of the country.

Under the Memorandum of Understanding, the NWSC will take over the management of the water distribution system and assets from UNHCR and the Office of the Prime Minister (OPM) in Rwamwanja refugee settlement, Uganda’s Kamwenge district.

The Minister of Health Hon. Jane Ruth Aceng, was among the many mothers that immunised their children in the Ministry of Health conducted national measles, rubella and polio campaign which ran from October 16 – 20th. The exercise initially met some resistance, as some school heads insisted on the ministry getting parents’ permission before immunising their children, but eventually success was registered in most parts, according to reports.

Why must I, a wife of 43 years be thrown out of my home? Tycoon Kiwanuka’s first wife speaks out

In a matter that is currently before court, Mr. Kiwanuka’s son, Jordan Ssebuliba Kiwanuka, wants to be declared heir and manager of his father’s properties, claiming that the old man’s health condition cannot allow him to manage his estate well.

While court recently declared Kiwanuka medically sound and therefore able to manage his property, his first wife Beatrice says her husband is being manipulated by Maria to abandon part of his family and children in the management of his business empire.

Ms Beatrice Kiwanuka says Maria has since denied her and her children access to their husband and father.

KAMPALA – Bank of Uganda enlisted the support of the International Monetary Fund (IMF) to help clean up the image of the Central Bank, in a move aimed at restoring public faith within the institution.

The revelation was made by Emmanuel Mutebile, the Governor Central Bank in the 2018/2019 annual report for Bank of Uganda that was released recently.

Cheptegei on IAAF list of male athlete of the year nominationss

KAMPALA – Joshua Cheptegei became the first Ugandan to be nominated for the prestigious award IAAF male athlete of the year. Cheptegei was nominated for his feat this year in athletics as he won the World Cross Country Champion, World 10,000m Champion and Diamond League 5000 metres.

He was among the 11 nominees for the IAAF male athlete of the year, the athletics’ governing body said on Monday.

This was confirmed on Monday at the Imperial Royale Hotel in Kampala, during USPA’s monthly Assembly.

To win it, Nakaayi won an 800m gold medal at the 2019 World Championships that were held in Doha, Qatar.