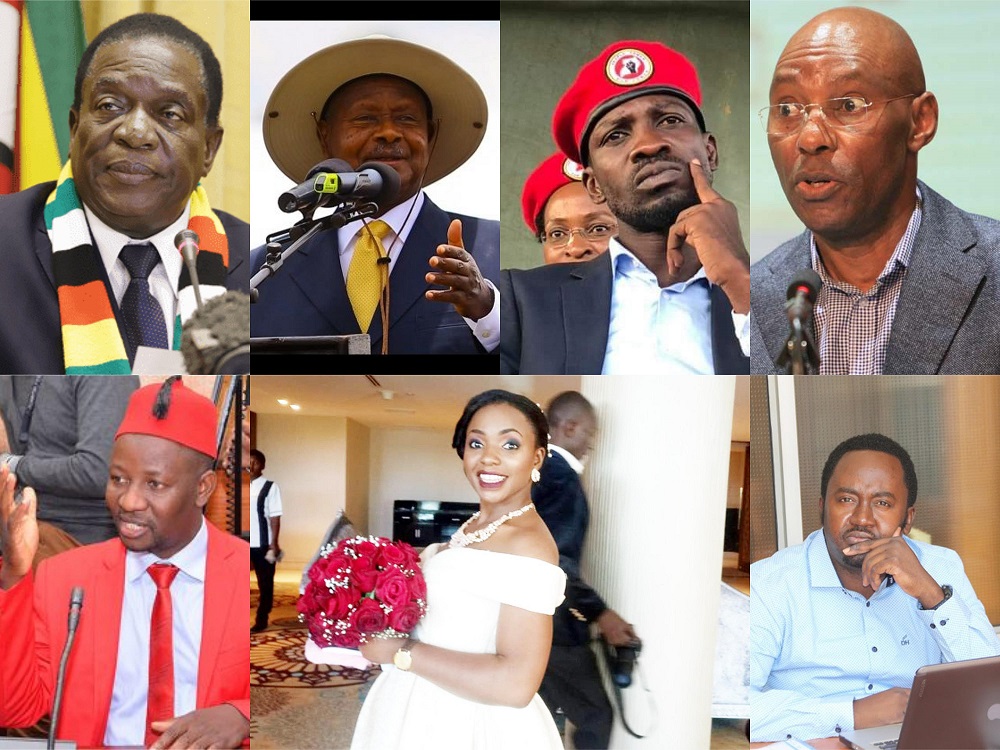 Dr Simba instead advised them to work around the strength and weaknesses of the dominant political party to secure victory.

KAMPALA – The opposition Forum for Democratic Change (FDC) said the current ruling party in power is worse than the colonial government that granted Uganda its Independence 57 years ago.

He said the accident was caused by when the driver attempted to dodge goats that had gathered in the middle of the road.

KAMPALA —Members of Parliament on the parliamentary committee on Commission, Statutory Authorities and State Enterprises (COSASE) applauded the National Water and Sewerage Corporation (NWSC) for its outstanding performance in terms of service delivery.

The MPs made these comments after a visit to the Corporation’s facilities in Bugolobi and Kinawataka.

The group had visited NWSC Bugolobi where construction of a new sewerage plant is currently underway.

KAMPALA – An investigation into the alleged breach of minimum broadcasting standards by 13 broadcasters found a number of them culpable and recommended a range of actions, including asking them to show cause why Uganda Communications Commission (UCC) shouldn’t revoke their licenses.

NTV, NBS, BBS, Bukedde TV and Radio Sapientia must all show cause why the regulator shouldn’t revoke their licenses, while Salt TV, Capital FM, CBS and Radio Simba are to be cautioned.

As for Radio Two Akaboozi and Beat FM, investigators found no evidence of a breach but, like many others, they were faulted on failing to install pre-listening and delay devices and contravening the Press and Journalists Act.

KAMPALA – The residents in Lusanja are not yet about to leave as per the court’s decision to vacant within 30 days.

On October 7, through their lawyers of Nalukoola, Kakeeto Advocates and Lukwago & Co. Advocates filed a notice to appeal the judgment of the learned Hon. Justice Mr. Asiimwe Tadeo delivered in the High Court of Uganda at Kampala on October 4, 2019.

In their notice, the 147 intend to appeal the whole decision that ordered them to vacate within 30 days thus declaring businessman Medard Kiconco as the rightful owner of their land.

KAMPALA – Police working with the Chieftaincy of Military Intelligence (CMI) arrested another prime suspect in the double kidnap and murder of Maria Nagirinya Gateni, a social worker, and her driver, Kitayimbwa Ronald in August this year.

Nagirinya and Kitayimbwa were kidnapped on August 28, outside her home in Lungujja, on the outskirts of Kampala, and later killed and dumped in Nama Sub-county, Mukono District.

Police said they arrested Sharif Mpaga aka Shafik, who is said to have transported the killers of Nagirinya and Kitayimbwa to the former’s home on a motorcycle and then waited for them to facilitate their escape. Shafik is also said to have surveyed the place in Mukono where the deceased’s bodies were dumped.

KAMPALA – Mr Crispin Kaheru announced his resignation from his position as coordinator of the Citizens Coalition for Electoral Democracy in Uganda (CCEDU), capping nine years at the helm of the civil society organization.

In a letter dated September 11, 2019 addressed to CCEDU chairperson Miria Matembe, Mr Kaheru said it is time for him to begin a new phase in his professional life having made several achievements at the civic body.

KAMPALA – Police blocked Bobi Wine’s Independence Day music concert at his One Love Beach Busabala, claiming the Kyadondo East MP does not guarantee lawfulness, safety and security for the public and the organisers.

In September, Bobi Wine wrote to Police, asking for clearance to be able to stage the Independence Day concert dubbed ‘Osobola’ at his One Love Beach in Busaabala, but in response, the Inspector General of Police said Bobi Wine did not clearly specify plans for medical care, traffic control, crowd control, and security in the application as per the earlier guidelines given by the concert organisers and therefore police cannot risk allowing the event continue.

KAMPALA – President Museveni ordered the Internal Security Organisation (ISO) to immediately vacate a piece of land in Namanve Industrial Park where a Chinese investor is to construct a shoe and leather tanning factory, PML Daily learnt.

The Presidential directive was made at the request of Investment minister Evelyn Anite who had on Friday found officers attached to ISO occupying the land located on Block 113, Plot 1012 in Namanve.

According to family sources, Bishop Emeritus Otim, 85, passed on around 3am on Wednesday morning from the Uganda Heart Institute.

Anne Alum Ogwal, the deceased daughter confirmed this saying he has been battling a long illness.

SIRONKO – Zimbabwe President Emerson Mnangagwa described his Ugandan counterpart Yoweri Museveni as an elder brother who has stood with the southern African country in its tough economic situations.

Mr Lubangula was moved to Masindi District and replaced by Ussein Ntaro Nasulu who has been serving the same position in Kotido District.

On September 2, 2019, an anonymous letter enclosed in a brown envelope, which also contained two bullets was directed at Mr Lubangula who has been the Grade one magistrate, lawyers Mark Mwesigye and Jonathan Bwagi and the Rukungiri district police commander, Moses Nanoka.

KAMPALA – The Uganda Business and Technical Examinations Board (UBTEB) revealed plans to close the unemployment gap in Uganda through practical skilling initiatives.

Museveni made the commendation Thursday evening as he joined several regional leaders to witness the colourful inauguration of the park in the Ethiopian capital, Addis Ababa.

Dr. Nassali Lukwago, alongside Dr. Opio Okiror, the former commissioner health services were arrested in August over abuse of office and causing financial loss of UGX33 million in the 2014/2015 financial year in their role as accounting officers in the Education and Sports Ministry.

The tournament which is expected to attract the continent’s best will run from November 7th to 10 in Kampala, Uganda.