THE WEEK THAT WAS! PML Daily Weekly News Round-up round

The news week returned former Inspector General of Police and out of favour Gen. Kale Kayihura back into controversy even when he’s on his knees! And to cap an eventful news week, the Uganda National Examinations Board released the timetable for national examinations while SC Villa got one over their local rivals Express FC, winning the competitive local derby — talk of the week in sports. 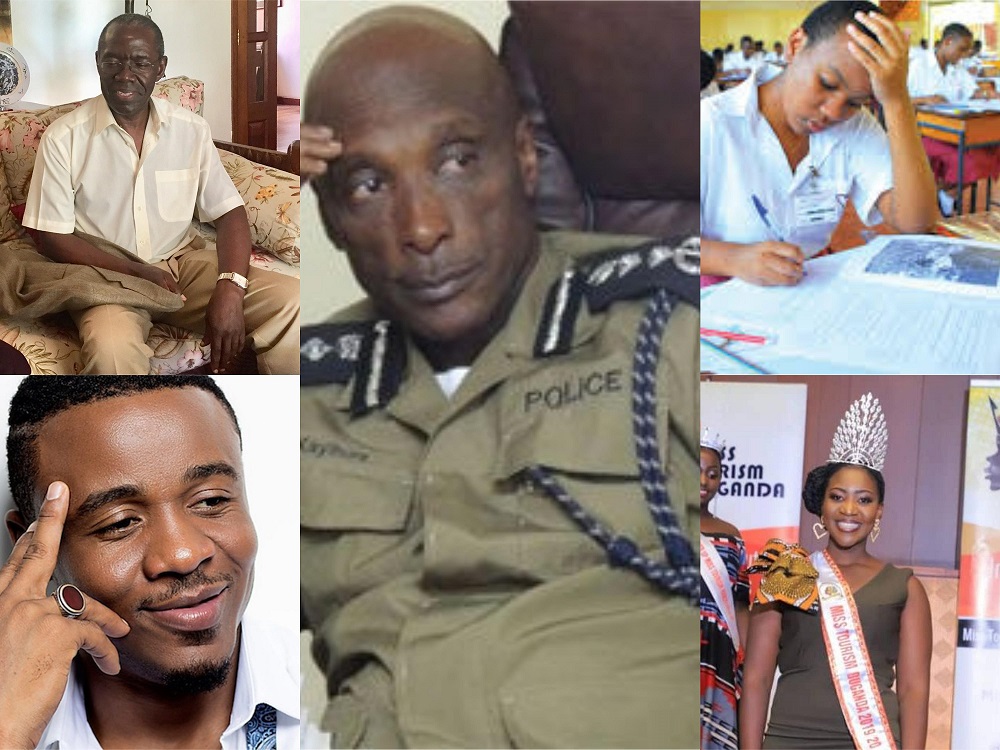 US govt slaps travel ban on Gen. Kayihura and family

KAMPALA — In a surprise move, The US government on Friday announced they had slapped economic and travel sanctions against beleaguered former police chief Gen. Kale Kayihura and his family, accusing the former Inspector General of Police of gross human rights violations and corruption.

In a statement, US Secretary of State Mike Pompeo said they have credible information that Gen. Kayihura was involved in torturing civilians using the Flying Squad, a specialized unit of the Uganda Police Force.

To cap an unhappy ending for Gen. Kayihura — formerly President Museveni’s strongman, the US Department said it is also publicly designating his spouse, Angela Umurisa Gabuka, his daughter, Tesi Uwibambe, and his son, Kale Rudahigwa. His assets in the US will be confiscated.

Gen. Kayihura, at the weekend dismissed the allegations against him, in alone statement issued through his private office, but being that he is up against a world power, the former IGP finds himself in unfamiliar territory and the contest can only go one way.

KAMPALA – Crunch time for the PLE candidates! The Uganda National Examinations Board (UNEB) on Thursday released the 2019 final timetable for their exams.

Accordingly, pupils will start their examinations on November 1, with the briefing of candidates across the country.  The pupils will sit for their first papers — Mathematics and Social Studies & Religious Education, on November 4.  PLE exams will end on November 5 with candidates expected to sit for Integrated Science and English as their final papers.

KAMPALA – City tycoon Mohan Kiwanuka came out fighting, denying having any mental health issues as alleged by lawyer Jordan Sebuliba and denied that the latter was his son in a protracted property wrangle that is threatening to tear the family apart.

Mr Kiwanuka, the husband of former Finance minister Maria Kiwanuka, is the owner of multiple businesses and properties in the city, including Oscar Industries LTD, Radio One and Radio 2 (Akaboozi). He has dismissed his hitherto sooln as having no claim to his property inheritance.

KAMPALA – On Friday, 36 Miss Tourism 2019 contestants were unveiled at the Kampala Serena Hotel. The radiant beauties were scouted from twelve regions across the country including; Ankole, Busoga, Buganda, Eastern, Bunyoro, Karamoja, West Nile, Tooro, Acholi among others to compete in the grand finale. The beauty queens were paraded and got on the walkway in a cultural introduction which climaxed in a parade. They will be competing for the crown.

LUGOGO – At the weekend, Nexus Events presented Tanzania music superstar Alikiba in a live concert at the Hockey Grounds in Lugogo. Other artistes that feature included; John Blaq, the African Boy, Queen Sheba, among others. Popular comedian Salvado hosted the night as revellers danced the night away.

WANKULUKUKU — SC Villa maintained top spot in the 2019/20 Uganda Premier League thanks to a 1-0 victory over eternal rivals Express FC at the Betway Muteesa II Stadium in Wankulukuku on Friday. The Jogoos who came into the game top of the pile by vitual of goal difference had vice-captain Ambrose Kirya to thank as the midfielder scored the only goal of the game.

ANFIELD– The English Premier League leaders Liverpool shrugged off an early scare to sweep past Newcastle and maintain their 100% start to the season with another dominant attacking display.

Sadio Mane scored twice in the first half after Jetro Willems’ fine first goal for Newcastle had given Steve Bruce’s side a shock early lead.

Mohamed Salah added a third after the break, as Liverpool resisted another win after the international break.

Why I won’t join the crowd to crucify UCC: What is the problem of media regulation in Uganda?