The news week saw former Inspector General of Police Gen. Kale Kayihura revealing the secrecy behind US sanctions against him! And to cap an eventful news week, CPC delegates set to visit Source of the Nile, Namugongo Martyrs Shrine as AzamTV unveils free subscription 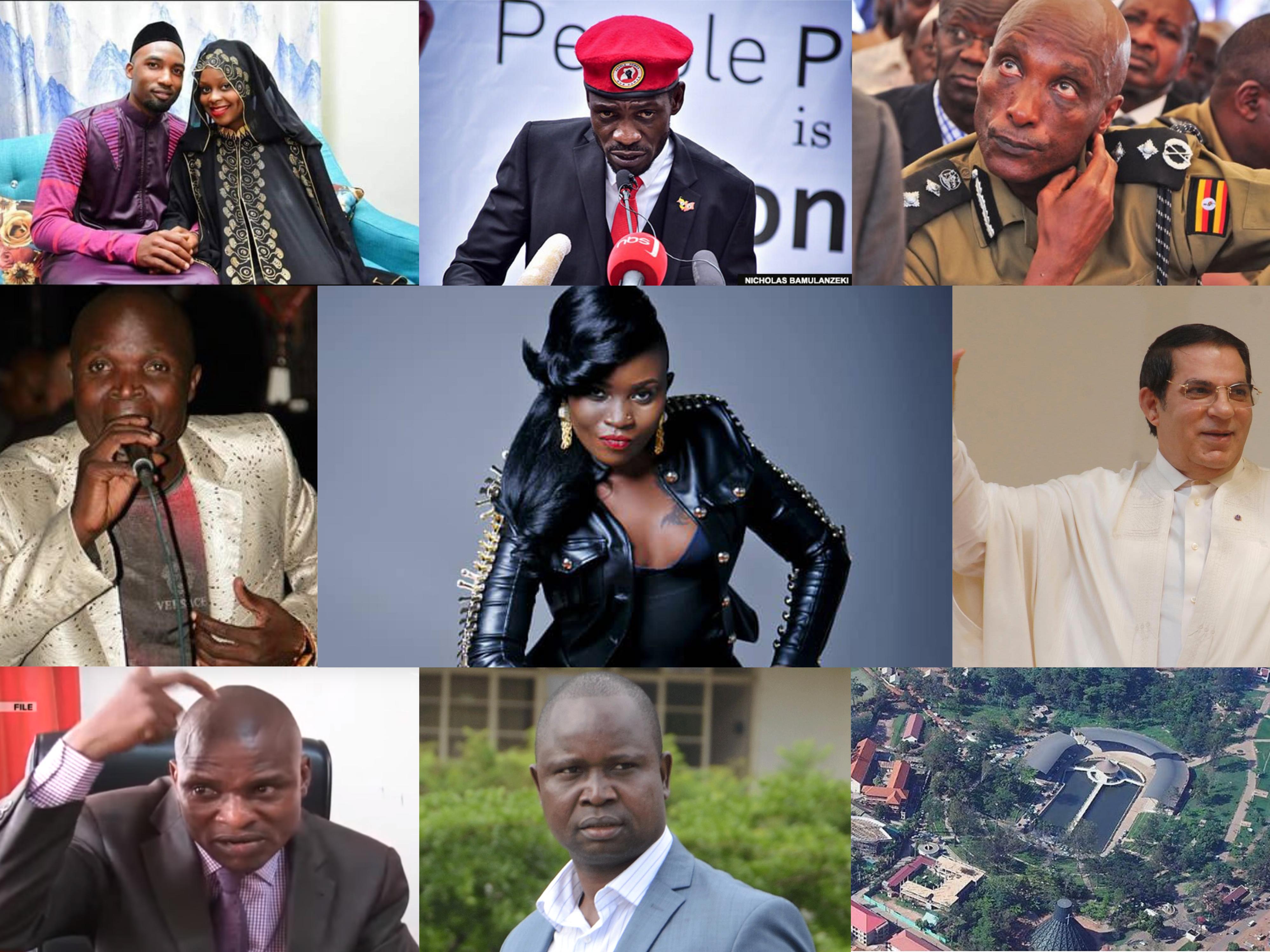 KAMPALA – Visiting Commonwealth Parliamentary Conference delegates will tour the Source of the Nile, the Equator and Namugongo Martyrs Shrine as part of the excursion.

The sites together with Kagulu Hills in Buyende district were selected as they provide unique tourist value to the visitors.

Executive Director of UWEC, James Musinguzi said guides there, will make sure that visitors get the ecology of the area, and feed and interact with the animals and also understand their importance in the country’s ecosystem.

Mr Sharif Sentongo Nambaale, through lawyers of Nalukoola, Kakeeto Advocates had on September 11 petitioned the Allied Health Professional Council (AHPC), suggesting that Sebunya has broken the professional and ethical code of conduct by contracting a marriage with his patient, Ms Namakula.

However, in a letter dated September, to the registrar of AHPC, Mr Nambaale said he was no longer interested in the matter.

KAMPALA – Former Blue3 singer Jackie Chandiru, who was on Monday reported to have escaped from a drug rehabilitation centre, resurfaced.

Chandiru was on Monday evening pictured with events promoter Balaam Barugahara. Mr Barugahara said that Chandiru was picked from Naguru hospital by one Ruth of Recovery Solution Treatment and Counselling Centre.

He said torture is criminal and whoever is found culpable of the act will be individually accountable. Col. Lukwago was speaking at the opening of three-day training against torture organized by African Centre for Treatment and Rehabilitation of Torture Victims (ACTV) in Mbarara on Monday.

My enemies want to kill me, says Kayihura

KAMPALA – The Former Inspector General of Police, Gen Kale Kayihura, revealed that his sanctioning by the US government was propagated by a group of people who disliked him for a long time and they are doing everything to end his life.

Speaking on Bukedde Radio on Monday evening, Gen Kayihura said his enemies always blamed him for the many murders and kidnaps in the country during his tenure and said the same group is now working to make him look like a criminal on the international stage.

KAMPALA – The National Resistance Movement (NRM) party proposed to have presidential candidates declare their assets and liabilities as a requirement to the IGG before contesting for any elective office, a move the party said would be critical in regulating election financing.

While appearing before the Legal and Parliamentary Affairs Committee to present their views on electoral reforms tabled by the Executive, on Tuesday, Justine Kasule Lumumba, Secretary-General, NRM also wants every presidential candidate to present their campaign budget to the Electoral Commission during nomination.

Ms Lumumba was responding to a proposed amendment to the Presidential Elections Act that would require candidates to declare their source of financing 14 days after nomination.

Tamale Mirundi warns govt after US ban on Kayihura

KAMPALA – Presidential adviser on media affairs Joseph Tamale Mirundi said the sanctioning of Gen Kale Kayihura by the US government put President Museveni and the ruling NRM party in the highlight over its human rights record.

US Secretary of State last Friday announced that they had put economic sections and a travel ban on Gen Kayihura, for alleged human rights violations during his time as former Inspector General of Police.

Gen Kayihura has since protested the US sanctions, describing them as ridiculous and outrageous. However, Mr Mirundi says the international community also has a yardstick for making such a decision, urging the former police chief not to waste time hiring a lawyer to protest the sanctions.

Lukwago trolls Kayihura over US sanctions 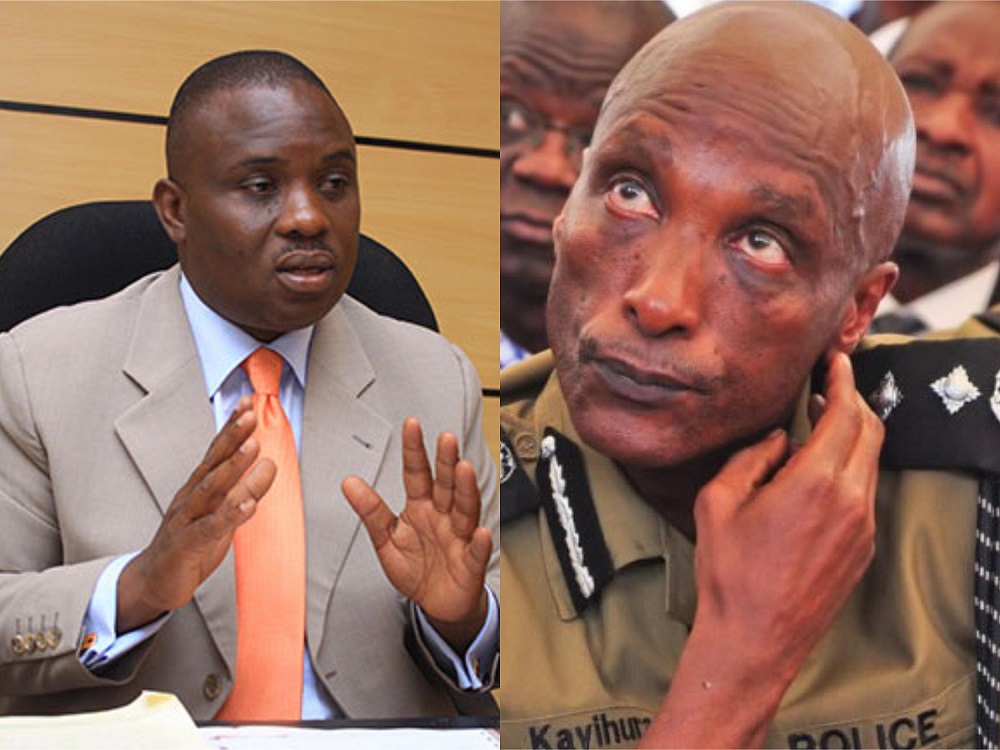 KAMPALA – Kampala Lord Mayor Erias Lukwago said the opposition will not sympathise with Gen Kale Kayihura after he was sanctioned by the US government, arguing that many of them suffered under his tenure as police chief.

US Secretary of State last Friday announced that they had put economic sections and a travel ban on Gen Kayihura, for alleged human rights violations during his time as former Inspector General of Police.

KAMPALA – The Electoral Commission rejected the withdrawal of Judith Adyaka Nalibe from the Kaabong Woman Member of Parliament race.

Ms Judith Adyaka Nalibe wrote to the Electoral Commission (EC) last week, saying she had decided to quit the contest, slightly a week to the September 26 voting day.

However, the commission’s spokesperson, Mr Jotham Taremwa, on Tuesday said that the withdrawal is incomplete because it was not endorsed by any authorized person from the Forum for Democratic Change -FDC party as required by law.

The forum is an initiative of The Young Politicians and Leaders Network, a global movement of young change agents dedicated to training its cohort to take up leadership roles to influence the future of Africa and the world at large.

Woman pleads guilty of feeding stepdaughter with her menstrual blood

Ms Namatta, a resident of Kitega village, Mukono district was arrested after her husband Mr Yunus Lukungu accused her of feeding his 13-year-old daughter Agnes Naava with contaminated food.

The accused appeared before court where the Prosecutor Ms Irene Namboozo was to produce witnesses when she raised her hand and pleaded guilty before the court despite the fact that on August 7, she had denied the accusation against her.

KOLOLO – PayTV giants, Azam on Wednesday, September 18 announced that they slashed their prices.

In a promotion dubbed ‘Nyongeza’, the PayTV set to significantly cut its price so as to offer its customers more value for their money.

The new promotional fees were effected from Tuesday, September 17.

VIENNA — Uganda and Russia signed an agreement setting out a plan to lay the ground for the construction of a centre for nuclear science and technology and a nuclear power plant in Kampala.

The two countries signed an intergovernmental agreement on cooperation in the peaceful uses of nuclear energy.

Parliament approves over £100M loan to set up irrigation project

KAMPALA – Parliament on Wednesday 18 approved a Euro 101.8 million loan to develop solar-powered irrigation and water supply system across the country.

Members welcomed the loan saying that the project would improve water supply and agriculture on which the majority of people depend.

The loan will be borrowed from the UK Export Finance (UKEF) and will go towards developing 920 water supply systems for domestic use and irrigation across the country, and will be implemented through the Ministry of Water and Environment over a three-year period.

KAMPALA – A section of lawmakers on the Public Accounts Committee on Wednesday, September 18, grilled officials from the Ministry of Ethics and Integrity to explain why they sanctioned the recently concluded Nyege Nyege festival in Jinja, an event they described as immoral and not befitting norms and values of Ugandans.

The team from the Ministry of Ethics and Integrity led by Permanent Secretary Alex Okello had appeared before the Committee to respond to queries raised in the 2017/2018 Auditor General’s report.

The report by the Auditor General, John Muwanga raised three audit queries among which included; the understaffing at the ministry, retrospective approval of procurement which auditors said would compromise the quality of goods and services and unauthorised appointment of local contract staff.

Tunis – Tunisia’s ousted autocrat Zine El Abidine Ben Ali died in exile in Saudi Arabia on Thursday, days after a free presidential election in his homeland. He was 83.

He had been in intensive care in a hospital for three months after battling prostate cancer for years.

KAMPALA – MPs rejected a plan by the government to fund the construction of Kampala-Jinja Expressway through a Public-Private Partnership (PPP).

Initially, the 85-kilometer road was planned to be constructed using funding from a loan from the African Development Bank (AfDB). The expressway is located along Uganda’s Northern Corridor, a strategic route within the region linking Uganda, Rwanda, Burundi, Democratic Republic of Congo (DRC) and South Sudan with Kenya’s Mombasa maritime port.

Raising on a matter of national importance during Thursday’s sitting, Hon. James Waluswaka (NRM, Bunyole West County) tasked government to explain the changes and the delayed commencement of works on the road.

KAMPALA – Forum for Democratic change (FDC) candidate who withdrew from the Kaabong women MP Ms. Judith Adyaka Nalibe threatened to sue Electoral Commission (EC), should they go ahead and print her photos in the ballot papers.

Ms Adyaka’s reaction follows a letter by the electoral commission rejecting her withdrawal from the race.

Mr. Obore recently secured a court injunction blocking parliament from sacking him on ground that his appointment as parliament director was illegal and done in contravention of the Parliamentary Service (Staff) Regulations, 2001.

Jane Kibirige, the Clerk to Parliament, hastily without any explanation wrote to Obore informing him to forcefully take his ‘accumulated leave’ with “immediate effect.”

KAMPALA — President Yoweri Museveni slammed singer Ronald Mayinja — accusing him of singing lies in many of his songs including the ‘Bizzemu’ that is deemed anti-government.

Museveni was the guest of honour at Catherine Kusasira’s concert held at Serena Hotel Kampala on Friday, September 20.

In his song ”Bizzemu” Mayinja highlights increasing insecurity, alleged nepotism, corruption in the country that he says are rampant.

In the song, he accuses the government of taking a back sit on many of the issues affecting the people including youths unemployment and failure to provide social services on top charging exorbitant taxes on every item.