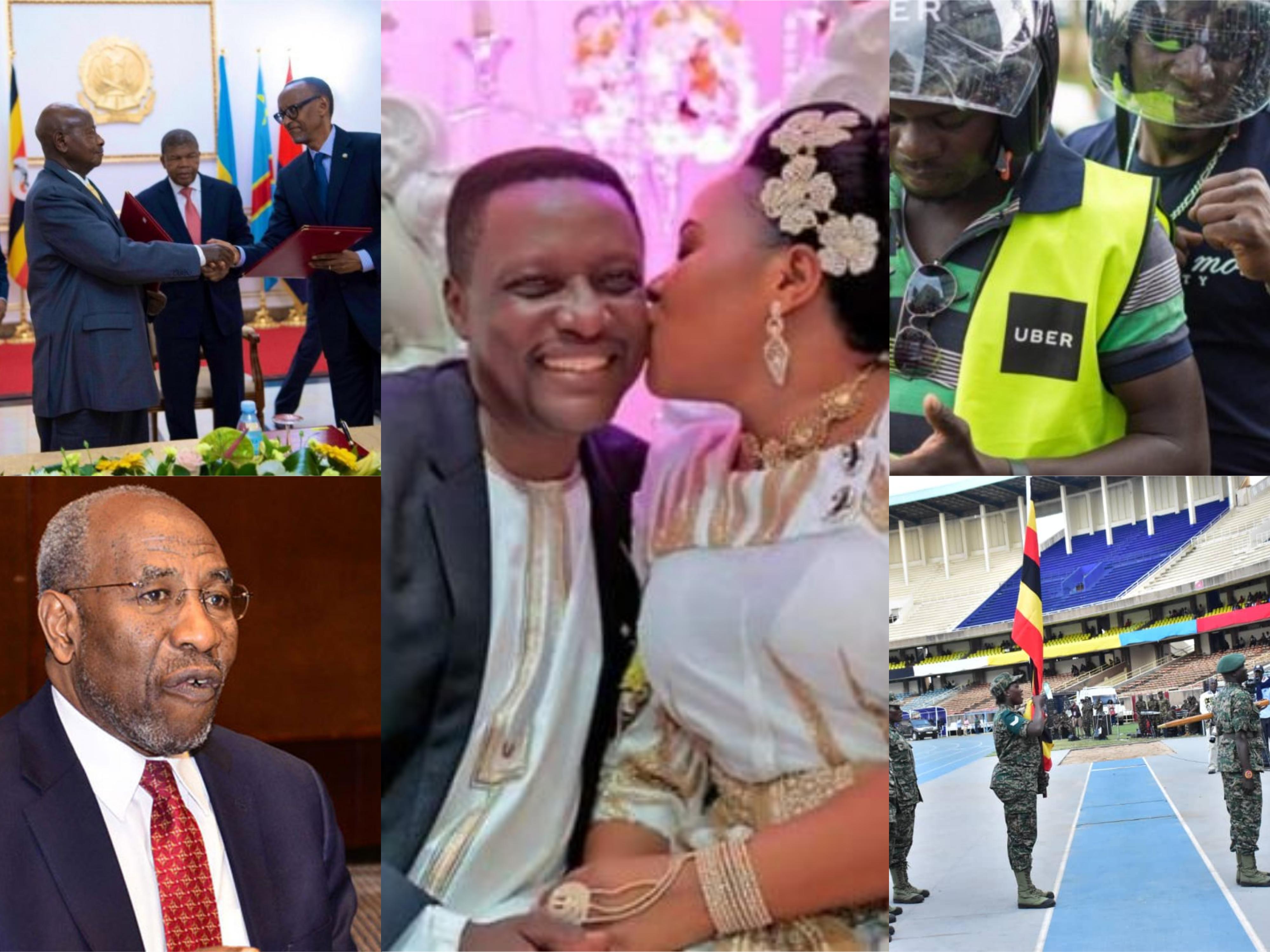 The week saw a diplomatic development between Uganda and Rwanda as President Yoweri Museveni and his counterpart Paul Kagame of Rwanda on Wednesday signed a Memorandum of Understanding in Luanda, Angola aimed at resolving the tension between the two countries. The event was witnessed by presidents Joao Lourenco of Angola and Felix Tshisekedi of DR Congo and is hoped to better relations. The Uganda-Rwanda border has been closed for months. If this ends well, is what remains in mind.

The understanding brought a sigh of relief, but before the ink on the deal paper could dry, the Uganda Communications Commission moved to block Rwandan websites for promoting hate speech. One of the websites facing closure is the Rwanda government-owned New Times.

The Leader of government business, Prime Minister Ruhakana Rugunda’s week had episodes of hard work. The Premier had a hard time labouring to convince the house that the Pearl of Africa is not dogged by mafias in the ruling party. What made his clarification even harder was the fact that one of his cabinet members, State Minister for Investment and Privatisation, Hon. Evelyn Anite, earlier in the week told journalists at the Ministry of Finance, that a group of Mafia were holding meetings and plotting to kill her and that they had gone as far as taping her phone calls, monitoring all her movements. Whatever it is, more may be unearthed as there were reports that the IGG is investigating minister Anite.

MP Babirye’s marriage on the rocks:

Ms Anite is not the only female MP in the news, Woman Member of Parliament for Buikwe District, Hon. Judith Babirye, was in the news for her failed marriage to fellow MP Paul Ssebulime of Buikwe South. Hon. Babirye is reportedly in the USA on medical grounds and her husband Hon. Ssebulime chose the time to boomerang to his old chick, Rukia, and the two have started on a marital journey that no one can halt since the marriage between the two MPs is null and void. According to information obtained from the Registrar of Marriages, Judith Babirye’s marriage to Samuel Niiwo still stands as the two have never divorced.

Hundreds of marriages are declared null and void on a technicality

Sad for Hon. Babirye, but she seems to have got some good company in that cold corner as hundreds of people, have had their marriages declared invalid due to a technicality.

It looks like the registrar of marriages has to re-issue and circulate the guidelines to wed, as some institutions seem to have forgotten what works and what does not. It turns out hundreds of couples that wed at Bugolobi Resurrection Church since 2016, have to re-do their marriages because their original vows were taken in a place that was not gazetted by the state to wed couples. If this may necessitate a mass wedding for the couples to go through the vows again, it is the Church of Uganda, under which the church in question belongs to decide. 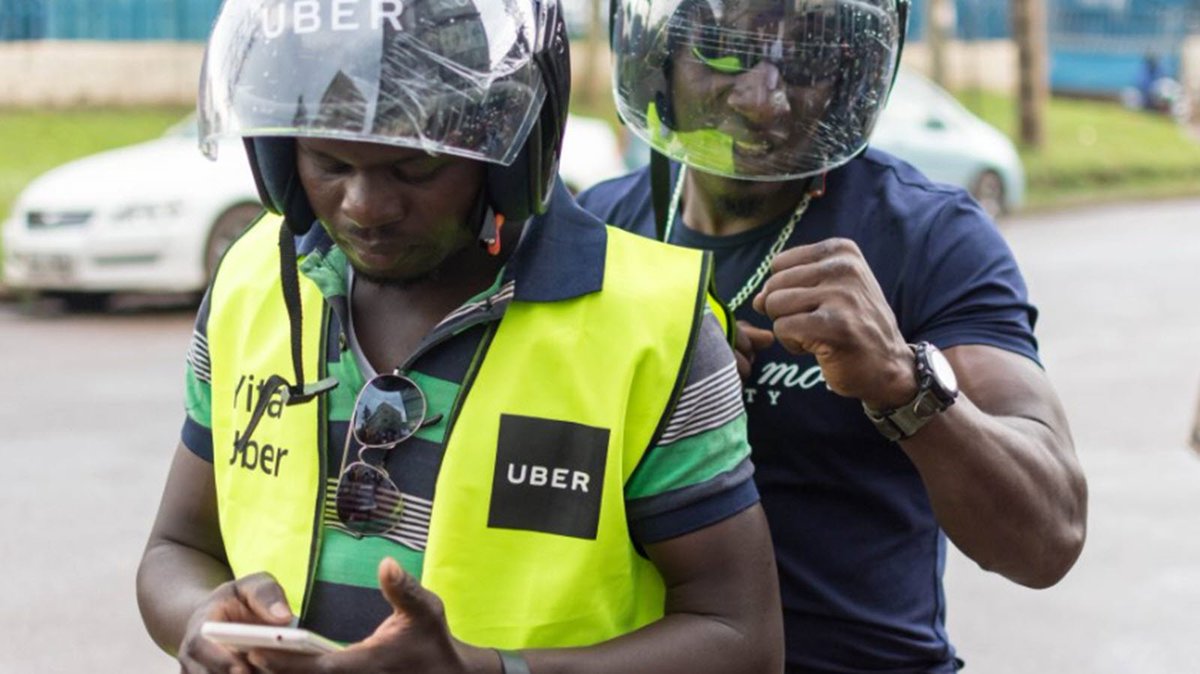 Also in the news, San Francisco based company Uber, stopped night rides in reaction to the security risks Boda Boda riders in Uganda face. “Due to emerging safety concerns affecting Boda Boda riders & drivers at night, we made a proactive safety call to turn off the Uber Boda option from 11pm- 6am daily, starting August 19, 2019 until further notice. The UberX option is still available 24/7,” they announced.

Judiciary back in the news for the right reasons:

For those employed in the Judiciary, things seem to have turned around for their good.  Reports indicated that the government on July 1 fulfilled their promise to increase salaries for different judicial officers. The new salary structure seen by this website indicated that some judicial officers, including judges and magistrates, had received 100 percent increment. For example, the new structure released by the Ministry of Public Service showed that the salary of a High Court judge had moved to UGX17.55m from the original UGX 9 million per month.

In sports, the Uganda People’s Defense Forces (UPDF) brought home two golden medals. The army was awarded two golden medals in Volleyball and Netball. The Volleyball awards were at the indoor Arena Centre Kasarani while the netball awards were at Kenya Monetary Training Institute in Nairobi Kenya. The two golden awards were based on the best performance UPDF demonstrated while participating in the games where the UPDF won Kenya’s KDF in volleyball 3-0 sets, Burundi’s BDF 3-0 sets, Tanzania’s TPDF 3-0sets but was defeated by Rwanda’s RDF 3-2 sets.

KCCA FC had to do it the hard way in order to reach the CAF Champions League first round.

The Kasasiros who lost the first leg in Malawi 2-3, endured a frasturating 80 minutes of the return leg played at the StarTimes Stadium in Lugogo on Saturday afternoon before getting the job done.

Mustapha Kizza broke the deadlock in the 81st minute, setting the stage for Allan Okello to seal the tie with a second goal five minutes later.

The 2-0 victory saw KCCA FC win the tie 4-3 on aggregate and in process, set up a first-round tie with either Lesotho’s Matlama or Angolan champions Petro de Luanda who contest their second leg in Maseru on Saturday. Petro de Luanda won the first leg 2-0 a fortnight ago.