KAMPALA – Uganda is home to some of the most beautiful National Parks in Africa. The most visited of these is the Queen Elizabeth National Park in Uganda’s Western Region. Visitors from all over the world come here to experience the majestic wildlife in the area, including the African buffalo, the Ugandan kob, and the Nile crocodile.

A visit to Queen Elizabeth National Park is the best way to experience African wildlife at its finest. While you observe lions basking in the sun and hippos bathing in river waters, you can take in the breathtaking volcanic landscapes of Uganda. If engaging in an African wildlife safari is something you have always dreamed of, Queen Elizabeth National Park is the place to do it.

Queen Elizabeth National Park was established in 1952, but back then it was known as Kazinga National Park. The name was changed to its current state after Queen Elizabeth II of Great Britain graced the park with her presence. She was so impressed by the wildlife and scenery that the Ugandan government decided to forego the name Kazinga and change it to Queen Elizabeth.

The park’s area takes up 764 square miles (nearly 2,000 square kilometers) of protected land. There are several additional national parks nearby, including the Kibale National Park of Uganda and the Congo’s Virunga National Park.  While at the park itself, visitors are impressed by the sheer number of natural wonders found here. These include the Kyambura Gorge, Kazinga Channel, and the Maramagambo Forest.

The Wildlife of Queen Elizabeth

The main reason to embark on a journey to Uganda is to experience wildlife. That is more than possible in Queen Elizabeth since it is home to nearly 100 unique mammal species. There are nearly 500 different species of birds here as well, making it the perfect destination for avid bird watchers. On top of that, the park serves as a lion conservation unit, protecting nearly 200 lions.

One thing visitors love in particular about signing up for a Queen Elizabeth wildlife safari is that the park remains green and lush all year round. It is located within what is called by locals as the “rain shadow” of the Rwenzori Mountain Ranges, so there are never extensive periods of drought. Visitors can observe lions, leopards, hippos, elephants, and many others in their natural green habitat of the park. One of the reasons for the popularity of Queen Elizabeth Nation Park is its proximity to the mountain gorillas in Bwindi and Mgahinga. To most tourists, Gorilla safaris in Uganda cannot be complete without also visiting Queen Elizabeth National Park, Lake Bunyonyi, and Kibale National Park.

Getting to Queen Elizabeth National Park

There are two ways to reach the park, one by air and the other by road. Many visitors start their journey from Kampala, the capital of Uganda, and drive the 420 kilometers to Queen Elizabeth. This takes at least 6 hours, which is not ideal for everyone. Driving from the town of Fort Portal takes about half that time. Either way, there will be some driving involved.

If you choose to take a public bus from Kampala, the bus will not be granted access to Queen Elizabeth. Private vehicles are allowed in, but public buses will drop passengers off in the nearby town of Kasese. From there, it is possible to hire a private taxi, but the best bet is to find a reputable tour company in Uganda. A good tour operator is the most reliable and safest way to access the park grounds.

If traveling by air sounds more appealing, it is possible to hire a chartered flight to one of the three airstrips near the park. You’ll most likely take a flight from Entebbe International Airport near Kampala to the Ishasha, Kasese, or Mweya airstrip. Hiring a private car from there will be necessary, but this cuts down significantly on driving time. You can also organize a driver to pick you up from the airstrip through a tour operator.

Things to do in Queen Elizabeth National Park

Many people assume that the main attraction to see within Queen Elizabeth is the majestic African Lion. This is not an incorrect assumption, but it merely scratches the surface. There is so much to see and do within the park that many visitors wish they had planned for a longer stay. Uganda is known as the Pearl of Africa, and it’s possible to see why after spending time in the park.

Some of the main activities that keep visitors busy include bird watching, nature walks, game drives, chimpanzee trekking, and of course, the wildlife safari. All of these activities and more can be included in a Queen Elizabeth safari. It’s even possible to take a guided cultural tour to learn about the ways of the local people. For panoramic views of the park, there is no better activity than a hot air balloon ride.

One of the most popular activities to do in the National Park is to embark on a wildlife game drive. During a game drive, participants can observe 95% of the mammals that would be seen at the famous Serengeti National Park in Tanzania. This is a major draw since the Serengeti is often thought to be the #1 safari location in the world. Queen Elizabeth National Park isn’t far behind.

Queen Elizabeth offers some of the best scenic views in the world, even better than the Serengeti. During a game drive, you’ll get the chance to see everything from lush savannah grasslands to clear crater lakes. Each drive lasts between 3 and 4 hours and departs in the early hours of the day.

Just because you’ve already participated in 1 game drive does not mean you can’t do another. There are several options for game drive locations within the park. These are the 3 main game drive sectors of Queen Elizabeth:

The Ishasha Sector is the best spot to observe the infamous tree-climbing lions. Spotting these lions is rare and is not possible in any other part of the world. Nobody knows for sure why these lions like to climb trees and laze around in the branches all day.

Scientists believe that it has to do with the bugs and parasites found on the ground, and climbing trees is how the lions avoid them. No matter how you choose to spend your time here, be sure to embark on a game drive to Ishasha to see these rare creatures. This sector of the park is also home to warthogs, elephants, and water buffaloes.

Home to nearly 500 unique bird species, Queen Elizabeth National Park has been ranked as one of the top destinations for bird watching. Avid bird watchers travel from far and wide just to catch a glimpse of the Yellow-Throated Cuckoo, the White-winged Warbler, and the Whalberg’s Eagle.

All of the park’s birds can be found at the Bird Observatory located in Mweya. You can sign up specifically for a bird watching tour to see as many bird species as possible. Just try not to forget about the other animals found within the park as well, like the tree-climbing lions of Ishasha and the chimpanzees of Kyambura Gorge.

Many animals spend most of their time at the water’s edge for bathing, drinking, and even hunting. There’s a good chance you’ll see elephants and buffalo, and an even bigger chance of spotting crocodiles and hippos. There are several options for taking a boat cruise, including public boats as well as private tours organized by Mweya Safari Lodge.

Another popular activity within the park is chimpanzee trekking to Kyambura Gorge. Many groups of chimps can be easily tracked here, so you’re almost guaranteed to spot several primates during a trek. In addition to observing chimps, you’ll also get the chance to spot baboons, Red-Tailed monkeys, and White Colobus monkeys.

Accommodations within the Park

Staying within the park grounds is a must for anyone partaking in a wildlife safari. There are several options for accommodations within the park, ranging from rustic tented camps to luxury lodges. A good tour operator can help you book accommodation, activities in the park, and even secure your Uganda gorilla permit, leaving you with the task of only showing up.  The most popular accommodation is Mweya Safari Lodge, especially if staying somewhere with the best modern amenities is a must for you.

The Mweya Safari Lodge was built with luxury in mind and it is conveniently located near the Kazinga Channel. The rooms are comfortable and come equipped with air conditioning, which is a must for some guests. If signing up for a boat tour is something you’re interested in, the lodge staff will organize a private boat cruise for you and fellow guests.

There are plenty more accommodations to choose from in addition to the luxury lodge. The Ishasha Wilderness Camp is a great choice for budget travelers hoping to spot the tree-climbing lions. Katara Lodge is another comfortable place to stay that rivals the Mweya lodge in terms of luxury. 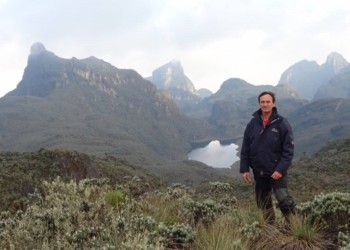 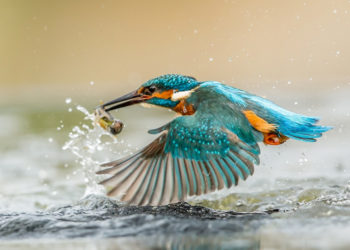 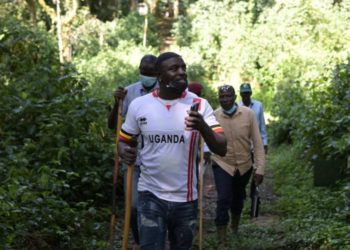 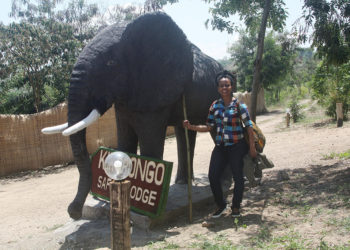 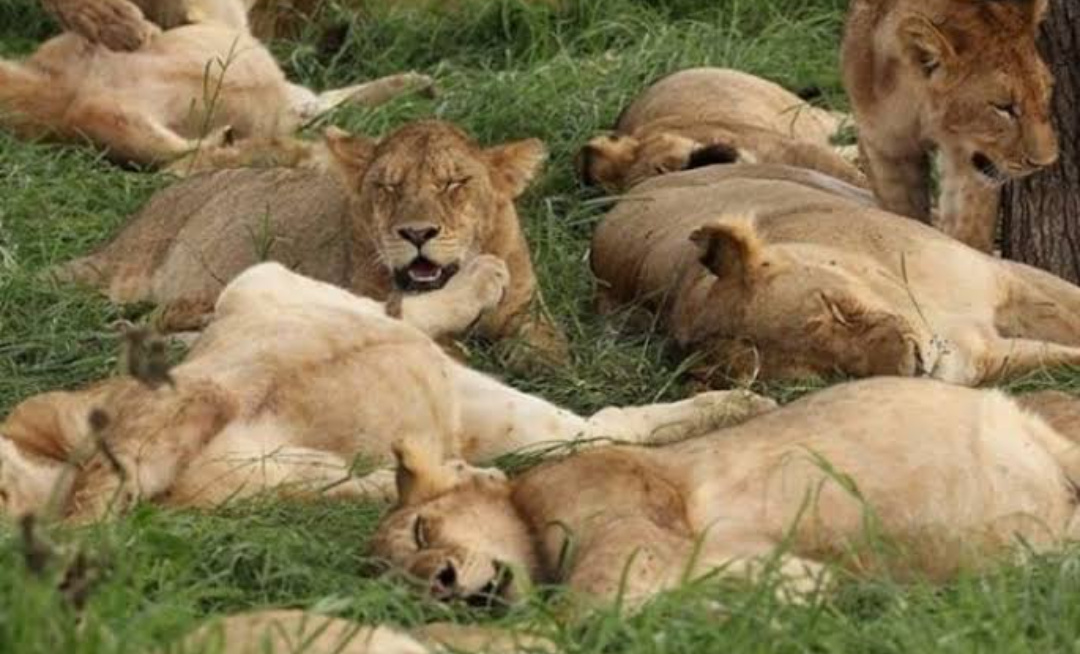 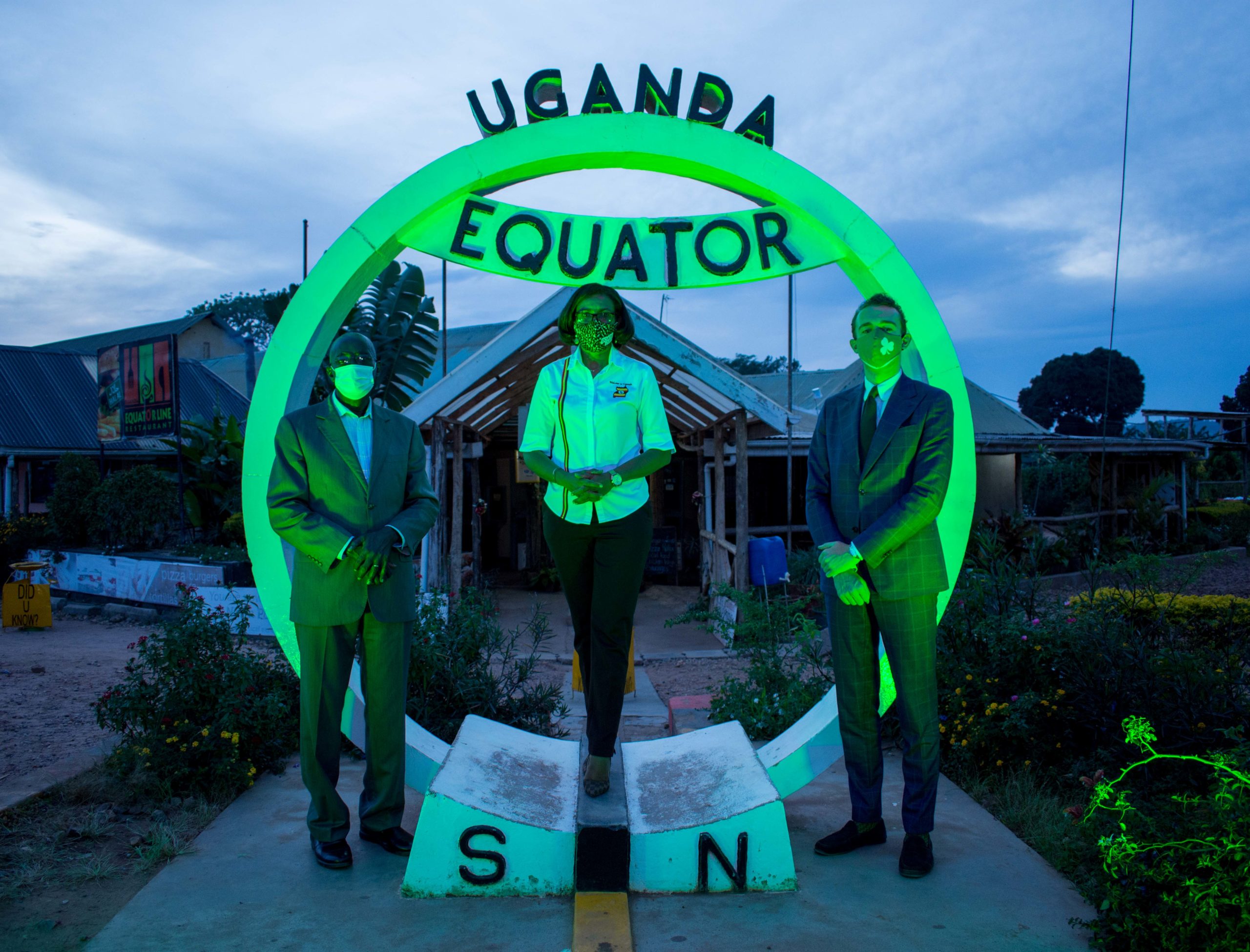