UFF 2021: All the winners at this year’s festival 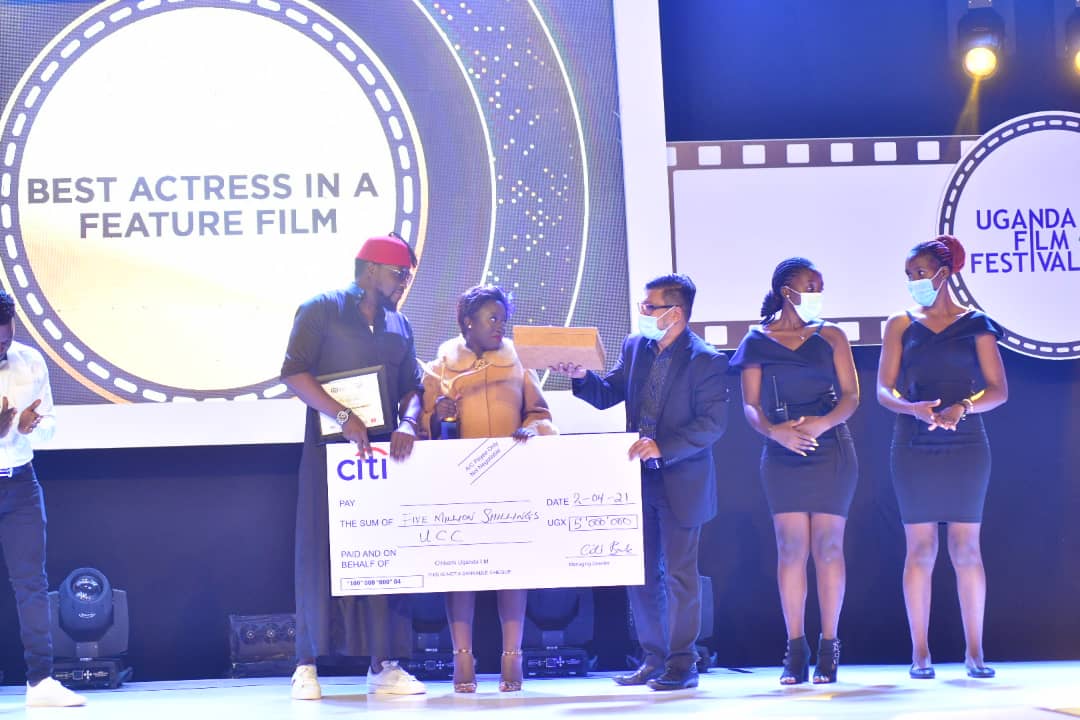 KAMPALA — The Uganda Film Festival (UFF) awards climaxed this Friday with an award gala overseen by Uganda Communications Commission and partners including Multichoice Uganda. The partly virtual event was held at Uganda Institute of Information and Communications Technology, Nakawa. 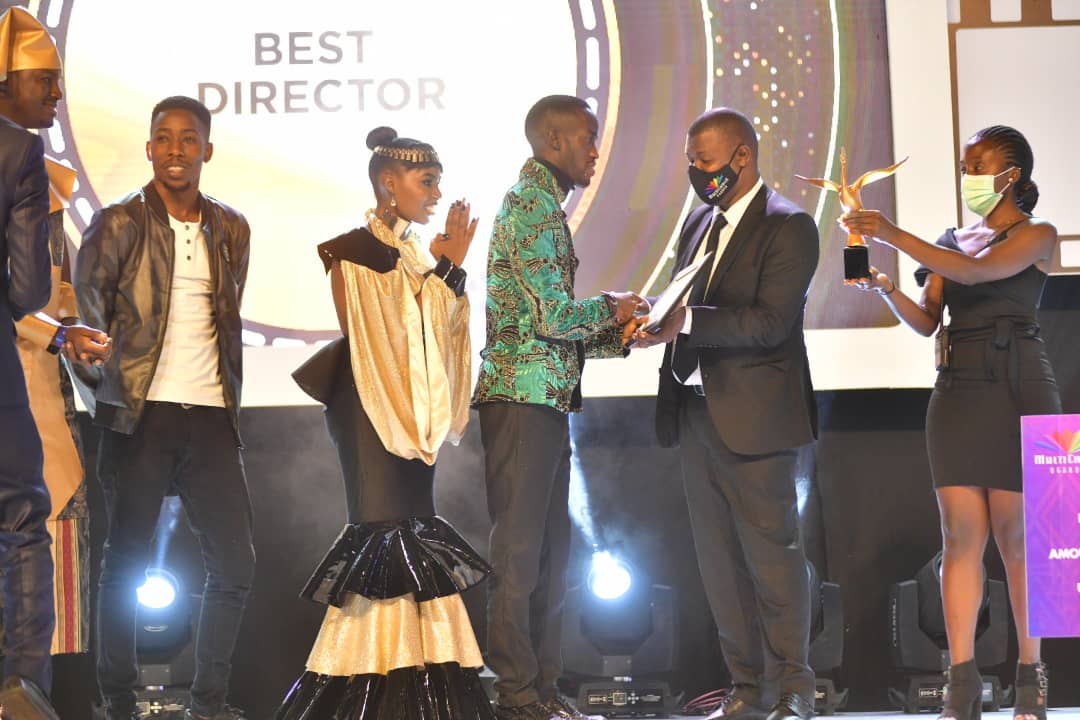 The event kicked off at 16:00 local time— with guests socially distancing as one of the top Coronavirus containment protocols.

The gala was graced by ICT and national guidelines minister Judith Nabakooba and UCC Ag. Executive Director Irene Kaggwa whose birthday was celebrated at the gala. 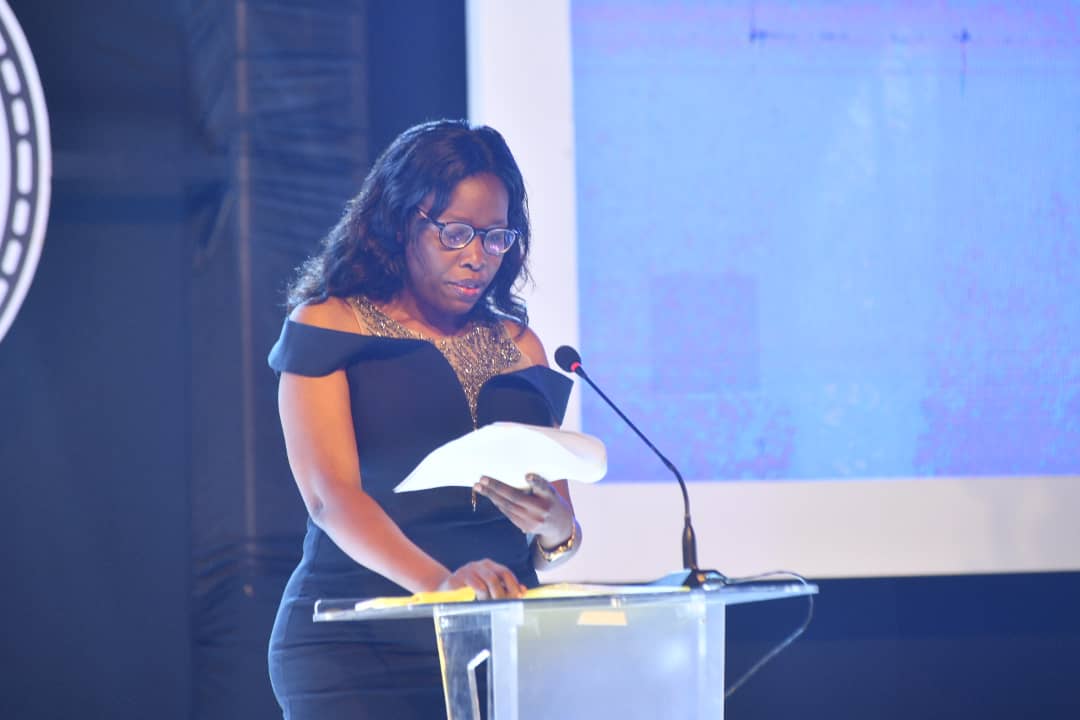 ICT Minister Nabakooba said there is no doubt that film is an important sector in the development of Uganda.

“The film industry is a huge sector, employing many Ugandans and bringing revenue to the economy. I believe that the industry is at a point of no return and is moving forward,” the Ministry said. 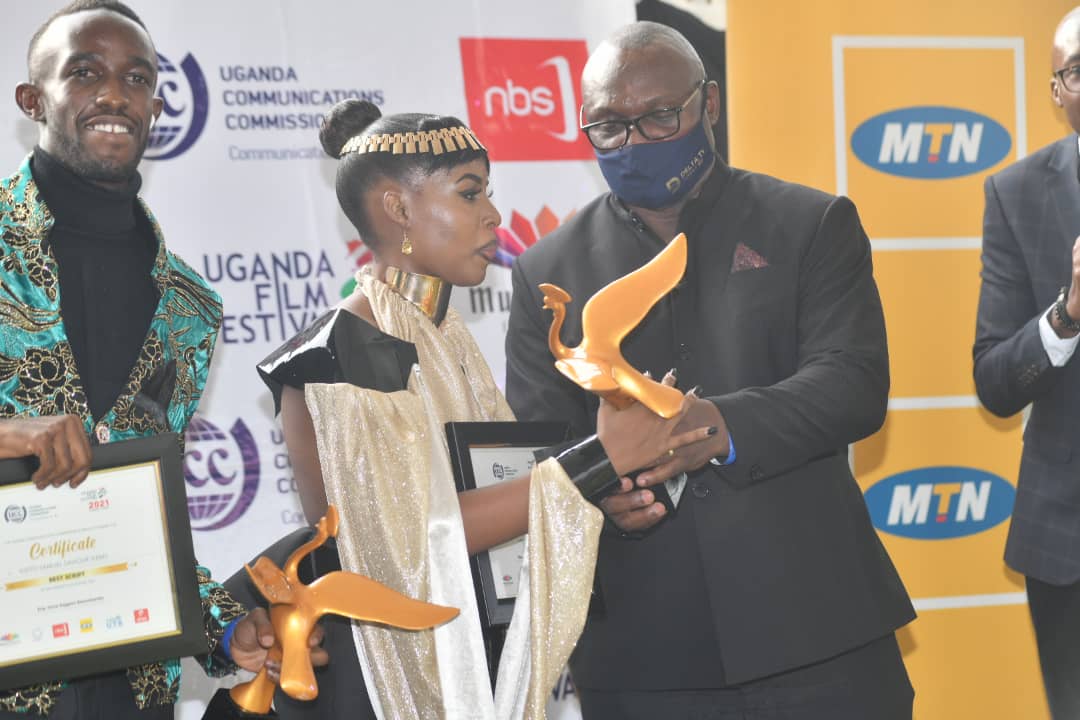 “It accords us a great opportunity to highlight our customs and tourism …UCC is proud to support the industry and is open to support any ventures in this direction”. 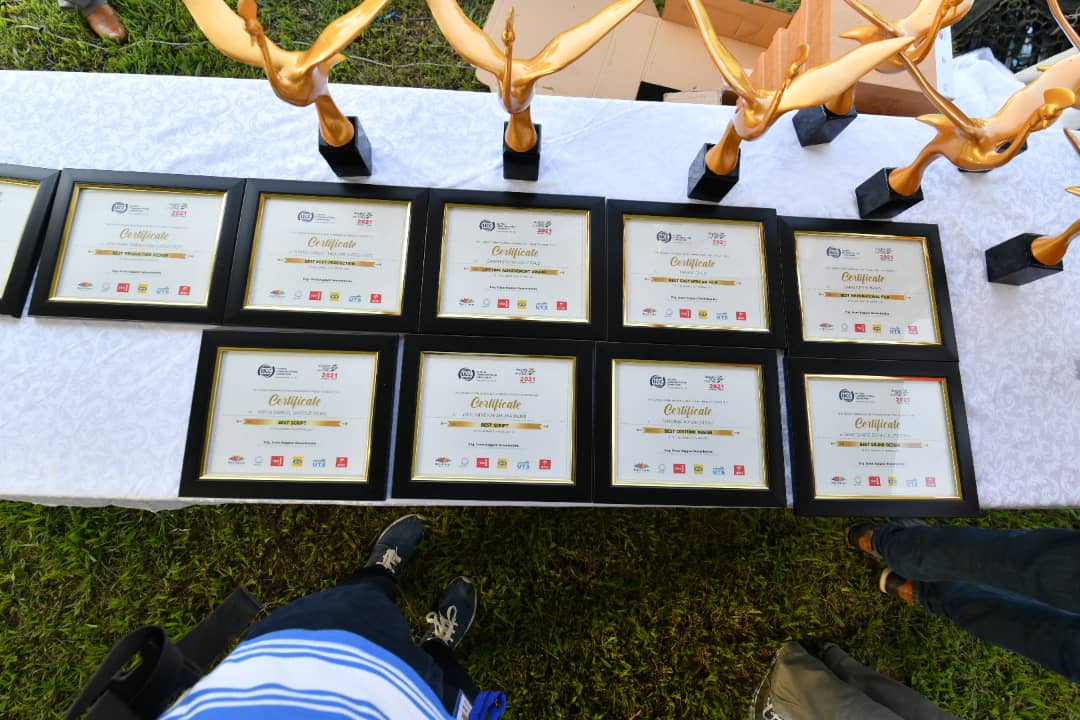 The awards kicked off at 7:00 pm with new and old faces scooping top accolades.

Actress Sarah Kisawuzi scooped the Lifetime Achievement award for her outstanding service to the industry while Raymond Rushabiro took home the Best Actor in Feature Film Award and Best Actor in TV Drama. 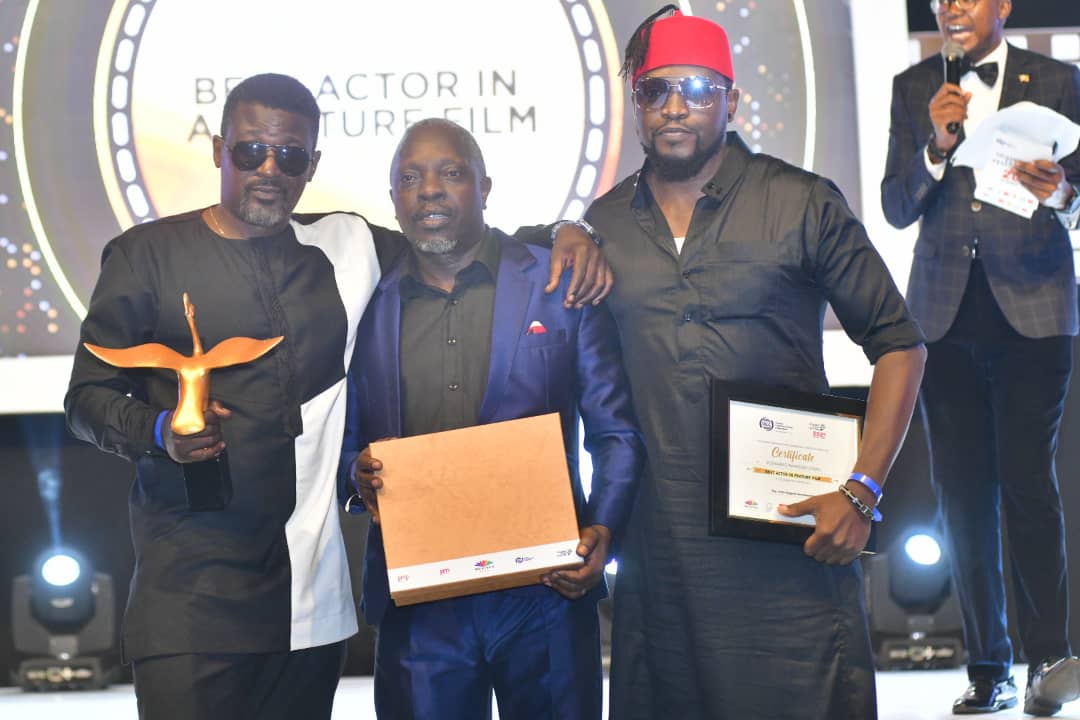 The biggest award of the night, Film of the Year (also Best Feature Film), went to Stain by Morris Mugisha.

There was more to take home than accolades. Some categories also had cash prizes.

For instance, Best Cinematography Award and Best Director, there was a cash prize of sh10m from Multichoice Uganda. 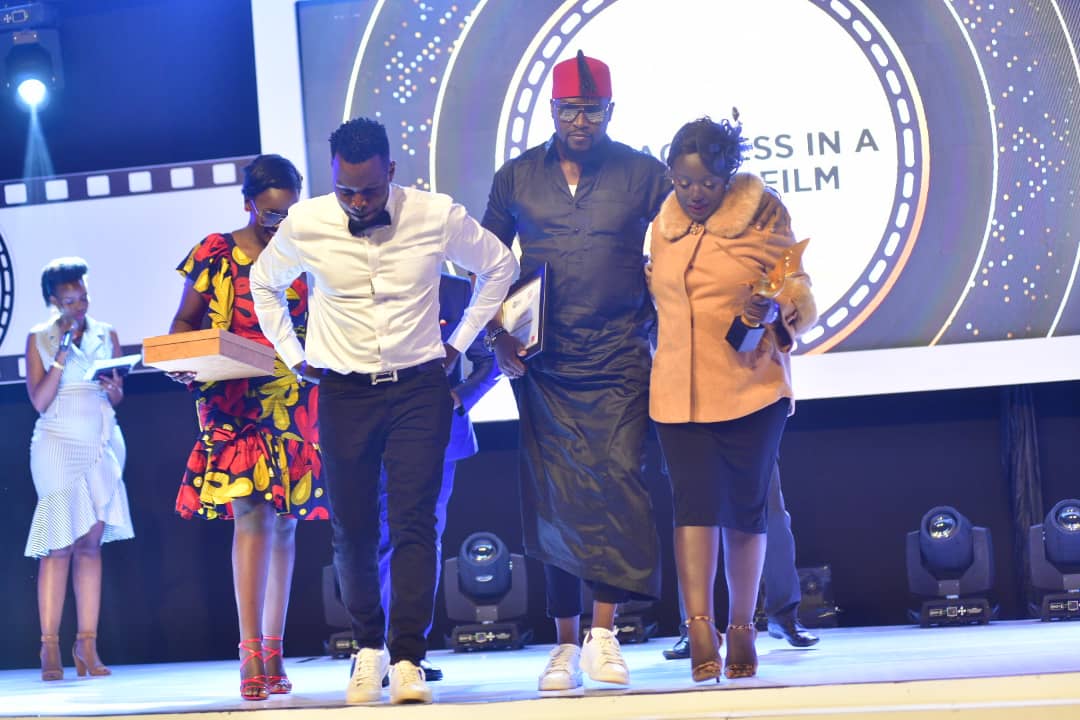 Best Student Film – Till Death Do Us Apart