KAMPALA – For some time now, rumors of siger Cinderella Sanyu being pregnant have been flying all over social media. The singer who recently got engaged to her fiancée Joel Okuyo Atiku Prynce shocked fans when she appeared for the Club Beatz Online Concert over the weekend without a baby bump like many had hoped.

Cindy Sanyu returned for the second time after gracing the show with an unforgettable performance in the month of May. Her stint is ranked high on the list of the best Club Pilsener’s series.

Clad in white shorts, white sneakers and a white jacket covering the red crop-top, Cindy surely looked not pregnant at all putting an end to all rumors of her carrying a baby.

The vigor alone she showcased on stage surely, no pregnant woman can ever pull that off, not even Cindy well known for her energetic stage performances.

She performed several of her songs including Ayokyayokya, Dilemma, One and Only, Kiki (Faded), Tempo, Still Standing, Sunset, Too much before closing her performance with Boom Party.

She also did a cover of Beyonce’s ‘Hold Up’, Mr. Vegas’ ‘I Am Blessed’ and a couple of other Jamaican riddims in a performance that continued to prove that she is the best female performer in the land.

Tendo was excited about the opportunity to perform at the platform and took to her socials to express her gratitude.

“I am so grateful for the opportunity. Thank you to everyone that spared their time to watch my performance last night. Thank you Club Pilsner and Fenon Records for the big opportunity. I can never take this for granted,” she posted. 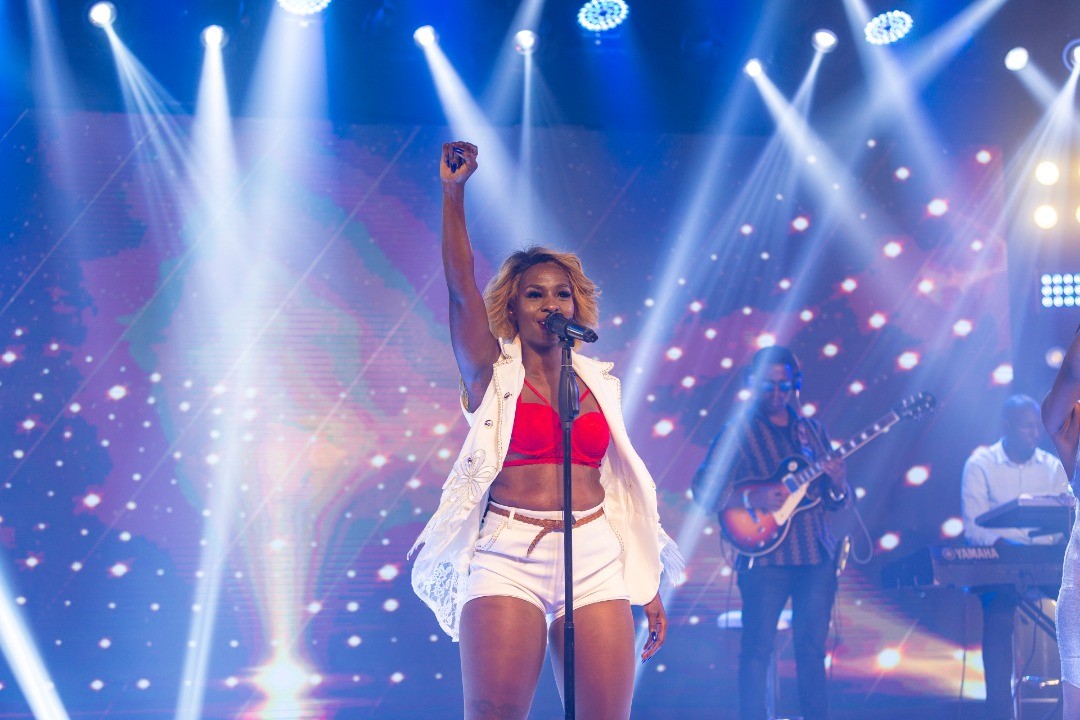 Fenon events as usual gave life to the show with a beautiful production that kept the online audience glued to their devices watching the show. The whole production of the show was something to reckon with as it had everything tick from the lighting, sound and stage.

Fenon has done justice to the Club Beatz At Home Online Concert since it started in May and they have been consistent in doing something creative for each episode.

The first time Cindy Sanyu performed at the Club Pilsener-sponsored Club Beatz At Home concert in May, she seemed to have a bulged tummy which led to rumors flying around indicating how she was pregnant for her new boyfriend Joel Okuyo Atiku Prynce.

The rumors kept on spreading with several critics basing them on Cindy’s weight gain and fashion which has recently been recently dominated by over-sized clothes. In her recent photos, it’s hard to see her not wearing a jumper to cover her upper body.

Violence takes us nowhere! Pastor Kayanja calls for calm in the electoral period