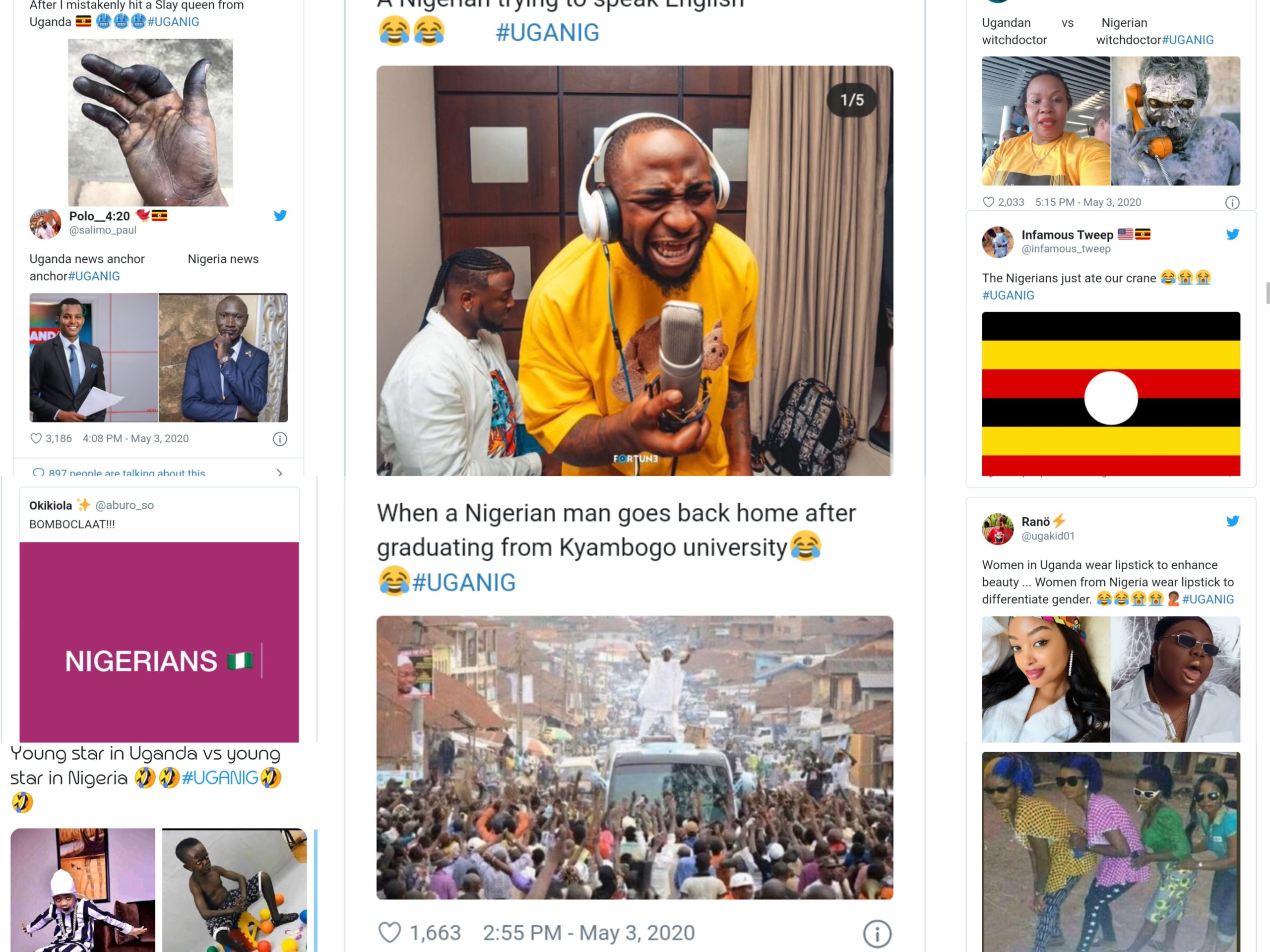 KAMPALA/ABUJA — Twitter went into a total frenzy on Sunday after users from Uganda and Nigeria locked horns in a superiority war of words on the social media platform.

The first punch was thrown by a one Sharon Godwin, a Ugandan blogger, who took to her page to enumerate the different ways in which Uganda is better than Nigeria.

Her comparison cuts across different frontiers like music, politics, education among others.

She also claimed that ‘Parte after Parte’, a song that enjoyed massive airplay in Nigeria by Big Tril, a Ugandan musician, is bigger than the whole country’s music industry.

“Uganda’s Parte after Parte is bigger than the whole of the Nigerian music industry. Argue with Bubu,” she wrote. 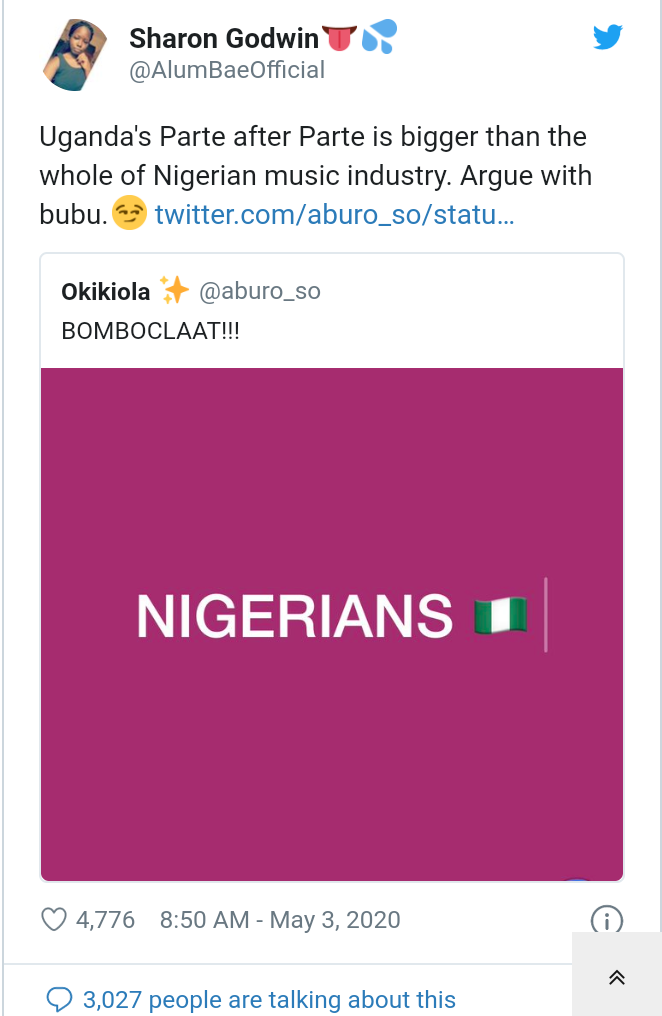 Sharon’s comment, however, didn’t go down too well with a huge number of Nigerians who took to the microblogging platform to launch hilarious attacks at their Ugandan counterparts, who also seemed well prepared as they fired back.

In a short while, the hilarious banters developed into a full-blown Twitter war between users from both countries.

“Whoever designed the Nigerian National flag was high on a Blunt no creativity at all, the thing looks like a bedsheet,” a Twitter user said.

Here are some of the memes: 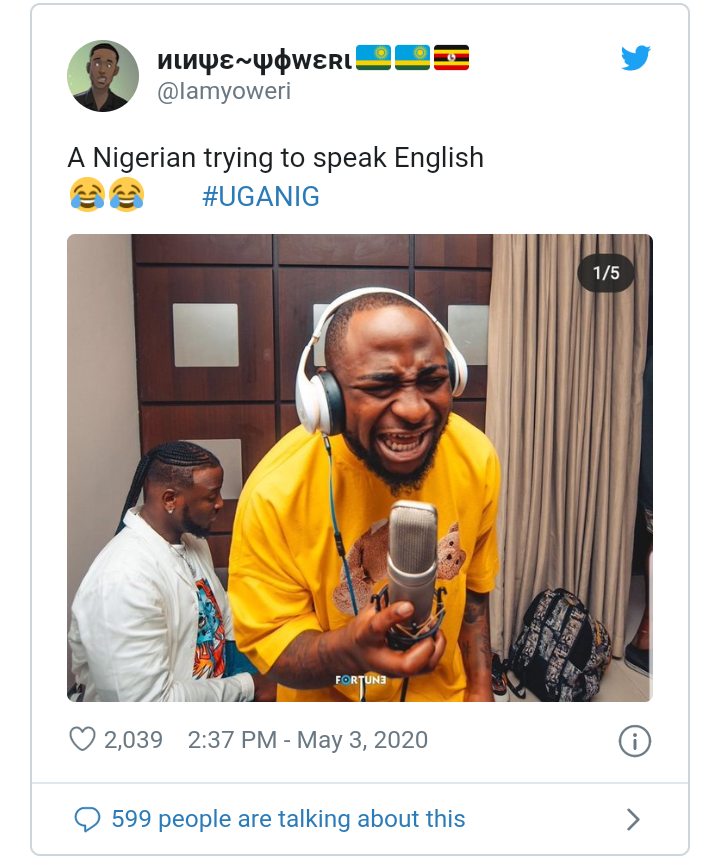 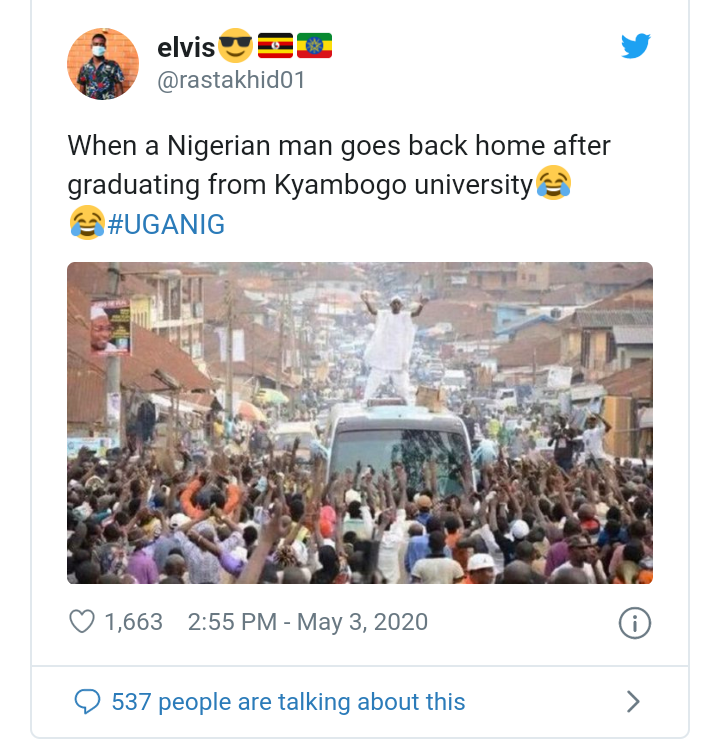 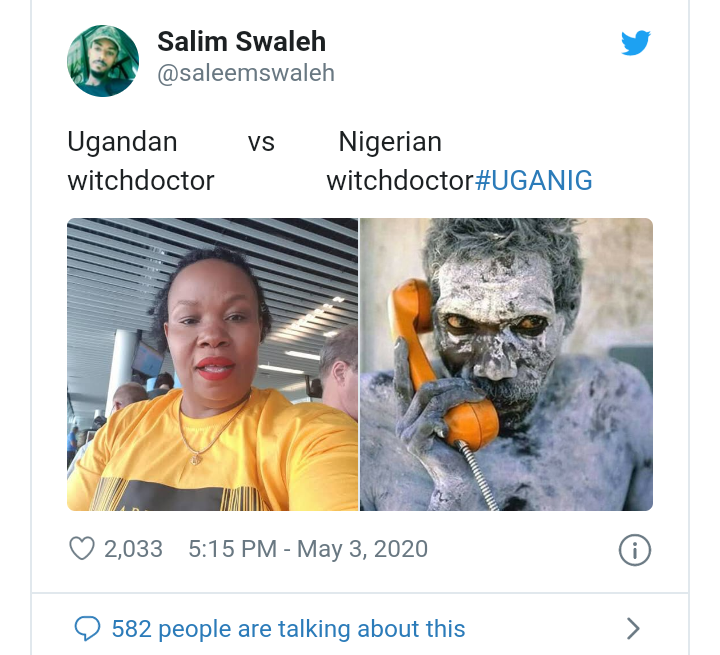 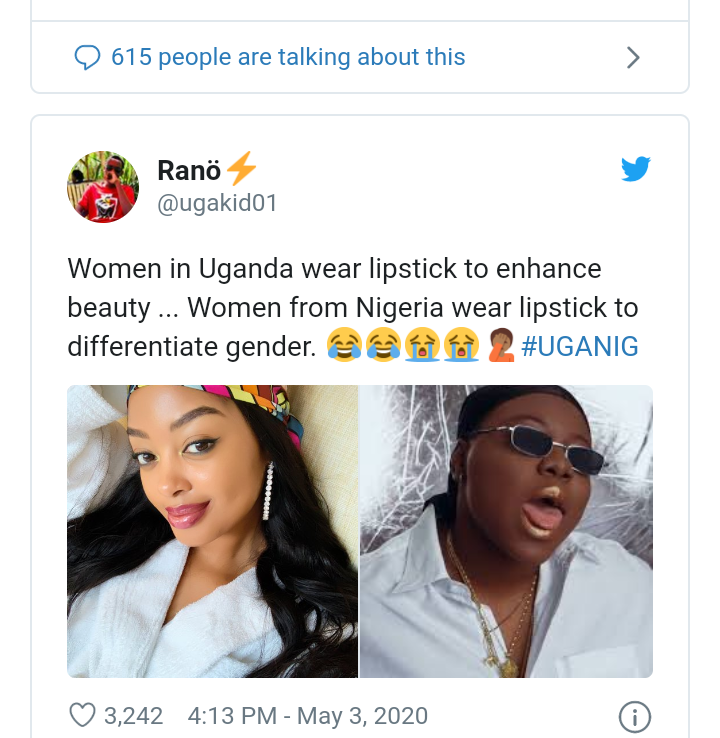 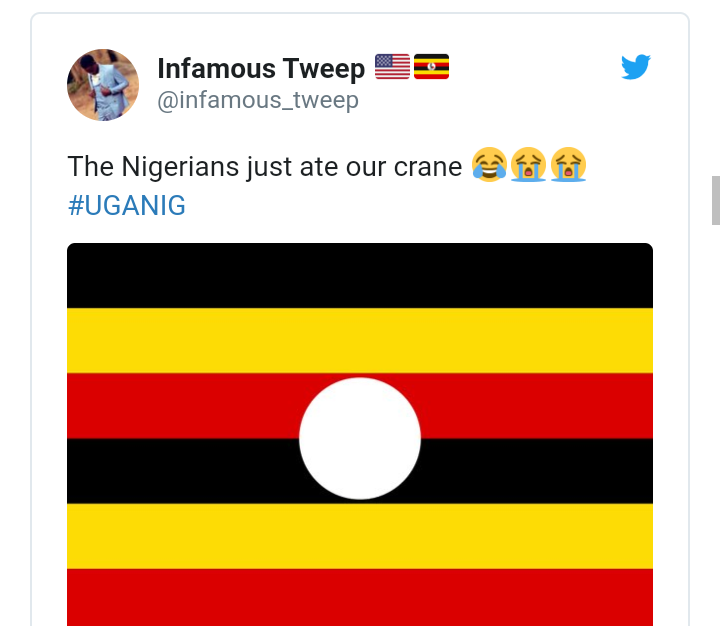 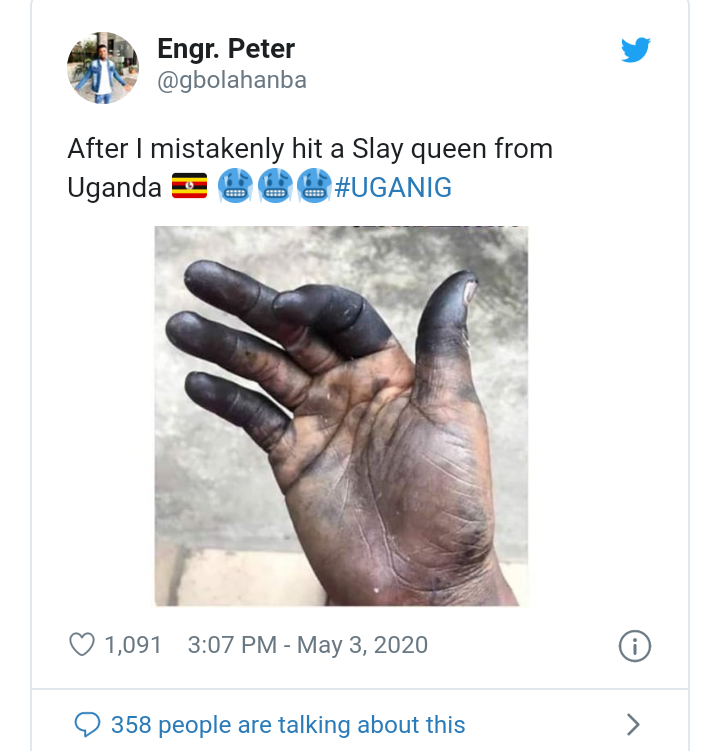 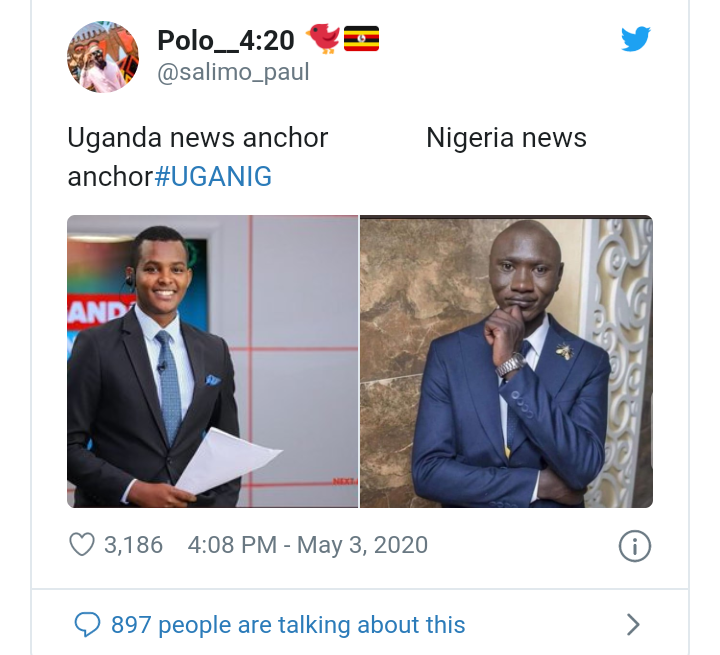 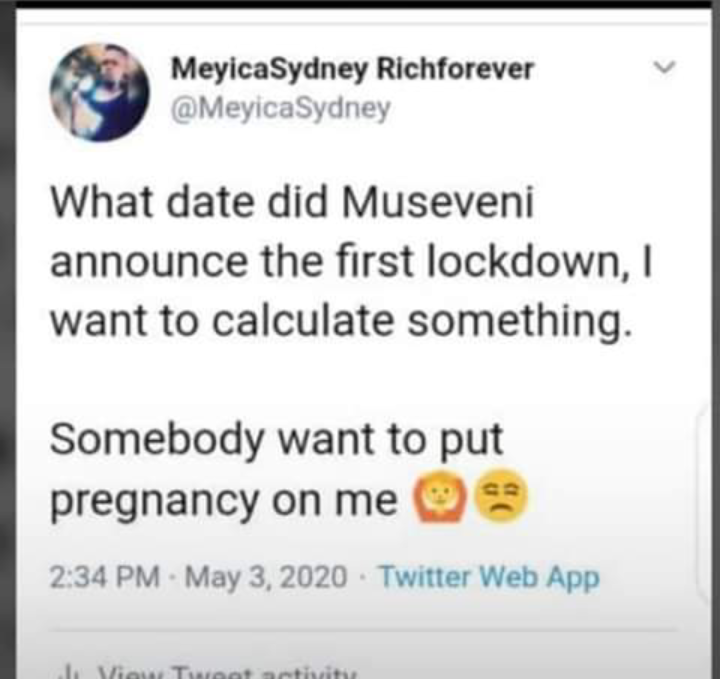