The self-proclaimed queen was the main act of the night and did not disappoint the mediocre turn out, dressed in a multi colored tight top fitted short black pants laced with netted body stockings.

Sheebah 29 later headed to the dance floor with her new tunes “replace me” that featured Grenade official and John Blaq, “Silwana” that earned her a jumbo of cheers from ladies. 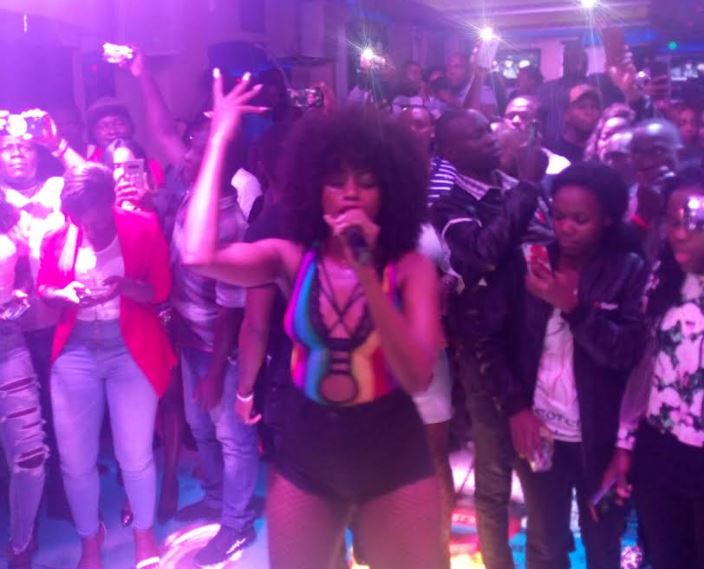 The groove went on till the wee hours of the morning with mixes from DJs on the decks.

Sheebah Karungi is a Ugandan recording artist, dancer and actress who debuted her acting career in Queen of Katwe as Shakira. After quitting Obsessions, a dance group she joined in 2006, she rose to recognition upon the release of her hit single “Ice Cream”.