KAMPALA – Uganda has become the second home for Jamaican artists. It is barely two months since Jamaican reggae artiste, Chronixx graced the Pearl at the Jam Pulse festival and now it is time to brace for Christopher Martins and D- Major on Friday, August 23, at all-star Swangz 2019.

Last year it was Tarrus Riley, and with the forecast on the entertainment scene, another batch may jet in to climax the year in style as you know we are the heart of entertainment and nightlife in East Africa and beyond.

The All-Star Swangz has become an annual must-attend for partiers, it started as an anniversary to celebrate the with fans and their artists for the dedicated support in the industry, with various regional tours, as you all know hitches are had to eliminate totally at some events hooligans pelted bottles at Bebecool on stage at the same party.

To create the hype for the Grand Fete, several shows have been organised in major towns that included; Mbarara on June 15, Gulu on July 6, Kabale – July 20, Arua , July 27 and Masaka, August 3, with enigmatic performances from John Blaq, Vinka, Fik Fameica, Winnie Nwagi, Beenie Gunter, Nina Roz among others.

For starters, this will be Christopher Martin’s second appearance in Uganda after a major flop at his maiden show due to poor management and coordination at Freedom city, Namasuba. 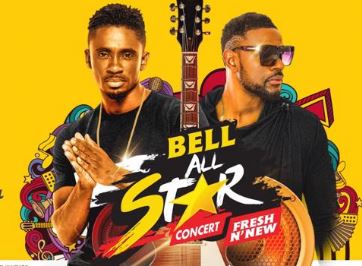 Despite the hiccups, Martin’s and D- Major are great icons in the music industry known for their magical touch in soul, reggae and R n B and with sensational command from both their home country and on the international scenes in Africa, Europe, America, Asia Carribeans with hard-hit bangers such as “love all we need”, ” Tonight ” , ” Jamaican girls”, “Nah Go change” , “Giving it” and ” Real know real”, “Tell me who”, ” people make the world go around ” and ” That’s what loves about” by D- Major that most of the fans here are familiar with.

All the best! , as we warm up for this Jam reggae session.