KAMPALA – Mukiibi Sadat alias Khalifa Aganaga has taken a jab at artiste-cum politician Bobi Wine and Kasepiki hitmaker, Bebe Cool, revealing he will pay for both the audio and video production for a Bobi wine – Bebe Cool’s collabo.

The ‘Kibooko fire‘ hitmaker made the remarks during the Celebrity Top Seven show on Sunday, May 12, at the Kansanga based Galaxy FM.

The show gives a platform to Ugandan Music Celebrities to share their top seven bangers including their own songs. 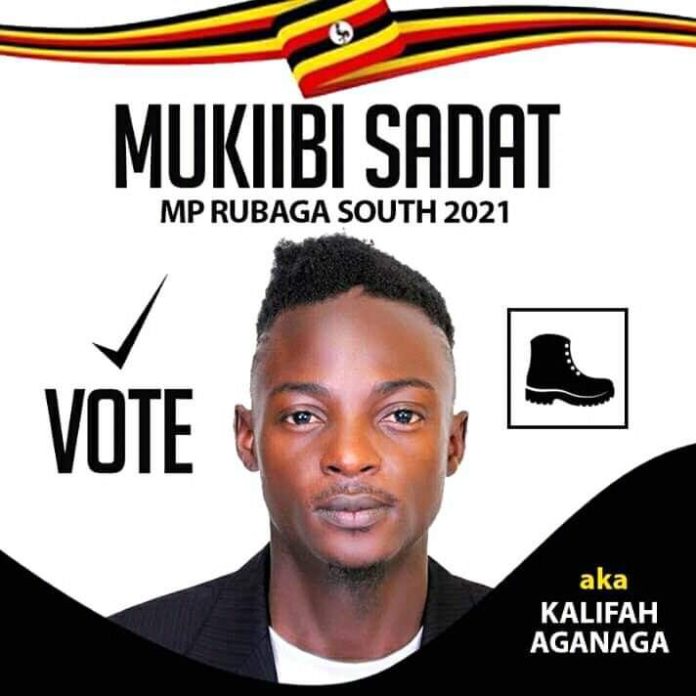 He revealed his plans to contest as a legislator for Rubaga South come 2021 and urged the constituents to vote him, adding Shoe as his symbol.

He also expressed his concerns about Uganda Performing Rights Society (UPRS) as being a non-transparent body that has not benefited artists to full capacity,

“Bebe Cool and Bobi wine have worked hard to contribute to this industry and I really credit them for the formidable efforts and I will pay for their collabo both the audio and Video,” he said taking a swing at the two.