He refused an HIV test! Singer Angella Katatumba explains why she broke up with Daddy Andre

KAMPALA – Singer Angella Katatumba has said that she broke up with former lover Daddy Andre because he refused to go for an HIV test.

Angella, who has recently refused media interviews over how she broke up with Andre, made the revelation on Sunday, March 29.

The revelation comes as Andre is in the headlines after being accused by different female musicians of making sexual advances towards them, allegations he denies.

Posting on her social media pages on Sunday, Katatumba said whereas Andre treated her like a princess for the three months they were together, including spending a lot on her, his refusal to go for an HIV test meant that he couldn’t trust her anymore.

She, however, regrets having fallen out with Andre because he loved her but for now, she says her focus will be on pushing their song together. 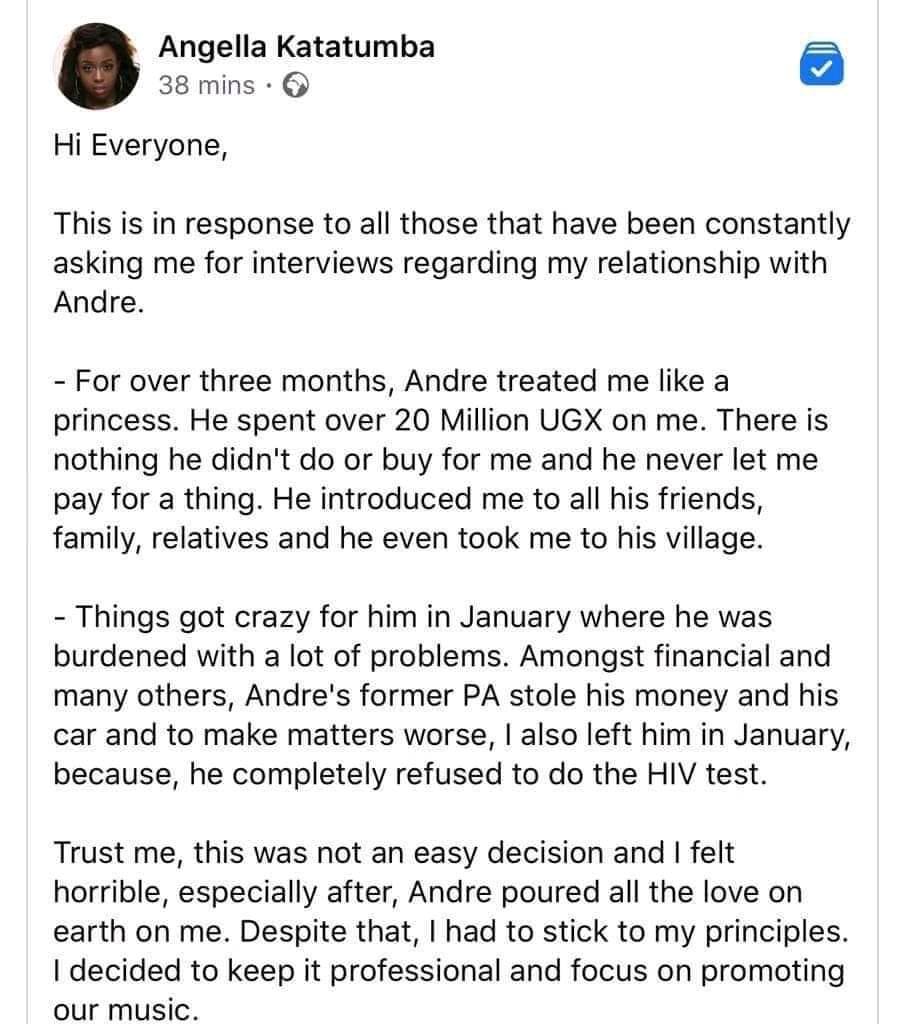 Below is her message:

Angella Katatumba: Hi Everyone,
This is in response to all those that have been constantly asking me for interviews regarding my relationship with Andre.

– For over three months, Andre treated me like a princess. He spent over 20 Million UGX on me. There is nothing he didn’t do or buy for me and he never let me pay for a thing. He introduced me to all his friends, family, relatives and he even took me to his village.

– Things got crazy for him in January where he was burdened with a lot of problems. Amongst financial and many others, Andre’s former PA stole his money and his car and to make matters worse, I also left him in January, because, he completely refused to do the HIV test.

Trust me, this was not an easy decision and I felt horrible, especially after, Andre poured all the love on earth on me. Despite that, I had to stick to my principles. I decided to keep it professional and focus on promoting our music.