StarTimes had on February 1 2020, migrated Sanyuka TV, the only channel that airs Uganda Premier League to Basic Bouquet—leaving many of the station’s viewers including local sports lovers disgruntled.

Sanyuka TV is one of the top three rated channels on StartTimes platform, according to the company.

StarTimes has since returned the local sports channel to ensure that all Ugandans watch local football at an affordable price.

In a statement, StarTimes said “the only way we can achieve this original objective of ours is by keeping Sanyuka TV, the local channel on which the games air, on the most affordable StarTimes bouquet – Nova.”

The company has announced that effective March 16 2020, Ugandans will now continue to watch and enjoy Sanyuka TV” because “Our customers’ sentiments matter to us.”

StarTimes secured both the Uganda Premier League and FUFA Big League broadcasting rights, in a 10 year deal worth $7,240,000 (27).

For those that are not able to attend and watch the live Ugandan Premiership matches, they can stream the matches via the StarTimes App which can be downloaded on Play store and App store.

Meanwhile, monthly subscription for the Nova Bouquet for Antenna users is 11k, while for Dish users it is 13k per month.

Due to Easter and Ramadhan drawing closer, StarTimes has also reduced the price of the Antenna decoder to 49k.

It comes with 1 month free on Classic Bouquet so one gets to enjoy a higher package with 80+ channels for a month. 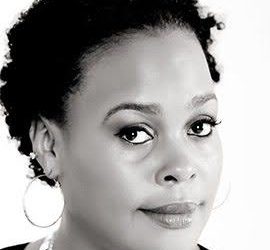 Mbale School with one student in class, gets capitation grant of 70 students every term