The wedding took place at a church called Västlands Kyrka in Sweden.

Navio and Nassimbwa have a son together known as Kingdom Kigozi. The couple has been residing together since 2017.

In January 2018, Nasimbwa introduced Navio to her parents and promised that a wedding would follow.

After the wedding, Dr Maggie Kigozi posted on her social media platform congratulating his son and daughter-in-law upon formalising their marriage. 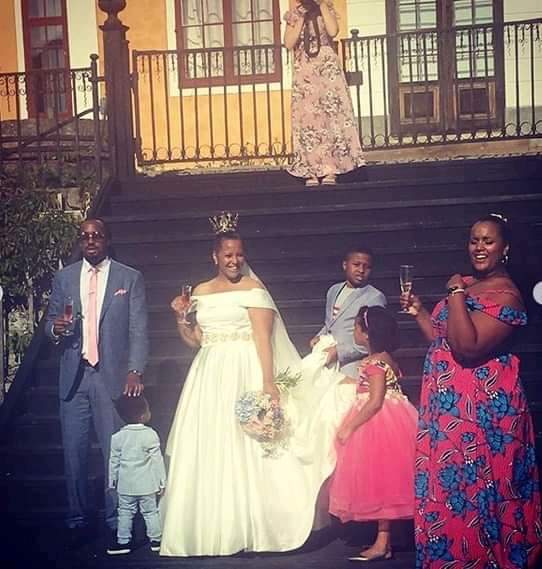 Navio is a Ugandan rapper, one of the award-winners from urban Hiphop group KlearKut that introduced the term “Ugaflow” to describe Uganda’s hip hop scene.

He is known for his successful solo career with hits such as Njogereza, Tumunonye omulungi, Ngalo, Bugumu, One & Only, and several other continental hits under his belt.