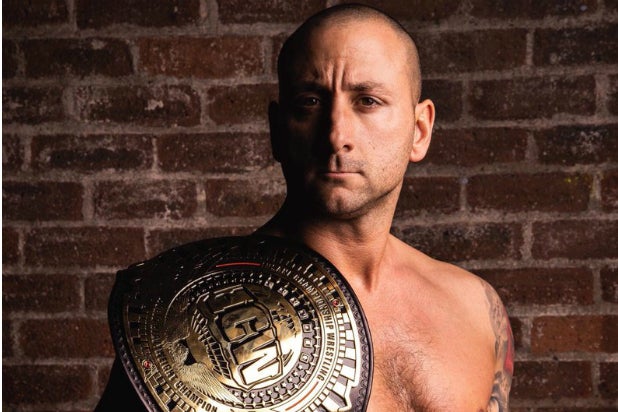 LONDON – British wrestling legend Adrian McCallum, known by his ring name of Lionheart, has passed away aged 36. His cause of death is not yet known.

The reigning ICW world heavyweight champion was a mainstay on the British wrestling scene for more than 10 years and appeared on house shows for WWE and TNA in the UK.

He also appeared on the revamped World of Sport Wrestling and was one of British wrestling’s best known figures.

ICW (Insane Championship Wrestling) posted a heartfelt message on Twitter confirming the shock news, leading to tributes pouring in from across the wrestling community.

They wrote: “We are heartbroken to learn of the tragic death of ICW World Heavyweight Champion, Adrian ‘Lionheart’ McCallum. Adrian was a mainstay of ICW and British professional wrestling.

“Most importantly, he was our friend. His passing leaves a huge hole in the lives of those who knew him.”

The Scottish wrestler sent a message to comedian Ricky Gervais in his final social media post regarding his series ‘After Life’.

He wrote: “One day you will eat your last meal, You will smell your last flower, you will hug your friend for the last time.

“You might not know it’s the last time, that’s why you must do everything you love with passion.”

The 16-year veteran broke his neck in a match against AJ Styles in March 2014 and was told he may never walk again.

However, he defied doctors orders and returned to the ring just over a year later, going on to win the IWC World Heavyweight Championship he held at the time of his tragic passing last December.