Makerere to discipline the student who pulled off Eva Mbabazi stunt 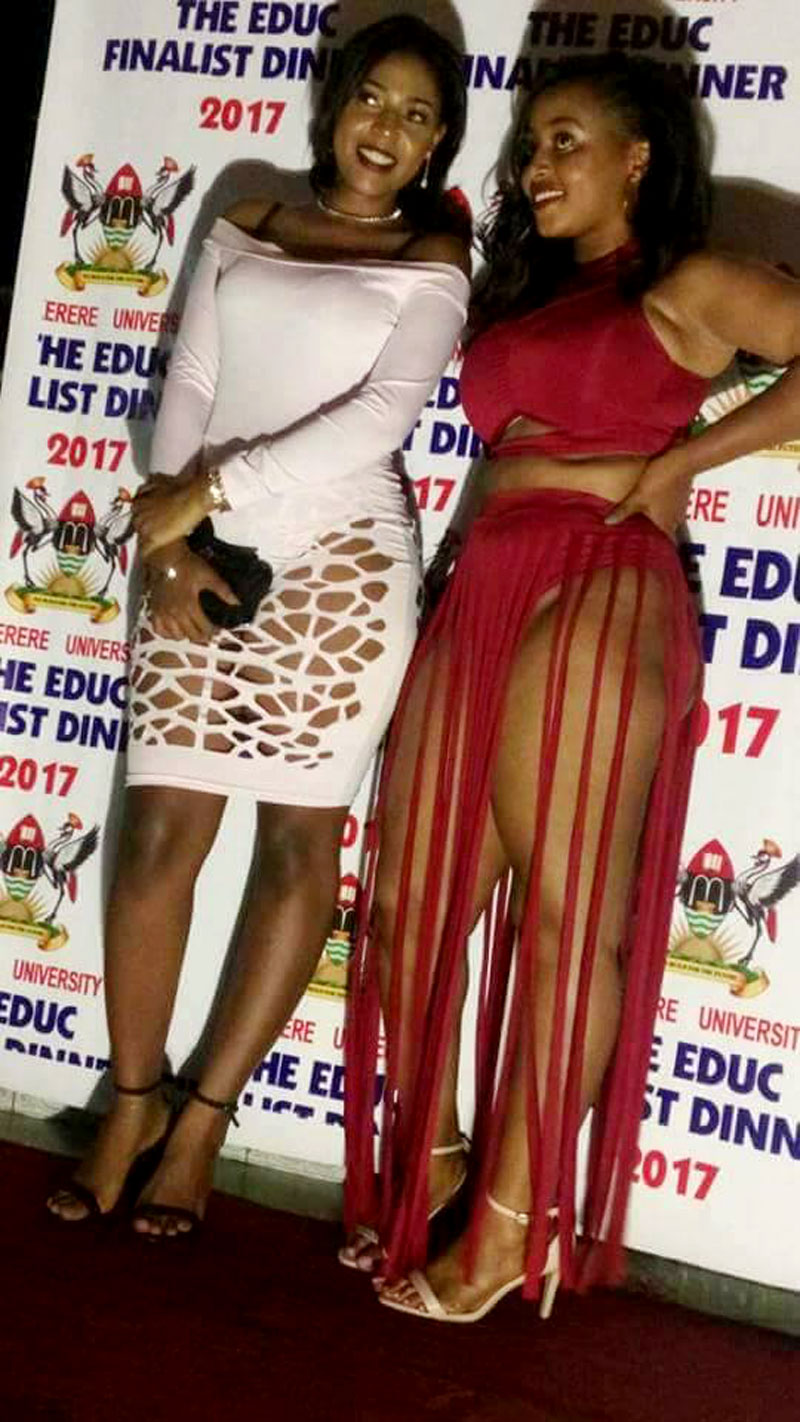 Makerere University has moved to slap disciplinary measures against a student who was pictured in revealing attire during a party.

The Dean of Students Cyriaco Kabagambe yesterday wrote to Rebecca Naddamba, a third year Bachelor of Education student, seeking to find out if it was true she is the student in the picture that went viral last week.

In the letter, addressed to several heads of the university organs and academic branches, Kabagambe noted that the background of the picture “revealed the act of exposing nakedness” was taken at the School of Education Finalists’ Dinner.

After the picture that was allegedly taken at the function at Fairway Hotel went viral on social media, several users started seeking to identify the student. Some searches returned the identity as Rebecca Naddamba and, after investigations , the Dean of Students wants to find out if Naddamba is indeed the culprit.

This was a university function. If it is true that the person was you, your action, as a student of this university, contravened university regulations,” Kabagambe wrote, asking Naddamba to explain in writing why she should not be summoned to appear before the University Students Disciplinary Committee for breach of Makerere University code of conduct.

Naddamba has been given until tomorrow (Friday June 2) to submit a written explanation to the Dean of Students to guide then next course of action.

However, Naddamba, assuming she is the student in the racy lacy red dress that left onlookers with less imagination and more conclusions, might just be seeing the beginning of trouble. Although the Ethics and Integrity ministry has yet to pronounce itself on the matter, should Fr Simon Lokodo spring into action, Naddamba could face more punitive measures under the anti-pornography law.

The Anti-Pornography Law, promulgated in 2013, punishes the offence of pornography in all its forms, including representation, indecent show (of private body parts), publication, exhibition, as well as through ICT.

Rebecca Naddamba joined Makerere in 2014. She was probably just a toddler aged two in 1992, playing with a stream of own susu. But now she is all grown up. Old enough to do a Eva Mbabazi on the nation.

In 1999, Eva Mbabazi had returned from Germany where her modelling journey was curving a path for her fame. But little was known about the then 25-year-old model who had even tried her luck at pageantry. Sylvia Owori was growing through the fashion world, so when Mbabazi showed up, Owori picked up an idea.

First, she did a TV advert for Owori’s Sylvie’s Boutique and became the Face of Sylvia Owori.

The enterprising fashion designer conceived the idea that a model could do well marketing her clothes than just billboards and column inches in the newspaper. So Owori made Mbabazi wear the clothes and stand in strategic locations.

One day it was the fishnet dress that Owori had just imported. Mbabazi simply threw on a G-String. There was no Lokodo at the time. There were only revellers asking for more skin than clothes at Rock Gardens when Mbabazi showed up in the revealing excuse of an attire.

Eva Mbabazi became the talk of town. But does Rebecca Naddamba have any idea who Eva Mbabazi is or was? Makerere University won’t care.