No Result
View All Result
Home COLUMNISTS The Suited Penguin

If Gen Kayihura is following sentiments on his ‘disappearance’…

Gen Kale Kayihura remains MIA. Missing In Action. Police said he was in Turkey Turkey said the Turkey Police meant could be the bird without elaborating on how a full general could enter a turkey at a time he was supposed to be attending high profile events in the country.

So where is the Inspector General of Police? Somewhere watching and following events unfolding in Uganda about his ‘disappearance.’ And The Suited Penguin is also here trying to piece together how the scrawny general with taut sinewy veins around his temples would be reacting to every speculation about his whereabouts.

“When I read about the serious illness and hospitalisation of the Inspector General of Police, I burst into a dance of joy. Say what you may about my reflex action, but I honestly jumped rhythmically with an outburst of glee. I praised the God of my ancestors for avenging my oppressors. Behold, I am witnessing the very fulfilment of scriptures I read as a child. ‘Vengeance is mine,’ says the Lord your God.”

Kayihura: A woman scorned? For the second time, I say I don’t understand why Mama Janet forgave this woman. I have handled Besigye, Tinye and imaginary ADFs, so who is this woman to say this of me? Oh, wait, could it be that this is what Ugandan feel toward me?

Talking of which, maybe it is so. Why else hasn’t that Muhereza Kyamutetera fellow come up with a crowd funding initiative for my medical bills even if just to show support? I thought Kyamu was so good at such CSR stuff. But then again, that is the problem with expecting so much from fat people; they are never reliable. Two kinds of people I dislike: Besigye and fat people. Bad.

Oh? What is this one yapping about? I was even worried for nothing that I might already be a mere specimen in the purgatory. Sacking me? Museveni is the only one who understands me. He wouldn’t sack me but ask, “Kale, my son, where do I post you to serve me with loyalty?” People can want! Chssk!

“Could Kayihura be on a secret mission in Kenya? Maybe Kayihura has been hired by Uhuru Kenyatta to help set up an underground election rigging tally centre. Again, maybe!”

Hey Benon, first go and find out if I travelled with Badru Kiggundu. You think it’s possible to just set up such a facility without Kiggundu being there to… Benon, a gun can only be as useful as the bullet.

“Gen Kayihura, who is known for reporting at his office at 10am and leaving as late as 3am the next day, of recent has been just dropping by his workplace in the evening and works for less than four hours. A police officer told Daily Monitor that Gen Kayihura reported at work at police headquarters, Naguru, in Kampala City, with a cannula on his hand last week.”

Cannula? Whatever that is! Monitor, they are enemies of the state kabisa. This is pit latrine stuff. Wait, who are these officers going behind my back to talk about me like that? Wajinga tu! A full general to be sick? Are Ugandans hoping that I am sick? Fine, we shall see who talks last.

“I have just talked to the IGP. He is so mad about these reports of sickness. He is fine and doing official business.”

Hahahaha! You are the mad one, Asan. I now believe it when people say all Uganda Police spokespersons are weaned on lies. I thought things of lies ended with Onyango and Kaweesa but now even Asan. Lies don’t work. Ah, could it be? Since the Police Force I superintend is too good to engage in such cheap lies, the opposite of this lie would mean something is wrong with me, right? And so it means Asan is trying to defuse something in public? The rumours of my illness? Could it be… Ah, I really miss inspecting scene of crime, with one hand in the pocket and my bodyguards around me. What’s not going on?

There goes my champagne moment! Two goals for the year have been met even before July. One was to sort Besigye and the other to tame TVO. Now that TVO doesn’t even know anything, it confirms my victory. 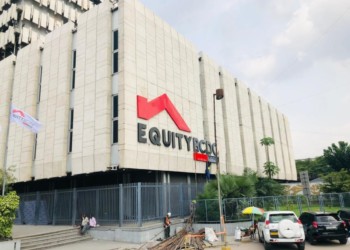