Beer and digital, a story of co-creation in Africa

WINDHOEK, Namibia – Gone are the days when Africa had a reputation for lagging behind the rest of the world when it comes to the adoption of new technologies. Right now, the continent is experiencing a digital boom.

At a number of African Development Bank (AfDB) meetings, the subject of digital in Africa has been discussed extensively. This speaks to the increasingly important role that digital technology plays in the economy, as well as the daily lives of the people living on the continent.

The availability of relatively cheap cellphone handsets and access to established communications networks mean digital media is already being used to connect people and brands in innovative ways.

A recent example is that of Tafel Lager, one of the most popular beer brands in Namibia using social media to include thousands of Namibians in the celebration of the country’s 29th anniversary of independence.

The Beat of Namibia campaign encouraged Namibians to send 15-second video clips via WhatsApp showcasing their musical ability (moves, beats, ululate, etc). These clips were then turned into a song and music video by Namibian producer Sam-E Lee Jones, along with a host of local musicians. Launched on 21 March, Independence Day, the song has been a resounding success.

The entries received totaled in the thousands, illustrating just how easy collaboration can be when digital technology is used correctly.

“With the growth in internet penetration in Africa, and mobile becoming the primary tool through which people engage, projects based on the mechanics of crowd-sourcing and co-creation have been flourishing”, says LucyMay Lubrani-Slabber, Manager: Digital Marketing at Namibia Breweries.

Hendrik van der Westhuizen, Managing Director at Namibia Breweries, agrees: “In a mobile-first continent, we are committed to riding the wave of the digital revolution. At Namibia Breweries, we are enabling an ecosystem of amazing experiences for all our Namibian stakeholders, and beyond.” 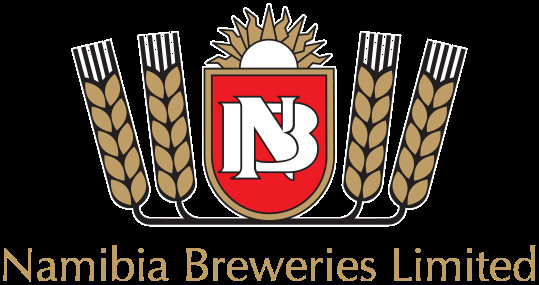 The success of the Beat of Namibia campaign proves what many have known for a long time –Africa is in the middle of a surge in digital adoption. This surge is allowing Africans to tell their own stories in collaboration with top brands, like Tafel lager, which have the vision to take advantage of this new digital movement… and it seems it’s only the beginning.

Established on 29 October 1920, Namibia Breweries Limited (NBL) is one of the leading beverage manufacturing companies in Namibia and, indeed, in Southern Africa. Today, with the stated vision to be the most progressive and inspiring company, NBL leads the domestic beer market and has a significant share of the premium beer category in South Africa. NBL’s total exports account for more than half of total production output. In May 1996, NBL listed on the Namibian Stock Exchange (NSX) and became a publicly owned company. The Ohlthaver & List Group of Companies (O & L Group), a major Namibian group, is the controlling shareholder in NBL. In 2015 NBL restructured its operations in Namibia and South Africa, resulting in Heineken acquiring Diageo’s indirect stake in NBL. This new joint venture between NBL and Heineken is exclusively focused on a beer portfolio which will be beneficial to growing key brands in South Africa.