KAMPALA – Church of Uganda has on Tuesday, June 16 received the first consignment of tractors promised by the President of Uganda through NAADS and Operation Wealth Creation.

The two tractors were received by the Archbishop of Church of Uganda The Most Rev Dr Stephen Samuel Kaziimba Mugalu at the Provincial Secretariat.

The Archbishop applauded the government for supporting Church of Uganda’s efforts in boosting of Agriculture with the tractors.

“The two tractors will be delivered to West Lango Diocese and Sebei Diocese in due course,” he said. 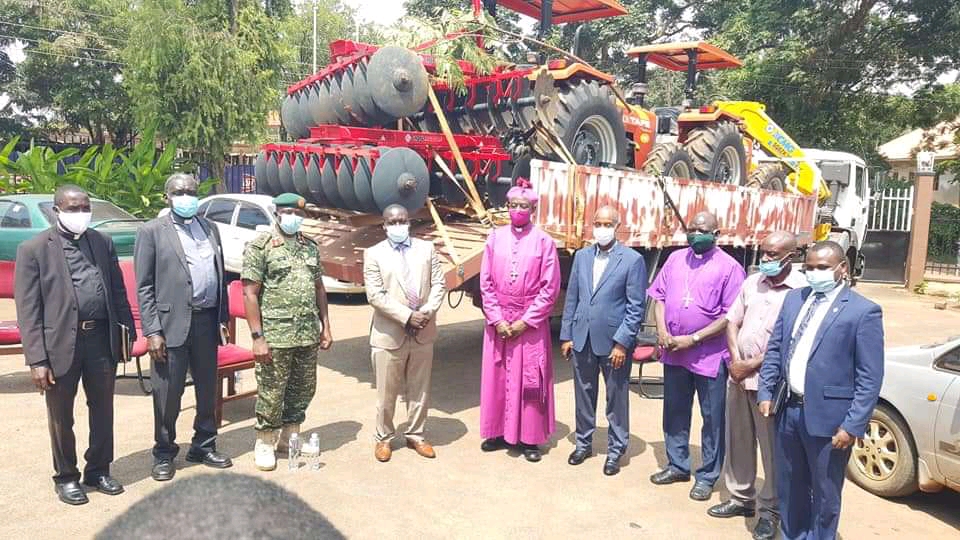 They were delivered by the Executive Director of NAADS and other officials from NAADS and Operation Wealth Creation.

Others that witnessed the receiving of these tractors were; Rt. Rev Paul Naimanhye the Bishop of Busoga Diocese, the Provincial Secretary Rev Canon William Ongeng, Director of Household and Community Transformation Mr. Henry Tumwesigye among others.