At its launch it was proclaimed that Ugandans and the rest of Africa would finally be able to buy and own Mobile phones and Computers with the proud Made in Uganda Logo.

True to that, SIMI Mobile, the company behind this factory has its SIMI branded, Ugandan made mobile phones already doing well on the local market. 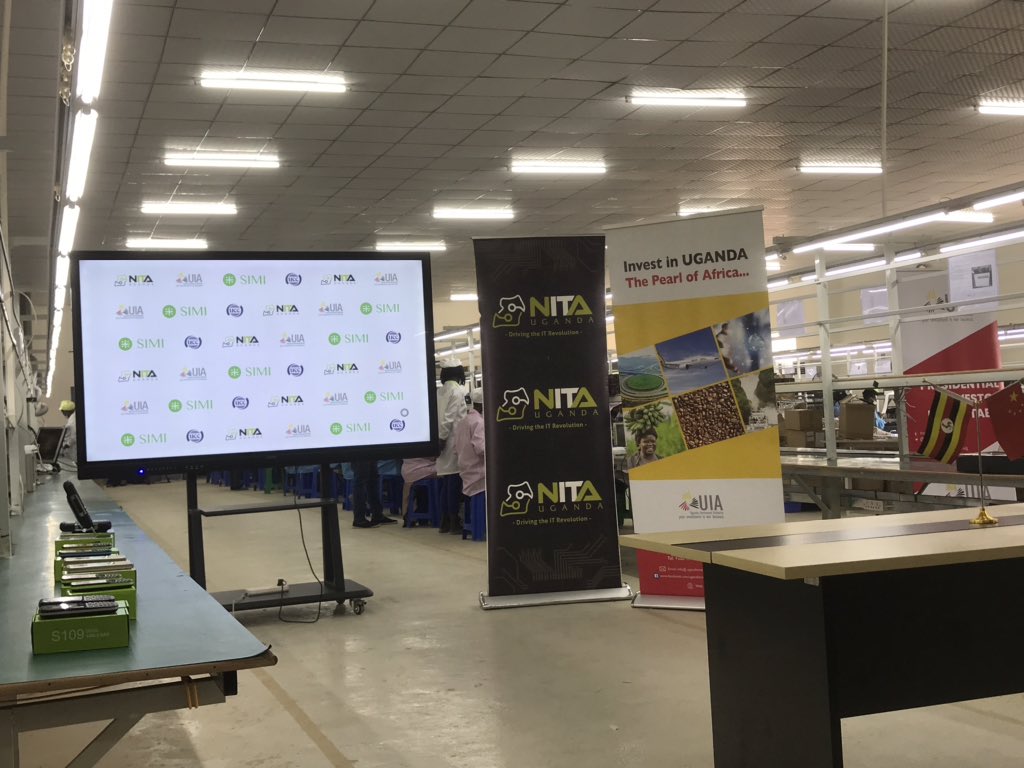 In further confirmation of the commitment to promote Ugandan made products both locally and abroad, on Saturday May 23 the first ever international order for Ugandan made mobile phones has been filled and 18,000 phones have been flagged of heading to Morocco.

The order includes both smart phones and feature phones.

In intervals of three to four weeks more consignments will continue to be exported to the same country.

Speaking at the event held at the SIMI Mobile Factory in Namanve Industrial park to flag off this order, State Minister of Finance for Investment, Evelyn Anite said: ‘We’ve started with Morocco but orders from other countries will soon be secured.”

“This is a proud day for Uganda and good day for Africa. We are taking great strides in tackling the import-export imbalance,” she said.

She noted that milestone is evidence of the government of Uganda’s pledge to promote local skills, industry, exports in a bid to improve employment levels, livelihoods and the countries balance of payments through ICT manufacturing.

This journey started on July 4th 2019 when the National Information Technology Authority Uganda (NITA-U) with the support of Uganda Investment Authority (UIA) entered a memorandum of understanding (MoU) with SIMI technologies to promote Local Electronics Manufacturing in Uganda.

Speaking at the event, James Saaka the NITA-U executive director applauded SIMI technologies for honoring their end of the MOU and for heeding to NITA-U’s guidance.

He noted that NITA-U using the National Backbone Infrastructure (NBI) has over the years systematically lowered the cost of internet to USD 70 per mbps and will soon lower it further to USD 50 per mbps, and that SIMI mobile alongside many other manufactures are beneficiaries of this.

He said however that in order for broadband to fully penetrate the masses, smart phones have to be widely available.

Beecham Okwere David the chief executive board secretary of SIMI mobile Uganda thanked the government of Uganda for its support. He thanked NITA-U for the ongoing partnership.

“Currently we are producing more than 2500 sets daily. We are in negotiations with many other foreign buyers and hopefully will soon be exporting to a wide array of countries” said Okwere.

He also announced that SIMI Mobile had started manufacturing items to help in the Covid-19 response effort including protective gear and temperature testing devices among others.

He noted that these locally manufactured gadgets will be a lot cheaper than the imported ones, citing an example of the digital temperature measurement devices which currently cost UGX 400,000 but will cost only UGX 50,000 when manufactured here by SIMI Mobile.