KAMPALA – The Uganda National Bureau of Standards (UNBS) has halted the implementation of the suspension of importation and clearance of used garments and foot wear.

On April 21,2020, UNBS had suspended the importation and clearance of used textile products and used footwear.

According to the UNBS Executive Director Dr Ben Manyindo, the suspension has generated alot of feedback from social media this raising anxiety and debate in the public domain. 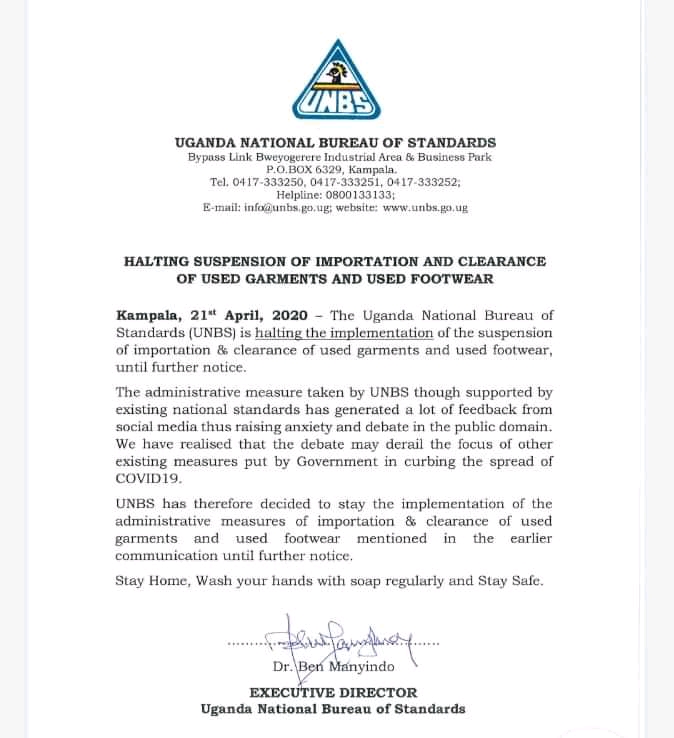 “We have realised that the debate may derail focus of other existing measures put by government in curbing the spread of COVID-19,” he said in a statement.