The changes are effective on March 1 according to a statement.

Ms. Juuko, who becomes the first female leader of Uganda’s largest bank, joined Stanbic Bank Uganda in 2012 as the head of global markets.

She was later appointed head of corporate and investment bank at Standard Bank Namibia, her most recent position before the new appointment. 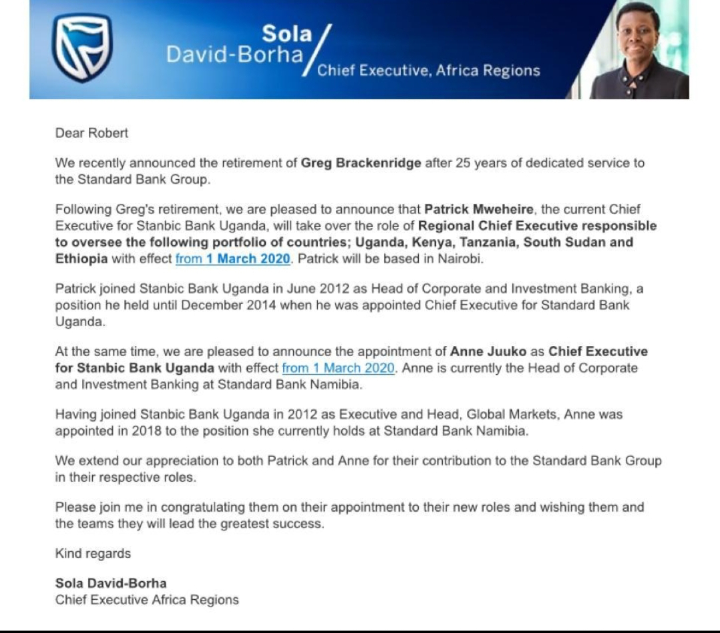 Ms Juuko is also the second Ugandan appointed to head the bank since 2002 when South Africa’s Standard Bank became majority shareholder — the first was Mr Mweheire, who was appointed chief executive in January 2015.