KAMPALA – Airtel Uganda has on Tuesday, February 13, 2020, launched a Live TV and Video on Demand (VOD) service offering a premium mix of local and international content sourced from some of the largest studios across the globe.

Named Airtel TV, the service is yet another initiative in the telco’s digitization journey that has seen Airtel introduce 100% countrywide 3G and 4G technologies, launch the most affordable 4G smartphone on the market, affordable bundles and also introduce a broadband solution for homes, Small and Medium Enterprises that offers uninterrupted internet at affordable rates.

Available only to Airtel Uganda subscribers, the new innovation is designed to add value to the high-quality streaming while promoting local content and talent in one convenient and easy to access package free of charge only requiring the users to have an active data bundle.

Speaking during the launch, the Airtel Uganda Managing Director Mr. V.G Somasekhar noted that Airtel TV is the embodiment of convenient and affordable entertainment.

Somasekhar also noted that the App is Airtel’s contribution to the development and promotion of local content in Uganda.

“This App will have different local news, music, Ugandan comedy, and movies, in addition to streaming of sports, video-on-demand and many other offerings. We encourage Uganda’s local content producers to utilize this platform for revenue,” he added. 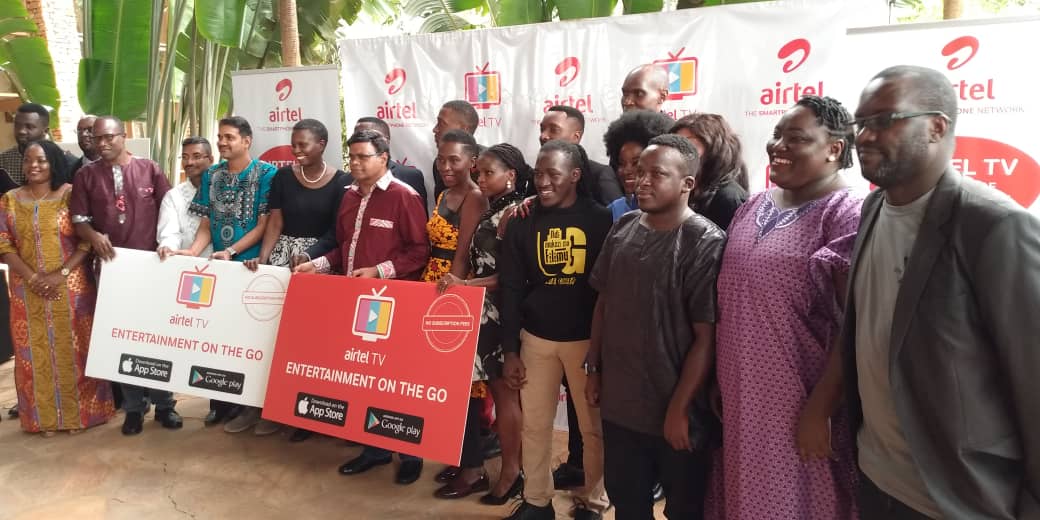 To access Airtel TV, Airtel Uganda subscribers can download the Airtel TV App from Play store for Android or iOS for iPhone, enter their Airtel number and the OTP SMS received. Subscribers will then be able to stream and watch all channels available on the App as long they have an active data bundle.

Airtel Uganda appreciates the support and guidance rendered by the regulator, government and related agencies towards the successful launch of the Airtel TV in Uganda.