NAIROBI – Kenya President Uhuru Kenyatta on Thursday, December 12, 2019, directed the Kenya Revenue Authority and the National Treasury to immediately embark on an overhaul of Kenya’s tax regime with a view of reducing the burden on Micro, Small and Medium Enterprises (MSME’s).

The President said Kenya’s economic growth figures have been impressive but the tax burden on SMEs has to be reduced so that a bigger margin of Kenyans can reap the benefits.

Mr. Kenyatta issued the directive when he led Kenyans in marking this year’s Jamhuri Day at Nyayo National Stadium, a ceremony that was attended by Prime Minister Mia Amor Mottley of Barbados.

He said the Government is focused on unlocking bottlenecks that are holding back the potential of Kenyan enterprises.

“My Administration is focused on other salient factors that are holding back the potential of our enterprises; particularly with regard to taxes and tax administration, reduction or where possible elimination of fees or charges levied by Government Agencies as well as the Private Sector,” the President said.

The Head of State said the government is determined to ensure elimination bureaucracy and simplification of processes in trade, access to credit as well as streamline consumer protection.

“In order to address some of these challenges, I order and direct that The National Treasury and the Kenya Revenue Authority, review our tax structures, especially in relation to small businesses, so as to reduce the tax burden while fostering tax-compliance,” the President directed.

He further directed that as a way of reducing the compliance burden on employers, all employer contributions/deductions of NSSF, NHIF, PAYE, and NITA be made through a unified payroll return submitted to the Kenya Revenue Authority.

Following the successful launch of SME financing program STAWI, the President said the government will soon introduce other products such as Stawisha SME Mashinani and take other administrative measures geared towards enabling SMEs to play their rightful role in national economic transformation agenda.

The President also directed that the national treasury and the judiciary come up with mechanisms to ensure that commercial disputes below the value of Shs 1 million are exempted from court fees.

The Head of State said the government will continue making Kenya more attractive for direct foreign investment and will sustain the regulatory reforms that have seen the country improve in the World Bank’s ease of doing business ranking.

He said the sustained reforms will continue cementing Nairobi’s place as a diplomatic hub and Kenya’s position as an economic powerhouse in the region.

The President said the war on corruption will continue until the corrupt are weeded out from the system noting that conflict of interest is a major impediment to public service. 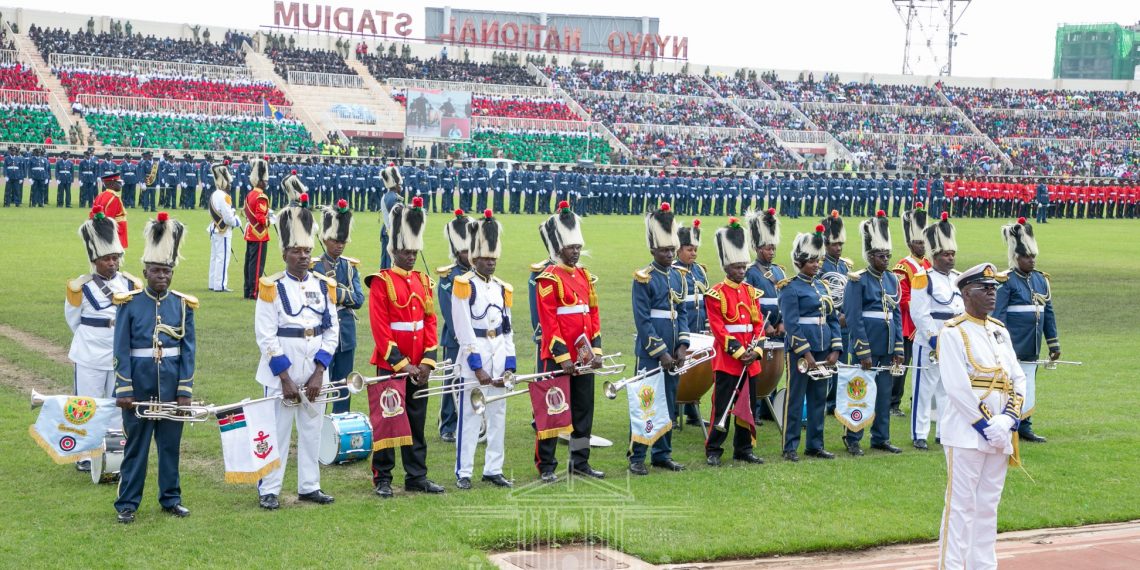 He said state and public officers are not above law and in that regard, one cannot serve as a legislator at the national or county level while at the same time practicing law, whether for gain or not.

“In the same way, judges and magistrates cease completely any legal practice while in office, similarly doctors, engineers, accountants and other professionals who take upstate or public office, should give up a private practice and devote their full time, energies and focus on public duties’” said the President.

The President said such officials should not be seen to be using state or public office as a platform to advance personal interests at the expense of public service.

“The position is simple; you either serve the public in the role you signed up for or you serve the Republic as a private practitioner; it is a profound conflict of interest to do both,” the President said and directed the Attorney General to fast-track the submission to cabinet for approval and transmittal to parliament, the law on conflict of interest.

The Head of State said he wants to leave a legacy of governance where institutions outlive individuals.

“A nation is only as strong as its institutions. Personalities come and go, but institutions endure and outlast us all. It is, therefore, my intention to ensure that we fully institutionalize our governance and administrative principles and values as laid out in our constitution and other laws,” the President said.

He acknowledged the role played by public servants in making Kenya realise its potential.

“Most of our civil servants are hardworking and selfless. They are akin to our freedom fighters who braved the awful conditions of the forests to wage a righteous war for independence against the colonizing power,” the President said.

On the Building Bridges Initiative, President Kenyatta said Kenyans have an opportunity to use its proposals to create unite nations.

Deputy President William Ruto and Prime Minister Mottley of Barbados who is on a State Visit to Kenyatta also addressed the celebration at Nyayo National Stadium.