MUNICH – Rt. Hon. Jacob Oulanyah, Deputy Speaker of Parliament of Uganda, has graced the 1st Uganda-German International Business Convention as Guest Speaker and appealed to the participating business people to consider investing in Uganda. He gave a synopsis of the well-regulated and highly liberalized Ugandan economy and the sectors that are open for investment.

The Convention, that was organised by the Uganda-German Association in Munich (UGAM e.V) in partnership with the Uganda Embassy in Berlin took place in Munich on 21st September 2019. It attracted a number of participants from Uganda and Germany who included key resource persons from a number of Government Ministries, Departments and Agencies to address important topics in line with the promotion of commercial and economic diplomacy and consular issues of concern to the Ugandan Diaspora.

Amb. Tibaleka pointed out that one of his roles was to steer the Embassy to among other things focus on the promotion of commercial diplomacy in line with Uganda’s Vision 2040 development plan. He added that it was with this in mind that the Embassy agreed to work hand-in-hand with the leadership of UGAM e.V in organising this Convention with the intention of encouraging the Ugandan Diaspora in Germany to actively participate in developing Uganda.

Amb. Tibaleka in his opening remarks, said that the Embassy aims at taking advantage of its location in Germany to source for inputs to primary activities including trade promotion, promotion of FDI, science and technology cooperation, promotion of tourism, and national business community advocacy.

The 1st Uganda-Germany International Business Convention was held under the theme; “Uganda in a Globalised Market Symposium” and aimed at promoting and marketing Uganda as not only an investment destination but as one of the best tourism destination in the world. It also aimed at creating linkages and relationships between German and Ugandan Entrepreneurs. 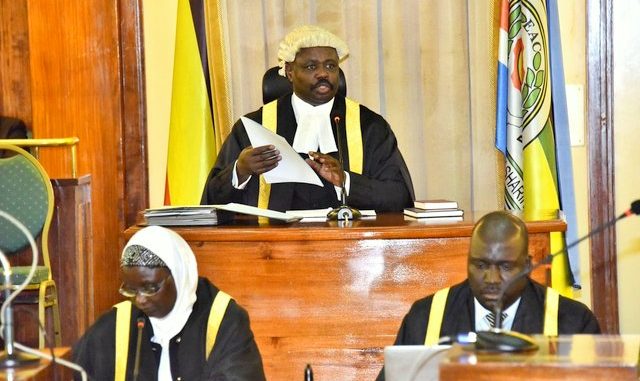