KAMPALA – The government says it is conducting research on virtual currencies with a view of regulating digital transactions.

The currencies are online tenders through which encryption techniques are used to regulate the generation of units of currency and verify the transfer of funds, operating independently of a central bank.

As the currencies penetrate the market, State Minister for Finance Gabriel Ajedra says that the government is taking a keen interest in their operations in order to ensure that the trend does not cause any risk to the economy.

Ms. Ajedra was speaking during a meeting on the regulation of emerging disruptive technologies like blockchain, artificial intelligence and cryptocurrency organized by the United Nations African Institute for the Prevention of Crime and Treatment of offenders at Golden Tulip hotel in Kampala.

According to Ms. Ajedra, the evolution of money depicts a future in digital transactions.

He added that President Museveni directed the Ministry of Finance, Planning and Economic development to write a policy paper which can form the basis of regulating the sector.

Ms. Ajedra says that as it stands, a number of innovations have already altered traditional banking systems — a trend which requires urgent intervention to stabilise economies.

She adds that despite the several cryptocurrency transactions recorded every day, the government is undertaking a piecemeal approach to policies towards cryptocurrency.

Last month, the deputy governor of the Bank of Uganda warned the public about the limited protections offered them when they invest in unregulated cryptocurrencies.

Dr. Louis Kaskende — made his remarks during a Town Hall meeting in Masaka, which was devoted to educating the public about the institution’s activities and role.

Despite currency being designed, in particular, as politically-neutral money, Dr. Kaskende reportedly underscored the risks of crypto trading and adoption, stating that:

“[…] online cryptocurrency businesses are not regulated at the moment and therefore carry a significant risk of loss of savings, with no recourse to protection or insurance by government, like is the case with regulated financial institutions such as commercial banks.”

In his remarks, the deputy governor clarified that the central bank does not have comprehensive oversight of all financial services firms and institutions and that its supervision typically spans commercial banks, credit institutions, foreign exchange bureaus, and money remittance service providers. 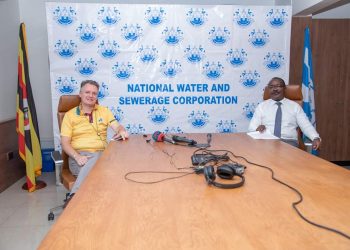