KAMPALA – The Minister of Trade, Industry and Cooperatives (MTIC) Amelia Kyambadde has on Thursday, July 25, advised farmers to ditch the hoe in favour of mechanised agriculture to boost growth in production.

“The hoe is not powerful at all, Sometimes I feel embarrassed to say that am a Member of Parliament when these are the people we are leading,” She said.

Hon Kyambadde was speaking as the chief guest on Thursday morning during an NDP 3 Breakfast Policy Series held at Serena hotel.

The event was organized by United Nations Development Program ( UNDP) in partnership with National Planning Authority (NPA) and other development partners who participated in a vibrant discussion on present challenges and remedies to overcome them. 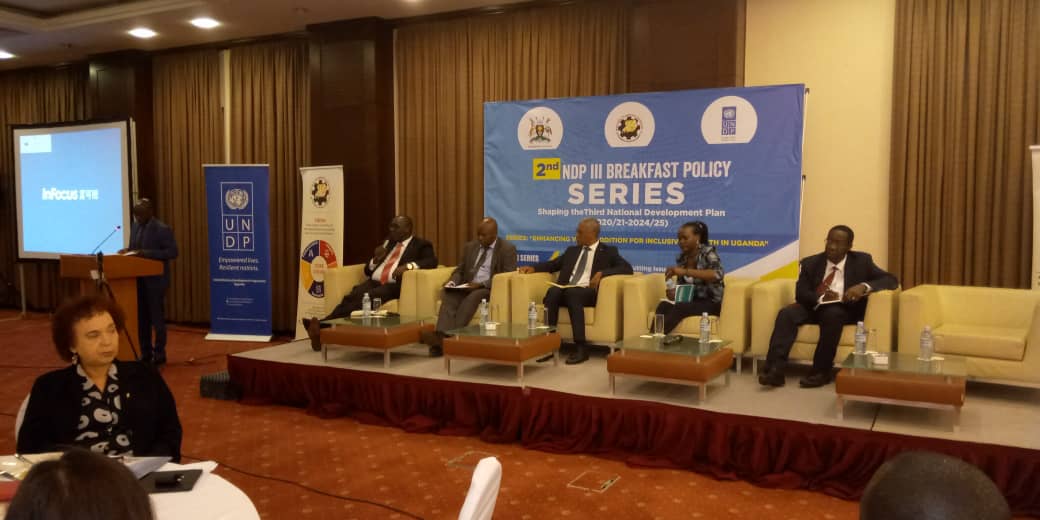 He spoke about setting the stage and focused on value addition as an enabler for inclusive and sustainable economic growth.

Another prominent personality, FAO Country Representative, H.E Antonio Querido was also part of the high-profile panel. He shared his experience with other sector players and development partners.

He noted that food security in Uganda is still a challenge, which needs to be addressed. He also said that agriculture is still done in a “rudimentary” way which is labour intensive and limits production.

His sentiments were later echoed by the Minister, in her speech who concurred that the use of a hoe as a farm tool should be eliminated to foster growth in production. 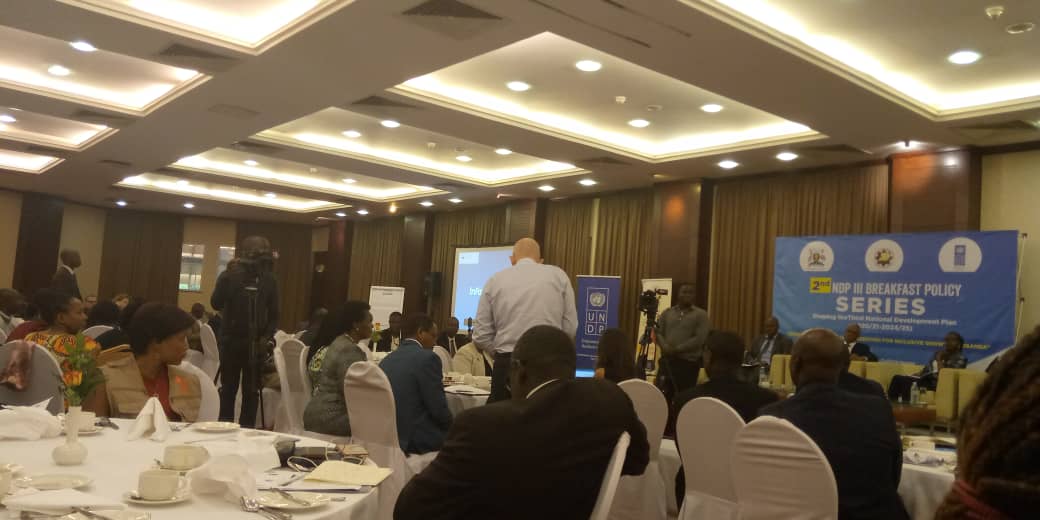 The dialogues are intended to draw the participation of 50 subject matter experts to address well-thought-out thematic challenges, to inform the formulation of the third National Development Plan (2020/21-2024-25).

This is aimed at identifying high impact strategic reforms and interventions for consideration in NDP 3.

Court temporally cancels Gen. Kyaligonza and 2 others warrants of arrest

Court temporally cancels Gen. Kyaligonza and 2 others warrants of arrest