NAIROBI – Kenyan national carrier Kenya Airways (KQ) has reported USD 75.1M in the loss for the 12 months period that came to a close in December 2018.

This emerged on Tuesday, April 30, when the airline announced its 2018 financial year performance.

Airline’s CEO Sebastian Mikosz attributed the loss to what he termed as high cost of fuel that had gone up by 30%.

“Fuel is our greatest challenge and this will be for a while, oil prices are up by 30%. Fuel represents over 40% of our direct operating costs. We started mitigating this risk by implementing a new hedging policy with minimal risk,” said Mikosz.

The loss increased by about USD11.8M from USD63.3Million it recorded during the same period in 2017. 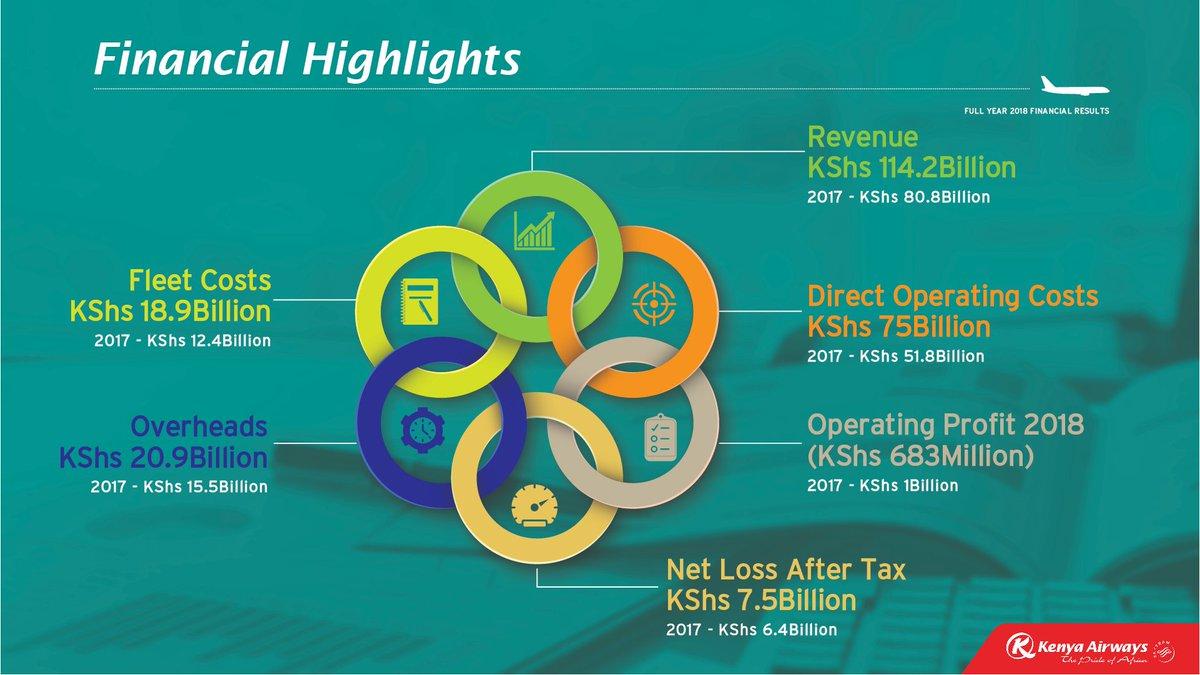 Revenue, however, grew by 41.3% to USD1.13million as a result of increased passenger numbers.

KQ management revealed that the airline is set to expand to new routes while prioritising the strategic one.

“Traffic to and from JKIA is the smallest at 7.2 million across the continent. Regional carriers network coverage in Africa is broader and our role is to defend our hub and grow it,” said Mikosz

“New York route continues to be a strategic route for KQ and as an airline, we are firmly committed to it as we gear up for summer 2019 season, which is a high-flying season,” said Mikosz

In a period of nine months to December 2017, the carrier raked in USD800M in revenue.

This came amid reports of a proposed merger of KQ and JKIA, a move which top management at the airline said will streamline operations and maximize profits.

A section of staff, however, expressed fear that the move will cost them their jobs.

Following the arrival of two Bombardier CJ900, the future of Uganda Airlines stands the chance to capitalise on the growing regional aviation industry.

Operating in dual-class configuration with 76 economy and 12 first class seats, the planes touched down Entebbe Airport on Tuesday, April 21 amidst ululations and excitement with many taking it to their social media and labelling the moment ‘a milestone in revamping the national carrier.’