UEGCL gets 6.3 billion for small dams with Karuma, Isimba only months away

KAMPALA. The Uganda Electricity Generation Company Limited (UEGCL) has secured a grant of Shs 6.3 billion from France to start feasibility studies for additional small hydro-electric power plants across the country.

The UEGCL Chief Executive Officer Eng Harrison Mutikanga said at the end of August that arrangements are underway to complete feasibility studies at Okulacere in Arua [6.5MW] Nabuyonga in Mbale [5.4MW], Agbinika in Yumbe [2MW] and Maziba in Kabale[1MW].

He said UEGCL will, by the end of next year, have completed designs and the Environmental Social Impact Assessment (ESIA) for review by National Environment Management Authority [Nema] as well as the Resettlement Action Project (RAP).

Mutikanga explained that the grant would also be used to undertake the review and update of previous studies on the rehabilitation and upgrade of small hydro-electricity plants in the country.

“With UEGCL on track for the completion of Isimba and Karuma dams — two of the country’s most ambitious energy projects expected to double the power output, we have secured Shs 6.3b [€1.5 million] from French Development Agency for other small hydropower projects in the country,” said Mutikanga.

Shift engineers and shift assistants will train for ten weeks and will be followed by operations and maintenance managers for two weeks near Kariba Dam. The trainging is fully sponsored by UEGCL and the Association of Power Utilities of Africa [APUA] at a cost of about Shs 719.2 million.

In future, UEGCL plans to put up a training centre for its staff and the independent power producers to only reduce of costs and also engage local universities, Mutikanga said.

He said the training is in preparation for the commissioning of Isimba and Karuma plants early next year.

“We don’t want to hire people from out of the country to work at these dams next year that is why we have decided to take our own staff for capacity building in preparation for this,” Tumusingwire said.

I have many AFRIMMA’s: Eddy Kenzo not moved by his AFRIMMA detractors 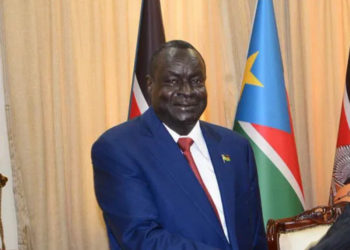