UPL: Express out to end winless run against Onduparaka

Express FC will be hoping to put an end to their winless run against Onduparaka FC when the two sides square off in the Uganda Premier League on Saturday afternoon.

Ever since the Caterpillars were elevated to the top tier in 2016, they have never lost a game to the Red Eagles (W3 D3).

It is a statistic that does not go down with the Express faithful and one they are very much eager to change.

However, George Ssemwogerere’s side have not been in good form lately, calling for some concern.

In their first two league games, they have managed only a single goal and point.

They lost 1-0 away to Bul in their opener before throwing away a 1-0 lead to draw 1-1 at home to Bright Stars in their matchday two fixture at Wankulukuku.

Going into the game, Express head coach Ssemwogerere says that they will try to attack Onduparaka because they know how they play.

“We expect to play an attacking game because we know how Onduparaka plays, noted Ssemwogerere ahead of the game.

“On the wings they don’t open up a lot, they play in the middle a lot so it means their midfield has 5 people or six because they lack winger so we have tried to lay a strategy to stop them in the middle and as a home team we have to open them up and play defense splitting passes to score the goals.”

Express FC are expected to be without goalkeepers Mathias Muwanga and Tony Kyamera who are still nursing injuries. Edrisa Kaye has recovered from injury but the game may come too soon for him.

For Onduparaka, they must be worried going into the game.

Despite winning their first game against Police FC by forfeiture, Livingstone Mbabazi’s side lost 1-0 at Proline on match-day two.

Their performance at Lugogo must have worried the Onduparaka faithful as they never really troubled Proline.

Having lost a host of players in the offseason and failing to replace them, Onduparaka are one of the three teams tipped for the drop this season and a first-time loss to Express on Saturday will cast further doubt on their survival credentials.

This will be the 7th top-flight meeting between Express FC and Onduparaka FC.

The first six meetings have produced three victories for Onduparaka and three draws, meaning that Express are still gunning for a first victory over the Caterpillars.

Express head into the game without scoring a goal against Onduparaka in their last three meetings.

Last season, Onduparaka FC took four points of Express FC, defeating them 2-0 in Arua before drawing 0-0 in the reverse fixture. 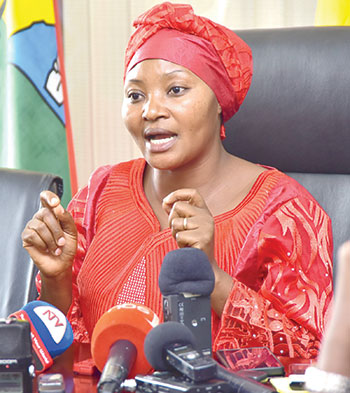