AS Kigali vs Proline FC

Proline FC will be hoping to register their first continental away victory when they take on AS Kigali in the CAF Confederations Cup on Saturday afternoon.

The Lugogo based side who are in their debut season in Africa’s second premier club competition drew 0-0 away to Malawian side Master Securities in the last round and will very much like to take a big result into their second leg against the Rwandese side.

The build-up to this game has been dominated by Proline being docked six points and as many goals in the Uganda Premier League after they failed to turn up for their match-day three fixture at home to SC Villa.

However, that will all be forgotten for at least 90 minutes as they seek to take care of AS Kigali.

Proline have been boosted by the addition of Hamis Diego Kizza to the camp. Kizza is one of a few players currently on the visitors’ rooster with experience on the continent.

“The mood in the camp is good and the addition of Hamis Kizza (Diego) is a big boost for us given his experience. We believe he will be vital in our quest for a positive result. Noted Proline head coach Matia Lule ahead of the game.

Kizza has previously featured for URA FC, Yanga Africans and Simba SC at this level and will indeed be pivotal to a young Proline team that is deprived of continental experience.

Kizza is expected to be paired up front with Ivan Bogere. Bogere scored all three goals as Proline defeated Masters Security 3-0 in the first leg of the Preliminary Round of the competition.

For AS Kigali, they are hoping to use home advantage count so as to have something to protect when they head into the second leg in Kampala.

The Rwandese side who are coached by Eric Nshimiyimana are usually strong at home and will be slight favourites to get the job done on Saturday.

Kigali will hope the duo of Zidane Nsabimana and Rashid Kalisa can replicate the form they showed as they overcame Tanzanian side KMC in the previous round.

Proline squad for the game away to AS Kigali 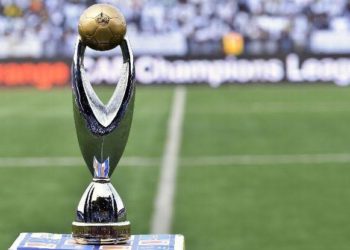