Leku returns to Uganda, to play for Proline FC

LUGOGO – Alfred Leku will forever be remembered by Express fans as a hero.

With the Red Eagles destined for relegation in 2018, the striker scored arguably the most important goal in the club’s history, netting the winner against Masavu FC on the last day of the 2017/18 season.

The goal confirmed Express’s status in the top tier and after that, they have gone on to ensure order at Wankulukuku, one that is perceived as the ingredient to avoid relegation fears in the future and attempt to regain past glory.

However, that has not been the same case for Leku.

After a year filled with struggles and huge spells sitting on the bench, Leku has been let go of and allowed to return to Uganda.

He is understood to have agreed terms and will sign for Proline FC in the upcoming season.

Joining the Lugogo based outfit may be seen as a down-grade but Leku will get a chance to play continental football in 2019/2020.

Shafick Bisaso’s side are the reigning Uganda cup winners, automatically earning a ticket to the CAF Confederations Cup 2019/20202. They are slated to take on Masters Security in the preliminary round of qualification this month.

He was then promoted to Vipers SC by then-head coach Abdallah Mubiru, but never settled in as he was loaned out on two separate occasions.

The energetic striker first spent a season-long loan spell at Onduparaka FC where he impressed with 7 goals across all competitions.

He was then sent to Express FC for the 2017/18 season, scoring three goals with only one coming in the league.

After learning that he would not get playing time at his parent club Vipers, Leku decided to join Jwaneng Galaxy at the start of last season.

Cranes to face Burundi in second round of CHAN 2020 Qualifiers 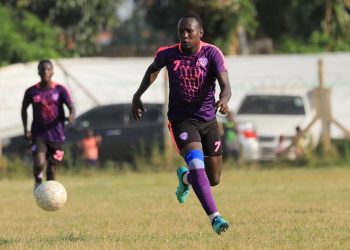 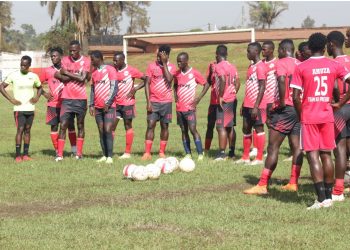