by OUR REPORTER | PML Daily
in Football, SPORT
87
VIEWS
FacebookWhatsAppTwitter

Ssenyondo is a former UPL winner with Express FC, having been part of the team that secured the Red Eagles’ last title in 2012 under the guidance of now URA tactician Sam Simbwa.

The then 18-year old was an integral part of that success, scoring eight goals and assisting three more.

Having returned to Uganda in 2018, Ssenyondo has picked interest in the game once again and is targeting to join a top-tier side for whom he will feature in the near future.

In an exclusive interview with PML Daily, Ssenyondo explained his latest move

“I want to re-join football because I got tired of not playing and being the winner I am, would like to win the league once again because that experience in 2012, was one of the best in my entire life.

“Football has always been a part of me and i feel it is only right to get my self back onto the pitch.”

Ssenyondo sought after greener pastures back in 2012 after leading Express to victory in the League.

He moved to DR Congo to try and further his career but after 6 months of fruitless attempts to secure what he termed as a ‘worthy’ deal, he gave up and returned to Uganda.

Upon return to Uganda, Ssenyondo was advised by a businessman Mbalire Muhammad, to go to Thailand and try out professional football, something he quickly embraced.

It was not hard for Ssenyondo to find a club as Mbalire was well connected in the capital, Bangkok.

Three months after touching down in Thailand, Ssenyondo signed with capital side Bangkok United FC.

At Bangkok United, Ssenyondo became a regular for the side and from 2014 to 2018, he featured in 62 league games, scoring an impressive 36 goals.

During that time, he was approached by then Uganda’s U19 coach Matia Lule who wanted him to represent the nation at that level.

However, due to club commitments, Ssenyondo did not turn up for camp and hence was left out of the underage team.

“Matia (Lule) asked me to come and be part of the U19 team that was set to play continental qualifiers but we were in the middle of the league and could not secure concent from my club to go away for national duty.

“I wanted to come and represent my nation but it just could not be, so I let Matia know i would not be coming and never got another call up until now.”

After his deal with Bangkok United expired in February 2018, Ssenyondo returned to Uganda and embarked on a business career, one that he has been undertaking until July 2019.

“When I came back to Uganda, I was in touch with a few coaches including Pius Ngabo and Kefa Kisala.

“Coach Kefa tried to sign me when he was at Express FC but the move never materialized and eventually he was axed by the Red Eagles.

“This year (2019) coach Pius approached tried to take me to Police FC but once again, the move failed.”

After failing to sign for either Express or Police Ssenyondo held trials with Wakiso Giants, a team that had just been elevated to the top tier.

As things stand, Ssenyondo is set to join them (Wakiso Giants) when the next transfer window opens in January 2020. 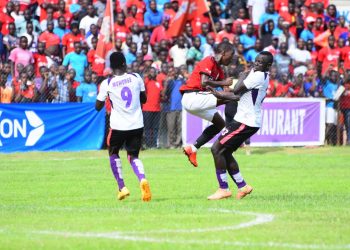 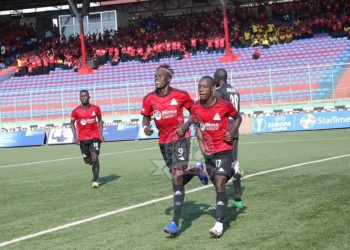