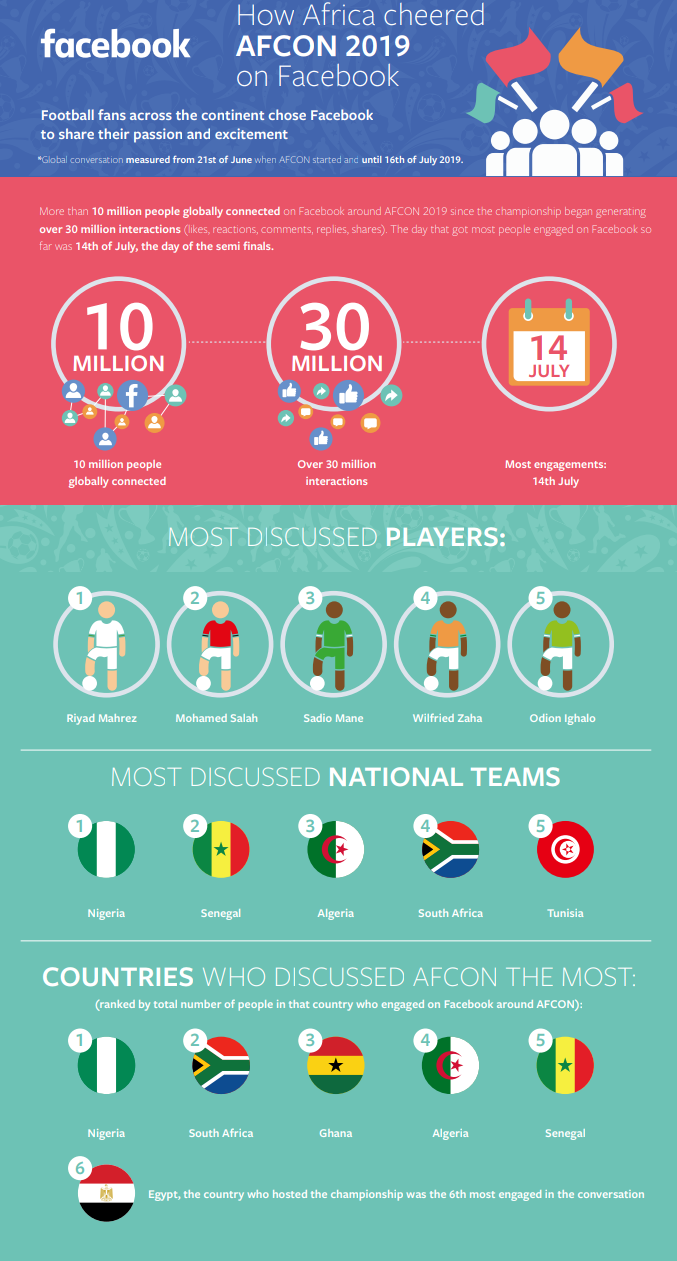 Last week, marked the end of the 2019 Africa Cup of Nations (AFCON), a spectacular tournament, that had people glued to their screens for the month of its duration.

Africa moved to the rhythm of AFCON 2019, with more than 10 million people choosing Facebook to share their passion and excitement about the Continent’s top tournament.

Various people across barriers of nation, language, class and culture took to Facebook to discuss the AFCON 2019.

Based on data measured between June 21 when AFCON started and July 16, Facebook has visualised the most exciting moments of top tournament into an infograhic format, to summarise the month long event.

According to the visual released by Facebook on Wednesday, July 24, the day that got most people engaged on Facebook so far was July, the day of the semi finals.

Riyad Mahrez from Algeria was the most talked about player, followed by Mohamed Salah from Egypt.

The most discussed national teams were, in order: Nigeria, Senegal, Algeria, South Africa and Tunisia.

The countries that discussed AFCON the most were Nigeria, South Africa, Ghana, Algeria and Senegal.
Egypt, the country who hosted the championship, was the 6th most engaged in the conversation.

All data was aggregated and de-personalised.

Conversations were identified based on keywords and combinations of keywords that were associated with discussions around AFCON 2019.