Algeria progressed to the last 16 of the Africa Cup of Nations with a 1-0 victory over Senegal in a Group C contest at 30 June Stadium on Thursday evening.

Sadio Mane made his first appearance in this year’s showpiece after missing the game against Tanzania due to suspension.

Aliou Cisse’s side made a bright star in the opening minutes of the first period with Mane, Keita Balde threatening the Algerian defence.

The Desert foxes however, grew up in the game and were unlucky not to hit the target at the half hour mark when Baghdad Bounedjah’s clip over custodian Meny was comfortably cleared by Kalidou Koulibaly. It was goalless at the break.

Four minutes after the recess, Youcef Belaili fired the 1990 continental champions into the lead with a powerful shot off a Sofiane Feghouli quality ball

In the 72nd minute, Riyad Mahrez nearly doubled the Algerians lead but his effort went wide. Moments later, Bounedjah almost scored into his own net.

Senegal’s Cheikhou Kouyate and Keita Balde were both cautioned while Youcef Atal and Djamel Benlamri also went into the referee’s book on the Algerian side.

Algeria top group C with six points from two games while Senegal have three. The Lions of Teranga will play Kenya in their last group game on Monday whereas Algeria will face off with Tanzania on the same day. 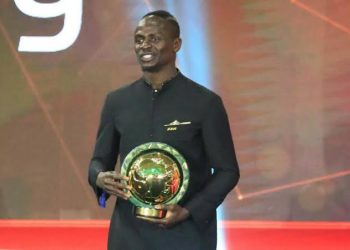 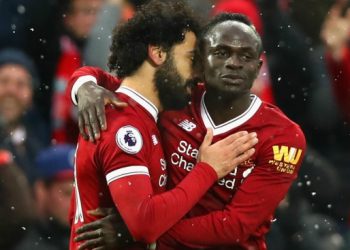