MENGO – The Copa Coca Cola has been a hit throughout its existence in the country as it keeps on developing players, some of whom have featured for the National team.

As the Secondary Schools’ competitions continues to glow, the Federation of Uganda Football Association (FUFA) has come up with a fresh championship that will directly feed the Copa Coca Cola.

Dubbed ‘ODILA’, the championship will be played at primary school level and will cut across all 8 regions in the country.

ODILA was launched on Wednesday at the FUFA House in Mengo.

This is all done as one of the ways to implement FUFA’s five year strategic plan aimed at development of football straight from the grass roots.

The official launch was performed by the Under Secretary Ministry of Education and Sports Aggrey David Kibenge, who was Chief Guest, together with the FUFA President Eng. Moses Magogo.

Speaking at the Launch, Magogo noted that it is the federation’s strategy to achieve its Vision of becoming the number one football nation in Africa on and off the field.

“We can only achieve our vision by following procedures laid down for developing grassroots football. There is no shortcut to football development. We take responsibility to create the category of U15 so that we can track these players. The top clubs in Europe can only recruit players at the age of 17 to take them to the academies and prepare them for the bigger stage.

Magogo also said that ODILA is aimed at categorizing players below the age of 13.

“Uganda is endowed with plenty of talent which is diverse. The new Championship unveiled today is looking at the categorization of the players below the age of thirteen years,’ the FUFA boss observed.

Also speaking on Tuesday, Under Secretary in the Ministry of Education and Sports, Aggrey Kibenge expressed his delight to witness the ceremony and applauded FUFA for the milestones achieved so far in Ugandan football during his tenure so far.

“I thank God for this morning of unveiling such a wonderful football product. It is a game changer. I would like to congratulate FUFA and Eng. Moses Magogo for the vision to Ugandan football and all the milestones achieved. It is a project that was overdue. I am glad that FUFA will take the lead charge in the competitions and technical expertise will be applied. Such competitions have values attached to them but need technical expertise which FUFA provides. We shall engage all stakeholders to take part and I speak with authority that the Ministry will support these competitions.

Ivan Niwamanya from local sports regulators National Council of Sports (NCS) said that grassroots football is the way to go.

“We must tap the talent at this level to get the best results. If we don’t start with the grassroots, we should expect little or nothing.

Registration is in progress at the FUFA Regional offices and 400 primary schools have already confirmed participation.

Deadline for registration is Wednesday 15th May 2019. The Qualification process will start with matches at the district level to determine District Winners who will play at the Regional Finals.

The Championship will kick off on the 5th of June 2019, at various grounds to determine District Champions before they feature at the Regional level.

After the Regionals, the 8 teams that have qualified for the finals will tussle it out at Njeru Technical center to determine the overall winner.

At the same event, a committee which will help execute the tournament was formed.

The committee will be headed by FUFA 1st Vice President Justus Mugisha will be in charge of the championship.

It also has the 2nd Vice President of FUFA Darius Mugoye, Hajji Abdu Sekabira Lukooya, John Bosco Masiko, Farouk Kigongo and one representative from the Ministry of Education and Sports.

The Championship is code-named Odilo is derived from the story of Jipiri and Labongo, meaning a ball in the Alur and Luo communities. 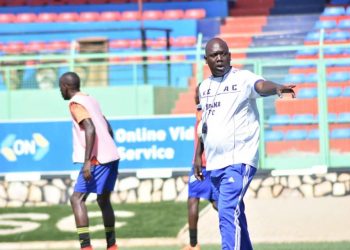 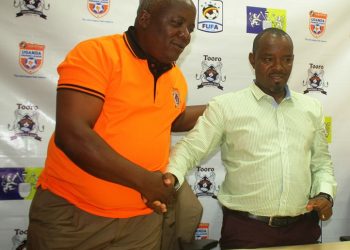 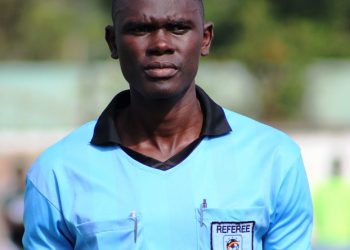 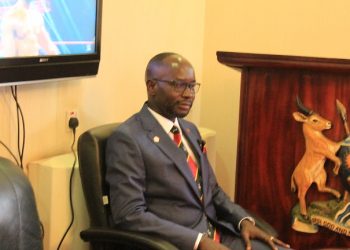